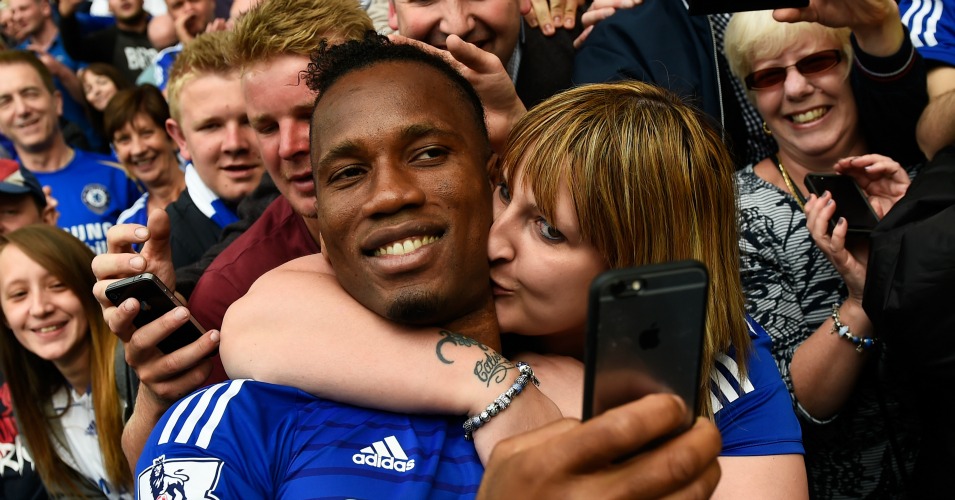 Some summer exits hurt more than others…

Christian Benteke – We’ll start with the obvious one. For all Tim Sherwood’s laughable talk of his heading ability being “better than anything I have seen around in English football”, Rudy Gestede really is no Christian Benteke. And neither is Jordan Ayew. And indeed, why would they be? What can you get for only £8.5m these days? Apart from a couple of Jamie Vardys and an Odion Ighalo. Only one man – Raheem Sterling – moved for more money between Premier League clubs this summer than Benteke and the Belgian’s absence was always going to be keenly felt in the goal desert of the Midlands.

But were they supposed to miss him this much? Benteke scored more goals in his final 13 Premier League games for Villa than the whole squad has mustered in the first 13 games of this season. Ouch.

Didier Drogba – The Sun recently claimed that Chelsea players are petitioning management to bring back Drogba, quoting a source as saying: “Didier was always the man who kept spirits up. He can speak three or four languages and was on great terms with pretty much every different nationality in the whole squad. He was the one who used to post pictures of the players together on Instagram. He bought the gold rings for his team-mates to commemorate the Champions League win in 2012. A few players have spoken about how they miss him and it would be great if he could come back to train and reignite the old spark.”

When examining the reasons for Chelsea’s ridiculous loss of form this season, one oft-overlooked factor is the departures of Petr Cech and Drogba, who contributed far more off the pitch than on during their title stroll. “He was very, very good for these young people: Eden Hazard, Willian, Oscar. They learnt from a good example. His was a fantastic contribution this season,” said Jose Mourinho in May. It seems that too many of those lessons have been forgotten already.

And never, ever underestimate the importance of posting pictures on Instagram.

Edin Dzeko – Recently described as “a poor man’s Robert Lewandowski” by Charlie Nicholas, who was actually being complimentary as he suggested that Arsenal should have signed the gangly frontman in the summer when it became clear that Manchester City considered a record of 50 goals in 130 Premier League games (including several key goals in two title triumphs) to be unworthy of a club aiming for a third title. Dzeko had been very much usurped by the £28m signing of Wilfried Bony, though the Ivorian’s stumbling, bumbling performances this season suggest that may have been a mistake.

Meanwhile, Dzeko has scored four goals in his last four games for Roma. It’s not that the Bosnian is necessarily a better player than Bony, but it takes a certain kind of footballer – in terms of conditioning as well as personality – to thrive as second fiddle. And that’s incredibly important when your first fiddle is made of balsa wood.

Steven N’Zonzi – Yes, Stoke are doing okay. One defeat in eight Premier League games is probably a tad better than okay. But could they be doing better? Replace Charlie Adam with N’Zonzi behind that attacking trio of Xherdan Shaqiri, Marko Anautovic and Bojan and in front of a defence galvanised by Ryan Shawcross and you would actually have a midfield capable of bridging the gap. Only Villa have scored fewer goals in the Premier League and Stoke have never scored fewer at this stage of the season; no goals or assists from central midfield makes it obvious where the weakness lies.

Glenn Whelan has certain admirable qualities but N’Zonzi was the class act in that midfield partnership, as capable of carrying the ball from his own half as screening the Stoke defence. What’s more ridiculous – that Stoke only got £7m, or that they have only ever sold one player for more money? We wonder whether he is casting regretful glances towards the Potteries from the Sevilla bench.

Morgan Schneiderlin – Next on the list of summer inter-Premier League transfers behind Sterling and Benteke is the Frenchman plucked from the Southampton midfield by a Manchester United manager desperate for energy in his central midfield. Read these statistics and get all glassy-eyed Saints fans: 3.7 tackles per game. 2.6 interceptions per game. That’s the sort of form that saw Southampton boast 26 points at this stage last season, thanks to just nine goals conceded in 13 games. Key to that record were partnerships between Jose Fonte and Toby Alderweireld in central defence, and Schneiderlin and Victor Wanyama in central midfield. While Alderweireld has been ably replaced by Virgil van Dijk, there have been chances for Steven Davis, Jordy Clasie, Oriel Romeu and James Ward-Prowse in Scheniderlin’s stead. None have the Frenchman’s physicality allied with drive and vision.

Clasie has been the biggest disappointment but perhaps we will only be able to judge the Dutchman when he is fully fit. “The first minutes against Liverpool away, I look on the board and it felt like I had been play for 40 minutes and there was only 20 minutes on the board,” he said this week. He has been at pains to play down comparisons to Schneiderlin; at the moment there really is no comparison to be made at all.