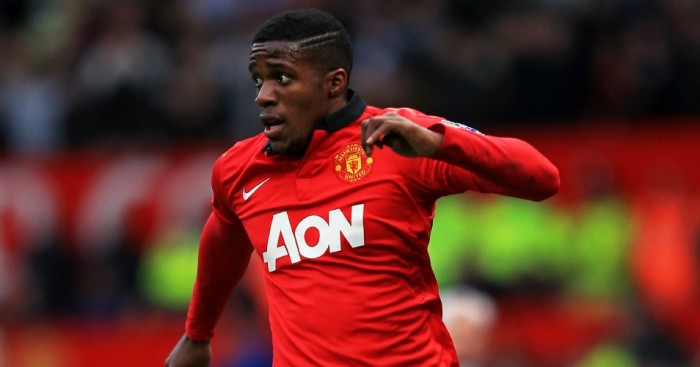 Wilfried Zaha
Jose Mourinho has never made any attempt to disguise his love for Willian, nor his lust for Ivan Perisic. But then the Portuguese is fixated with the politics of football, so his fascination with the right wing should perhaps come as no surprise.

“My initial analysis from January and progressing through other months: I was thinking of four players but I am not a difficult person to work with, even if it looks different or you want to make it look so,” Mourinho said in summer 2017, having already stopped playing with his new Victor Lindelof, Nemanja Matic and Romelu Lukaku-shaped toys to demand another expensive gadget.

“We have a centre-half, central midfielder and striker, so obviously another player would be one coming from the sides,” he would add, and it’s a desire that has been allowed to fester and grow into an obsession. Deep into his third season in charge, Mourinho is no closer to solving his or United’s right-wing conundrum.

Zaha would be the perfect answer. He has vast amounts of Premier League experience, would both fill a problem position and offer another dimension in attack through his pace, skill and direct style, and even boasts the marketability factor the club so crave.

Three players have started on the right wing for United this season. Juan Mata, Jesse Lingard and Marcus Rashford have done precious little to make the spot their own. If Zaha can possibly be tempted to walk straight back into “hell”, United would be stupid not to make it happen.

First things first, let’s see him up against Diogo Dalot.

Martial is the ONLY player in our squad to have scored more league goals for United during that period (28). He’d walk into our RW spot if he joined tomorrow. ⚡️ pic.twitter.com/5bbQpcQW9F

Nathan Ake
Soon after declaring how “bored” he was by the transfer market, Maurizio Sarri reluctantly threw a bone to a begging and potentially disobedient English media. “I spoke with the club and ideally I think that a pinch of quality is lacking in our centre-halves for a certain type of play,” he said. “I cannot give you the names because I don’t know.”

Atop any list of potential candidates for the role would have surely been a player who started an FA Cup semi-final for Chelsea just 19 months ago. Nathan Ake is more experienced and suited to Sarri’s game than Andreas Christensen, despite only being just over a year older. He is an undeniable upgrade on the ageing Gary Cahill, and is blessed with pace, strength, skill and versatility. What’s not to love?

Next month quite unfathomably marks the fifth anniversary of his Premier League debut. When the Dutchman replaced Juan Mata in second-half stoppage-time of a 2012 Boxing Day victory over Norwich, it was a cursory nod towards his hard work, prodigious talent and bright future.

As with many Chelsea youth-team graduates, said future lied elsewhere. Ake spent a short time on loan with Championship side Reading in 2015, quickly establishing himself as too advanced for that level. A spell with Watford followed, before Bournemouth gave the Dutchman the stable platform he so craved.

Chelsea might look back on Antonio Conte’s claims that “young players lose their patience very quickly” with immense regret. Ake returned to Stamford Bridge in January 2017, started the 4-2 FA Cup semi-final victory over Tottenham and made the bench for the final, but was sold that summer. Their trash was recycled by Bournemouth, and now Chelsea really could do with their treasure back.

Sadio Mane
There is only one thing more damning than the fact that only three Southampton players have more goals and assists in all competitions since the start of the 2014/15 season than Sadio Mane (39): Graziano Pelle (40) is one of them. Throw in Shane Long’s 46 goals and assists in four and a half years as a striker, and departed Dusan Tadic’s 59, and you have a club whose limitations are painfully obvious.

Southampton are still suffering for Mane’s absence over two years after he left for Liverpool. They have since signed six attacking players permanently for a combined £83m, but none of Nathan Redmond, Sofiane Boufal, Manolo Gabbiadini, Guido Carrillo, Stuart Armstrong or Mohamed Elyounoussi have been able to fill the sizeable void. That sextet have scored 25 goals for Southampton between them in all competitions; Mane scored 25 by himself over his two seasons at St Mary’s.

The flagging attack cannot be entirely attributed to Mane’s sale, but in this case, correlation really does imply at least some level of causation. The big fish thrived in a small pond at Southampton, and has kept his head firmly above water at Liverpool. His former club, meanwhile, are stranded at sea.

Glenn Murray
“I’m pretty sure that if you spoke to our strikers as a body and you asked that question, ‘Is it time for you lads to start stepping up and scoring goals?’, of course they’d all say, ‘Yeah, absolutely, 100 per cent’,” said Roy Hodgson last month, imagining the most Roy Hodgson conversation of all time.

In reality, a rather more stern talk might be necessary. The last Premier League goal scored by a Crystal Palace striker was on January 30 when Christian Benteke headed Andros Townsend’s cross in during a 1-1 draw with West Ham. Benteke, Alexander Sorloth, Jordan Ayew and Connor Wickham have all tried and failed to find the net in the subsequent 25 league games.

Glenn Murray has scored six goals this season alone, and 13 this calendar year in a far less creative or attacking Brighton side. The 35-year-old might have struggled to make a real Premier League impact in his four years at Selhurst Park, but the bar is set as low as possible right now.

#Palace are a good team but ain’t had a proper striker since @GM_83 left. Solve that problem and they challenge for 7th.

Andre Gray
Burnley are not a complicated team. They favour a direct style, have had the same manager since 2012, and have a relatively low player turnover. Familiarity has bred success for years, but the first signs of contempt are starting to emerge from the cracks.

After enacting Plan A to devastating and impressive effect last season, Sean Dyche is now paying for his lack of a Plan B. Burnley have no alternative way to attack, no way of squeezing through the tiny gaps created by their faulty battering ram. Their most-used substitute is Ashley Barnes (nine games), followed by Chris Wood (seven games) and Sam Vokes (four games). When their 6ft 2ins taxi fails to turn up, the next cabs off the rank are both 6ft 1in and similarly unreliable.

Matej Vydra is a smaller, quicker but equally ineffective option. “He’s different from the strikers we’ve got,” said Dyche when the Championship stalwart arrived in the summer. “He offers a different positional sense where he can play as a deeper striker – a number 10 – but equally he can work off the shoulder of defenders as well.”

It was a role cast for Gray when he followed 23 goals in their promotion-winning season with nine in their 2016/17 Premier League campaign. What Dyche would give for him to reprise it now.