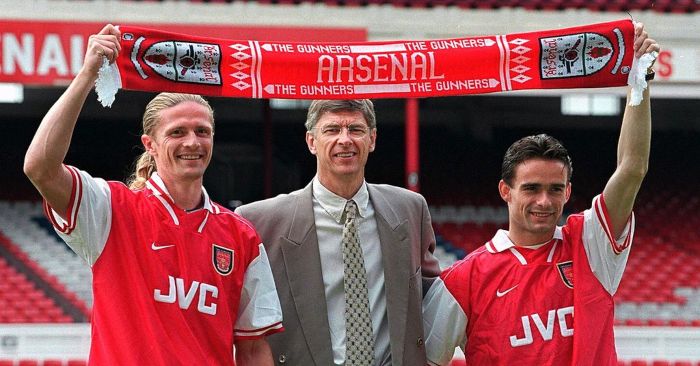 “Jose has one system but he works on that system very well. He’s got the specific players for the right system. One day, when I first met him he told me ‘I need two players, I’m going to sign Diego Costa. If you come to me…’, he drew me the team on paper and said ‘this team is winning the title’.”

And so it came to pass. Jose Mourinho, off the back of what was then his lowest-ever league finish ever of third, knew Chelsea had to respond. Four players had registered double figures for goals in 2013/14, and while Samuel Eto’o, Fernando Torres and Oscar impressed in other competitions, Eden Hazard was the only player to hit at least ten in the league.

To bridge the gap to Manchester City and Liverpool, Mourinho not only purchased better bullets but invested in an upgrade to the gun itself. Cesc Fabregas joined from Barcelona on June 13 and Diego Costa took a similar route from Atletico Madrid little over a month later. The former assisted 18 goals and the latter scored 20, six of which were laid on directly by his new midfield teammate as the champions benefited from that season’s most potent combination in the league.

Samir Nasri and Sergio Aguero
One of those things is not like the other. In one corner is a Drip Doctors client and brief fling in Manchester City’s recent romantic history. In the other is a player with a doctorate in goalscoring, one of the club’s genuine true loves.

But without the nuance of Nasri, one could argue there would have been no Aguerooooo moment. Roberto Mancini signed both, along with Gael Clichy, Stefan Savic and Owen Hargreaves, in his desperation to help the noisy neighbours turn up the volume on Manchester United in 2011/12. He succeeded by virtue of a goal difference Nasri helped augment.

Aguero’s 23-goal impact was obvious. Yet Nasri contributed a hat-trick of assists on his Premier League debut against Tottenham, the opener in a 3-2 win over the same team in January, and a winner against Chelsea in March. He bloody well earned his first title.

Petr Cech and Didier Drogba
For around £30.8m, Roman Abramovich, Mourinho, Claudio Ranieri – lest it be forgotten – and Chelsea guaranteed more than two decades’ worth of impeccable service from a couple of club legends. Paulo Ferreira, Arjen Robben, Mateja Kezman, Tiago and Ricardo Carvalho all arrived at Stamford Bridge in the summer of 2004 and achieved varying degrees of success. Petr Cech and Didier Drogba were the stand-out signings.

That was not necessarily the case at the time. Cech was hardly well known when Chelsea agreed to sign him that February, with Euro 2004 later cementing his reputation. Drogba was a record signing greeted with immediate scepticism, despite a compelling character reference from Mourinho.

He did not even play as decisive a role in Chelsea’s first Premier League title as he would with their subsequent trophy collection. But his ten goals were invaluable and only beaten by Frank Lampard (13) and Eidur Gudjohnsen (12), while Cech’s 24 clean sheets in 35 games remains utterly ludicrous.

Jaap Stam and Dwight Yorke
In the summer of 1998, Alex Ferguson encountered a relatively new problem. Manchester United had missed out on the title before – to Blackburn three years prior – but the emergence of Arsenal as a credible threat was different. They were thrilling, impermeable and guided by a genius. Most importantly, they possessed the longevity and sense of permanence that Rovers lacked.

That required a stern response. United signed only Teddy Sheringham, Erik Nevland and Henning Berg in the summer of 1997, so they needed to make a statement 12 months later. Ferguson conducted spine surgery and improved both his defence and attack. Gary Pallister was sold to Middlesbrough and replaced by the world-record signing of Jaap Stam. Dwight Yorke fled John Gregory’s office to supplement a strikeforce Ferguson knew needed one final ingredient if it was to challenge on all fronts. Stam and Yorke played 51 games each and were rewarded with a Treble.

“We wanted players who are used to winning, used to the pressure in the big clubs, and who are winner-types,” Arsene Wenger said during his first Arsenal pre-season. “I think Emmanuel Petit and Marc Overmars have proved before that they are used to being in clubs where you have to win, and that’s very important to us.”

While hindsight shows it to be a weird Charlie Sheen precursor, it was also Wenger at his finest. The pair were signed for less than £10m between them and helped inspire only the eighth double in English football history in their debut year.

Robbie Slater and Chris Sutton
A candidate for this XI, Austrailblazer Robbie Slater is not the first name that comes to mind when reminiscing over Blackburn’s title win in 1995. But Kenny Dalglish spent money on only two players in the summer before his coronation, with the Lens midfielder slightly overshadowed by Chris Sutton’s British record deal.

Sutton would score 15 goals and form an enthralling double act with Alan Shearer, while Slater was far more of a peripheral figure. But he played 18 games and registered more than 1,000 Premier League minutes. Take it from the Independent’s match report from Stamford Bridge in September 1994: without Slater, there might never have been a title.