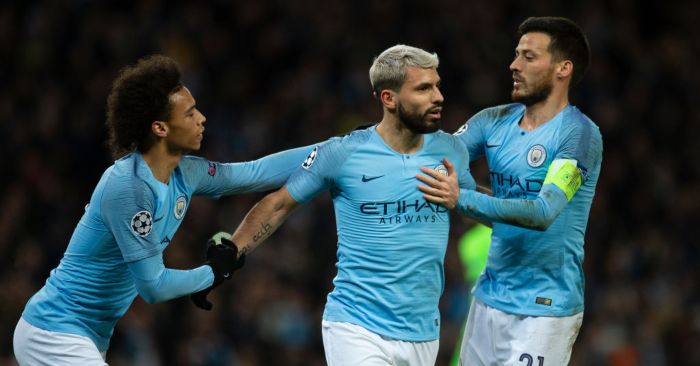 Leroy Sane
It seems that Leroy Sane might soon realise an ambition that has been left to linger for almost a year. The Manchester City winger has rather openly courted Bayern Munich and the feeling is very much mutual, but a long-term knee injury suffered upon his surprise start in last August’s Community Shield delayed the inevitable.

The 24-year-old seems destined to return to Germany, with those “insane” figures perhaps becoming a little more rational over time. City have certainly missed those scything attacks of Sane’s this season, but it already feels like they are ready to move on from a player whose contributions should not go unnoticed. The 2017/18 Young Player of the Year scored ten league goals each in both of City’s last two title-winning campaigns.

Pedro
“I’m terminating my contract, but right now it’s not the most important thing, nor have I stopped to think about it,” said Pedro last month, inadvertently proving his point by adding the very next day: “My current contract is coming to an end but I still have to talk to the club.”

Pedro claimed that he had been mistranslated in the initial interview but giving a clarification to the official Chelsea website offered no more transparency or certainty. To tell formal club channels that “my wish is to be able to stay here” feels more like lip service than anything, and after half a decade in England the winger would be forgiven for jumping before he is pushed out by the Stamford Bridge youth movement. A move closer to home could suit the Spaniard – or links with Roma in the rejuvenating Serie A might make sense for someone who turns 33 in July and has already won everything on offer.

Christian Fuchs
It really is Fuchs’ ache: whether to elongate a Leicester spell that has already reached unfathomable heights, or join his family to pursue budding business ventures in New York. “I actually wanted to move to my family in the United States last summer, but because of Brendan Rodgers, I extended until the summer of 2020,” he says of a decision that will have to be revisited soon.

The lure of spending a year closely studying the inner workings of a football genius proved too tempting for the left-back less than 12 months ago. Fuchs has been rewarded with seven Premier League starts, more minutes than Marc Albrighton and Kelechi Iheanacho and a couple of Jamie Vardy skittle vodka shots a week. The 34-year-old could opt to extend his stay once more to experience one final Champions League campaign, but his actual family will surely prove more persuasive than his Leicester one.

David Silva
The best player of the last decade will depart mere months into this one. David Silva described this summer as “the perfect time” to close the curtain on a transformative tenure at Manchester City and not even a global pandemic will change that.

The solitary Copa del Rey he arrived with as a 24-year-old has been supplemented with four Premier League titles, two FA Cups, five League Cups, two European Championships, one World Cup, two PFA Team of the Year nominations and, most unfathomably of all, just one Player of the Month award. Peter Odem-bloody-wingie has three.

It would be an immense but understandable shame if his final games on these shores are played out behind closed doors. El Mago deserves the fondest of farewells and one last smattering of applauded appreciation for his genius, before that difficult goodbye.

Chris Smalling
With three fewer appearances than Rio Ferdinand in 2010/11 and more minutes than Paul Scholes and Anderson in 2012/13, Chris Smalling contributed as much to Manchester United’s two most recent Premier League titles as some of the club’s most enduring modern greats. But his reputation as a clumsy, error-prone defender, propagated at least somewhat by Gareth Southgate’s reluctance to pick him and Jose Mourinho’s desire to ridicule him, has stuck.

There were times during Louis van Gaal’s memorably forgettable Old Trafford reign in which Smalling was a genuinely excellent centre-half. Roma have rediscovered remnants of such promise during a productive loan that has returned some commanding performances and the honourable moniker of ‘Smaldair’ after the club’s legendary Brazilian defender.

The 30-year-old has fared so well that he wants to make his Italian renaissance a permanent one. There is a twist in that particular tale but put it this way: the prospect of watching Smalling alongside Harry Maguire at United – a defensive pair with the collective turning circle of a moderately-sized planet – is slim.