They are Premier League winners but they are now surplus to requirements. 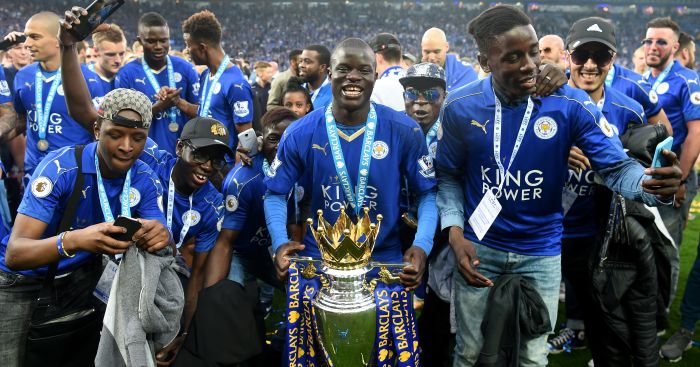 They won the Premier League with their clubs, but now the clubs would quite like to get some money for them please…

N’Golo Kante (Chelsea)
The highest earner at Chelsea is now starting barely half their games as all of those thousands of kilometres have caught up with the Frenchman, who has endured three separate significant injuries this season. His absence is no longer reason for despair, with fellow central midfielders Jorginho and Mateo Kovacic now tackling more than the 29-year-old, whose three Premier League goals and zero assists do not suggest that he is swapping defensive duties for goal threat and creativity.

There is talk of Kante being sacrificed to the Madrid gods in order to part-fund the project to turn Chelsea into title contenders and there is certainly some credibility to that theory. Particularly when you see how bloody good Billy Gilmour is promising to be…

Lots of Jorginho talk last night, but this was prime Kante from Gilmour. #CFC pic.twitter.com/CJJnbyte5f

Phil Jones (Manchester United)
The only members of Manchester United’s victorious 2012/13 squad still employed by the club are Jones, Chris Smalling and David De Gea. It’s fair to say that only one of those men has a future at United, while the other has at least earned himself options by playing very well for Roma this season. Jones? He started one game against Sheffield United in which he made a calamitous mistake and was substituted at half-time and then started the 2-0 defeat to Burnley which was probably the club’s worst performance of the season.

Jones has spoken this week about all the clubs he turned down when he joined United in 2011. It’s fair to say that he will not have the same list of options nine years later. The poor fella even knows he would not sell tickets to a testimonial.

Nicolas Otamendi (Manchester City)
Take your pick from the names on this list but while John Stones could yet recover, Otamendi’s time at Manchester City is surely over. The fact that the Argentine entered lockdown as a member of City’s starting XI owes rather more to a lack of options than the quality of the 32-year-old, who is on roughly his 17th life at City.

Daniel Amartey (Leicester City)
Of those who remain at Leicester from their title triumph – Marc Albrighton, Amartey, Christian Fuchs, Demarai Gray, Wes Morgan, Kasper Schmeichel and Jamie Vardy – Amartey’s name jumps out as the one man Brendan Rodgers would struggle to pick out of a line-up; the Ghanaian has not played a Premier League game for the Foxes since suffering an ankle injury in October 2018.

He nearly left for Trabzonspor last summer but he will surely not survive another summer in the East Midlands. Man cannot live on the occasional EFL Trophy appearance alone.

Michy Batshuayi (Chelsea)
One Premier League start (and a whole load more from the bench) led to one Premier League winner’s medal in his first season at Chelsea, but the Belgian has never really been wanted by a succession of Chelsea managers. He has been sent on three loan spells in four years with the Blues, thriving with Borussia Dortmund before flopping with Valencia and then doing pretty much exactly as you would expect at Crystal Palace.

Back at Chelsea this season, he has started just one Premier League game in that bizarre period when Tammy Abraham got injured but Frank Lampard was reluctant to play Olivier Giroud. His one goal this season (the final strike in a 4-1 win over Southampton) will not earn him another campaign after Chelsea have spent some of their frozen cash reserves this summer.