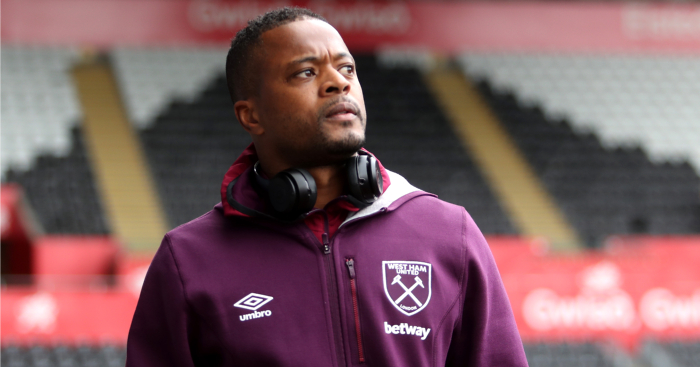 Yaya Toure (Manchester City)
Eight years as a Manchester City player will end this summer with Toure claiming the last of three Premier League titles. He earned a reprieve with his performances in the latter half of last season but the end of the road is now very much in sight – he has not started a single top-flight game this season. It’s been a different kind of title win than 2013/14, when Toure’s 20 Premier League goals dragged City to the trophy.

Where next? “It’s my idea to stay in England, I always say that if I went to China I would end up feeling angry there. Do you play football because you love football – or do you play because you want to make money? What’s the purpose?”

We absolutely expect him to join West Ham.

Robert Huth (Leicester City)
Astonishingly, Huth has the same number of Premier League winner’s medals as Toure, having claimed two as a bit-part player at Chelsea as a young man. He really did earn the third, playing 35 of Leicester’s 38 games in the unlikeliest of title triumphs. But then last May he suffered serious injury and has not had the chance to persuade Craig Shakespeare, Claude Puel or whoever comes next to offer him a new contract. The Foxes’ defensive future now lies very much at the ungainly feet of Harry Maguire.

“It is a shame with Huth. It did look as though he had one or two years left in him but he has been really unlucky that he has picked up an injury that has kept him out for such a long time,” said former Leicester transfer guru Steve Walsh last month. Auf wiedersehen, big man.

Glen Johnson (Stoke City)
Huth’s Chelsea teammate from that 2004/05 title triumph will join him on the job market this summer as his four-year spell at Stoke comes to an end, regardless of whether they can somehow survive relegation. He has started six Premier League games this season and five of those games have ended in defeat, while the other was a 1-1 draw with Burnley. He has at least forced his way into Paul Lambert’s end-of-season plans – having reportedly been in talks to leave the club early in January – even if the Potters will surely now build around Moritz Bauer.

A reminder: Johnson was called up by new England manager Gareth Southgate as recently as October 2016.

Patrice Evra (West Ham United)
Clearly just signed for the hashtag – #ForEvraBlowingBubbles – because there is literally no other reason to sign a 36-year-old defender in January who had not played football since October. To say it has not gone well is something of an understatement; he has lost each of the Premier League games he has started 4-1. His latest performance – against Manchester City – ended after 66 minutes of struggle at centre-half. One reporter awarded him a generous 3/10.

Rumour has it Evra was in the middle of shouting I LOVE THIS GAME right when the ball deflected off his head and into the net.

Still, he has five Premier League medals so there’s only so much we should take the p***.

Stuart Taylor (Southampton)
With the title already won in the 2001/02 season, Arsenal manager Arsene Wenger chose Richard Wright to start the final game of the season against Everton, and then brought on Taylor – then just 22 – for the last few minutes so both could claim a title winner’s medal. Nice. Since then he has played only 24 Premier League games for five Premier League clubs, the latest of which is Southampton. He will leave this summer (probably to another PL club) having appeared on the bench just once this season.

“Every coach I have had, every goalkeeper I have worked with, has said I should have played 200 or 300 Premier League games. I look back at it and think the same,” said Taylor in an excellent interview in the New York Times. Instead he has barely played at all. But he still has that medal, which is more than can be said for the likes of Shay Given and David James.