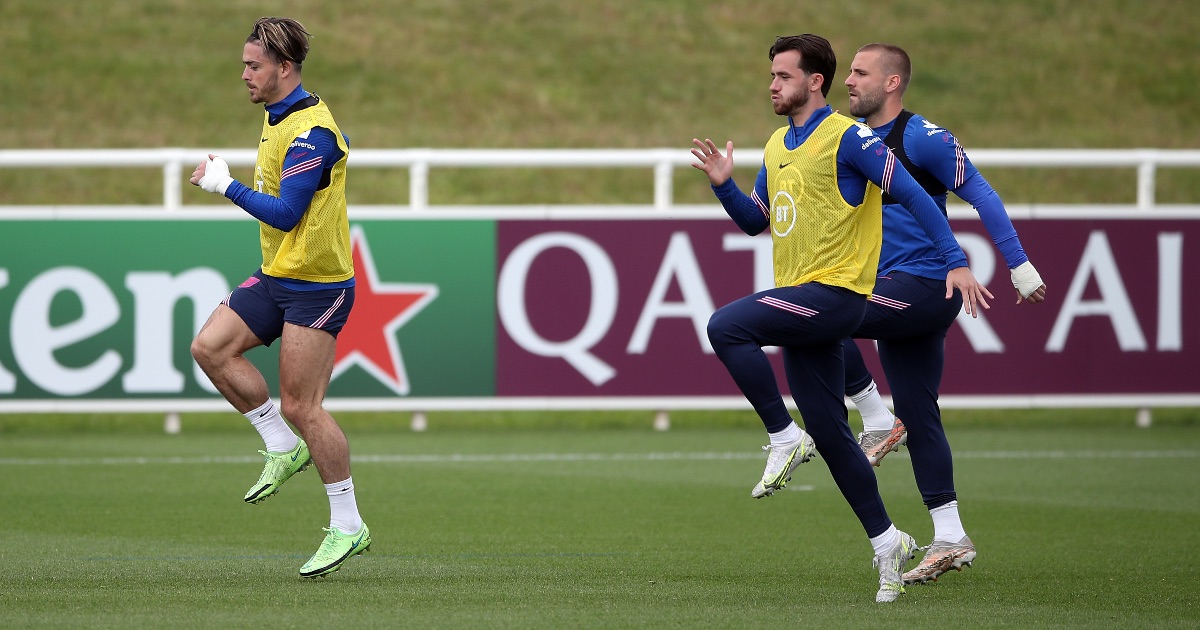 Are England good or are Croatia just really quite bad? That’s the question we will continue to mull over, but Gareth Southgate has more pressing conundrums ahead of the clash against Scotland on Friday…

Do we need Trippier at left-back again?
All of Southgate’s questionable selection decisions against Croatia were justified: Kalvin Phillips was superb; Tyrone Mings proved doubters wrong; Kieran Trippier was effective. And they won. Job done.

Phillips’ performance makes him undroppable, rotation besides, and Mings will keep his place until Maguire returns. But picking Trippier on the left against Scotland would be hard to explain.

His selection on Sunday was rationalised through a combination of defensive solidity and set-piece prowess. The latter was an aside to the former; a sweetener for those that were bemused by his selection, allowing Southgate leeway with memories of beers thrown after five minutes of the World Cup semi-final.

But it was really all about shutting Croatia out. Mason Mount took England’s only corner and the better of their two free-kick attempts at goal, with the wall blocking Trippier’s effort from curling harmlessly wide. And with the actual left-backs – Luke Shaw and Ben Chilwell – both set-piece takers for their clubs, using dead ball situations as a reason to opt for Trippier doesn’t really fly.

It’s therefore a question of whether Southgate feels he needs the man he perceives as being more defensively sound against Scotland: a team unlikely to do all that much attacking.

England will have the majority of the ball and the difficulty will be in breaking Scotland down, not keeping them at bay. There were a couple of occasions when Trippier got into crossing positions against Croatia but chose not to cross, where Chilwell or Shaw almost certainly would have done. Any opportunity to get the ball in to Harry Kane has to be taken on Friday.

And it’s not as though the left-footed options pose a problem defensively: Shaw was outstanding all season for Manchester United and Chilwell was brilliant in Chelsea’s Champions League run-in. It’s the un-risk worth taking.

Do we need Walker at right-back again?
Kyle Walker was fine defensively, but rubbish – absolutely rubbish – in attack. He fired passes out of play, miscontrolled the ball whenever he got in any sort of crossing position and generally hampered England’s forward progression.

As with Trippier, his inclusion was a means to an end, but with all the furore over England’s extraordinary attacking talent at right-back it would be really nice to see some of it.

But then should Southgate be so concerned by Scotland’s strengths? Unleash Reece James and he’s got a perfectly adequate defender, who played in a back three for much of Chelsea’s end-of-season heroics, with pace like Walker, strength like Walker and the added bonus of a wicked right foot to feed a service-starved striker…

How can we get the best out of Kane?
“The days of keeping him [Kane] on the pitch so he can make the most of every minute in pursuit of the Golden Boot are over,” said Jamie Carragher after the England striker’s quiet opening game.

Firstly, when has Kane ever been kept on the pitch by Southgate with that personal gong in mind? He was removed after an hour with England 6-0 up against Panama in the World Cup and was rested for the final group game against Belgium. Southgate’s call to take Kane off on Sunday made perfect sense. He brought Jude Bellingham on to shore up the midfield and put Marcus Rashford through the middle to threaten on the break and force Croatia back towards their own goal. But let’s not pretend the Golden Boot has anything to do with anything – what nonsense. 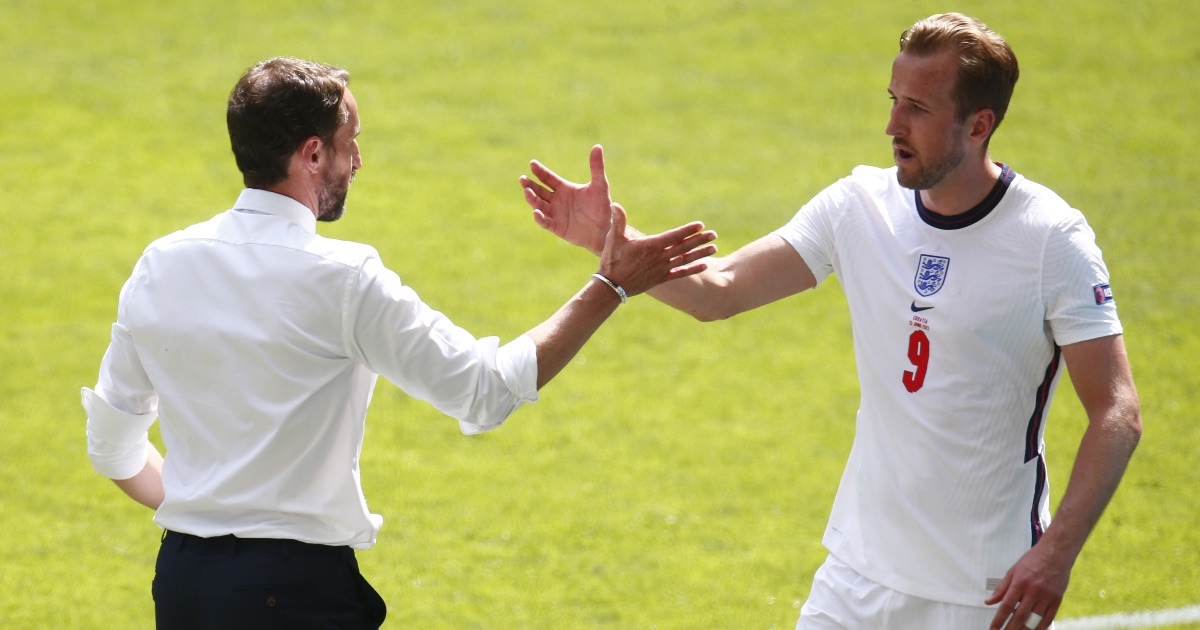 Kane didn’t play well, but he didn’t play badly. He will start every game for England because he’s the best player and one of the most deadly strikers in world football. And let’s remember, he needs a chance to be able to take one.

There is a case to suggest that Kane’s adaptation this season, which has seen him drop deeper for Spurs to link play, is misaligned with this England team. While Tottenham don’t have attacking midfielders to fill that space, England have an abundance of them.

We won’t and shouldn’t see the new Kane, but can enjoy the best of the old. Mount, Phil Foden or Jack Grealish can be the playmakers in this side, meaning Kane can always be on the end of through balls and crosses rather than the supplier of them. And that’s fine: Kane may well be the best at everything, but he doesn’t need to be and his finishing remains his most important asset to this England side.

When should Maguire be brought back in?
There’s no doubt that Harry Maguire is in England’s best XI, but the win over Croatia has given Southgate some elbow room. If England had lost or even drawn that game, Maguire – who has returned to training having not played since the start of May – would be starting against Scotland if in any way possible. The syringes would have been primed.

But the three points, allied with a very solid display from Mings, makes a match-ready Maguire a bonus rather than a necessity. If he needs more time to reach peak fitness, he can be given that time.

Being a centre-back makes the return a little tricker to navigate than it would be for others. It’s not a position where players are introduced to ‘give them minutes’ unless the result is beyond doubt. Replacing Mings with Maguire with England 1-0 up with 30 minutes to go would be very weird indeed.

The ideal situation would be for him to cheer a win against Scotland from the stands and then to have a nice little run-out against the Czech Republic before the knockout stages. No-one, least of all Maguire, wants Kylian Mbappe to be the first face he sees.

Should Grealish start over Sterling?
Some of us just couldn’t let it go. Yes, Raheem Sterling was England’s best forward. Yes, he scored the only goal of the game. Yes, it was a lovely moment with the house he grew up in a stone’s throw from where he scored his first tournament goal. But WHY NOT GREALISH, GARETH?!

It doesn’t matter now. England may have won more convincing with Grealish; they may have lost. What matters is Scotland – a very different proposition that may suit Grealish more than Sterling.

There will be a lot of sideways passing and probing for openings. Controlling the ball in space in front of the defence should be valued over breaks into a lack of it behind. Sterling’s obvious advantage over Grealish is his speed off the ball, but he is unlikely to have much opportunity to display that asset.

The key – boring though it may be – will be possession. Keeping the ball; moving the Scotland defence from side to side to open them up. Grealish has the edge over Sterling there. He has a wonderful ability to keep hold of the ball in tight spaces, play cute passes and beat his man through close control.

It’s in games like this when Sterling can be at his most frustrating. Moves often break down with the ball at his feet and he has a weird tendency simply to run into opponents hoping for some sort of kindly ricochet. But then again, is he worth playing for that burst of speed? That quick one-two to get to the byline or the dart off the shoulder of the defender. He’s a ‘moments’ player and that makes him both hard to predict and – particularly after a goal in the opener – very hard to drop.