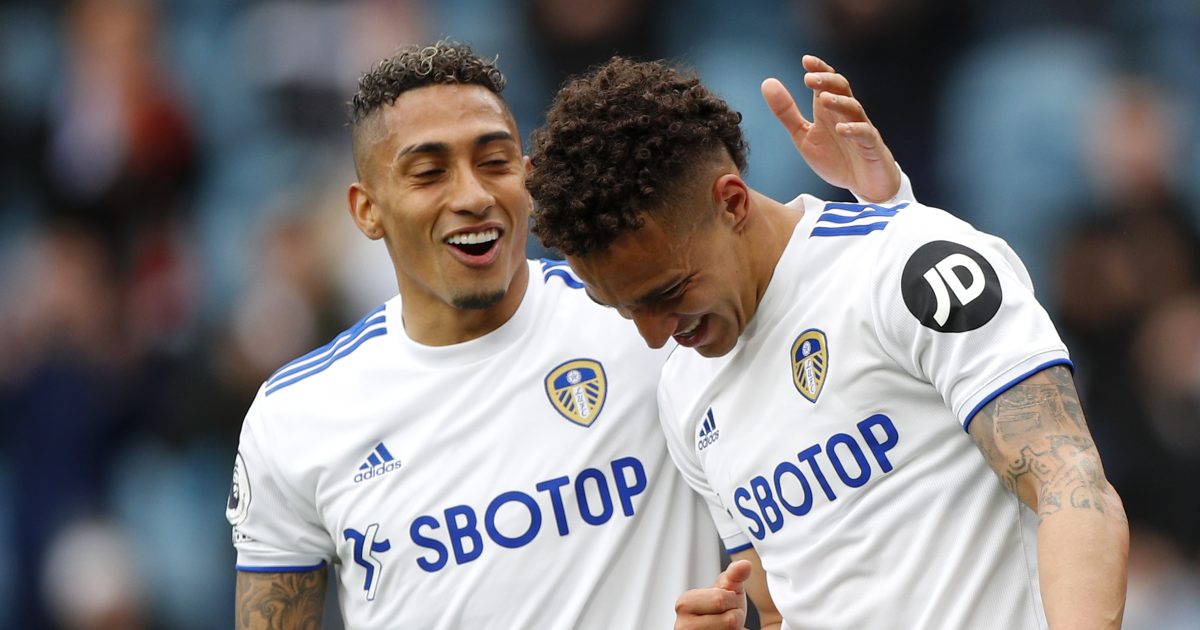 If at any point last season your team beat Leeds United, you probably still had to endure Rio Ferdinand and co talking about how entertaining Marcelo Bielsa’s side were to watch despite the fact they lost. Leeds were the darlings of every pundit, commentator and journalist, who talked more about ‘breaths of fresh air’ than any weather forecaster.

The Yorkshire club came back up to the Premier League with intent and they flexed their muscles with the elite, with none of the so-called ‘big six’ managing to take all three points at Elland Road.

But don’t fall into the trap of thinking that it was a Sheffield United-style one-season wonder, Leeds are a well-oiled machine with a genius manager controlling all the moving parts with serious precision. The Whites can do even better next season and here are five reasons why.

That man Marcelo Bielsa
Bielsa is an excellent manager with serious pedigree and he has recently said he’s happier in Yorkshire than anywhere else in his career. The Argentine is known for liking his jobs to be a challenge and finishing above ninth next season will certainly be a challenge. Many will say that Leeds were an unknown quantity and cite that as the reason for their success, but Bielsa has built his team in a specific way to fit their style of play. It’s no accident.

Although everyone now knows that their strengths are quick-flowing, open, counter-attacking football with fitness on their side, there’s a reason Bielsa won’t change; the style is somewhat inevitable. It relies on their ability to transition and stay in the game for 90 minutes with every player buying into the Bielsa way without a need for Pep Guardiola-like micro-management. If the players are right for the system it will work, regardless of the opposition.

Next season should see an improvement and extension of an already impressive system as they settle into the league rather than a need to reimagine the tactics to avoid being ‘found out’.

Settled South Americans
Leeds made probably one of the most underrated signings of the season in tricky winger Raphinha (who made our uncapped XI). The Brazilian really started to come in to his own towards the back end of the Premier League campaign and managed six goals and nine assists. After getting 30 appearances under his belt, he will now be able to come into the new season settled and bring more attacking flair and threat to an already exciting side.

Another talent that has now settled into the league is Brazilian-born striker Rodrigo, who bagged four goals and an assist in the last four games of the season. He too struggled at the start of the season and rarely got a chance ahead of Patrick Bamford, but with the Spanish international used to English football now, he could start next season with a bang.

A consistent back line
Injuries plagued the Leeds defence last season with both new centre-back signings Robin Koch and Diego Llorente struggling for consistent minutes. Koch is part of Germany’s Euro 2020 squad and is rated very highly by Joachim Low while Llorente is in the Spain squad, though the ‘signing’ of Aymeric Laporte has seen him lose his starting place.

Leeds signed two fantastic international footballers, but we haven’t seen anywhere near the best of them yet. As a side that were known for outscoring opponents after leaking goals, they will be a much more solid outfit if the two can stay fit and play consistently between Luke Ayling and Stuart Dallas.

The Yorkshire Pirlo
Kalvin Phillips is often referred to as ‘the Yorkshire Pirlo’ by fans at Elland Road, and now we know it’s with good reason. The defensive midfielder is paramount to the way Bielsa sets up his side and his footballing brain facilitates their lightning-fast counter-attacks as he tends to be two or three steps ahead of everyone else.

Phillips keeps growing into his potential and the experience of being part of Gareth Southgate’s England squad this summer is only going to push him to the next level. We all saw his ability during his startling man of the match performance against Croatia on Sunday. An improved Phillips means an improved Leeds.

The return of fans
Everyone wants fans back in stadiums, but an away day at Elland Road is going to be even more daunting with 35,000 Leeds fans inside the ground. Known for being deafeningly loud, they have been waiting 16 years to watch their club back in the Premier League and they’ll certainly make themselves heard.

In the Championship, Leeds began to garner a reputation for last-minute winners – Bielsa-inspired fitness is a factor but do not disregard the persistent chanting and support of the fans. Leeds drew five games last season, but if they were to score a last-minute winner in just two of those games, they would have finished on 63 points. That’s just four points off the top four.

Don’t underestimate the power of  ‘Marching on Together’ ringing in the ears of Marcus Rashford and Bruno Fernandes for next season’s home derby day.

The right combination of these five factors in addition to Bielsa’s improved knowledge of the opposition for his often-scrutinised detailed reports (*cough* Spy-gate *cough*) could mean Leeds push even higher up the table next season. They have a real shot at European football too if teams like Arsenal and Tottenham struggle to perform at the highest level again.

Obviously nobody is saying that they’re going to march on together into Europe, but you would be foolish to underestimate a very strong side who can only build on last season’ s success.