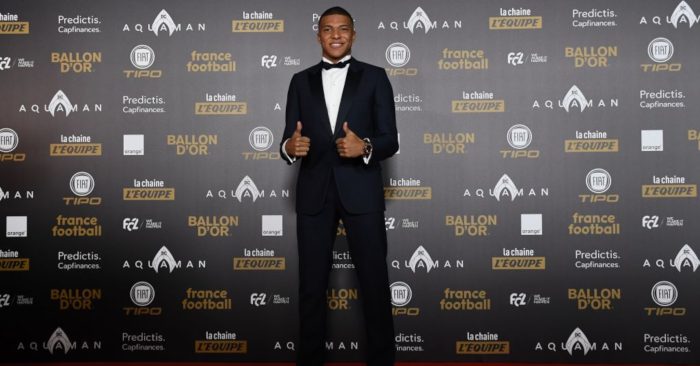 Somewhat staggeringly, Mike Ashley, Britain’s premier sweatshop owner-operator, has been running Newcastle United for 12 years now. With Newcastle fans desperate to see the back of him, and despite some remaining uncertainties, they might finally be getting the takeover they’ve been yearning for, with Sheikh Khalid Bin Zayed Al Nehayan reportedly in the process of agreeing a deal to purchase the north-east club.

The Toon Army have taken to Twitter, thirsty for this new petrodollar investment, and, after suffering for so long, few can blame them for daring to dream big. But what new marquee signings will usher in this revolution? Harry Wilson perhaps? As with all ambitious takeovers, it’s important for the fans to not get carried away too soon… Enter Oddschecker, yesterday listing Newcastle as 25/1 second favourites to sign 20-year-old megastar Kylian Mbappe.

Now to many, it seems ridiculous that Mbappe, a World Cup winner, with all of Europe’s Elite at his mercy, would leave PSG to follow in the footsteps of compatriots David Ginola (good), Yohan Cabaye (handsome), and Jean-Alain Boumsong (Jean-Alain Boumsong) but, with Mbappe recently suggesting he may be open to a move away from the Parisian club, here’s some reasons why he should absolutely head for the north east:

The film Goal
Forget talk of Ronaldo v Messi, the GOAT is clearly Goal’s Santiago Munez. Plucked from obscurity, Munez is brought over to the Premier League to play for none other than Newcastle United, helping them secure Champions League football before earning a big money move to Real Madrid.

Now Mbappe has a head start on Munez, having won several league titles, and a World Cup, and although he could go and enjoy the Galactico lifestyle at Real Madrid now, that wouldn’t be right. In fact, if he doesn’t go to Newcastle, fans of the 2005 film will incessantly ask “but could he do it at St James’, like our Santi?”. To be the very best, he needs to embark on the spiritual pilgrimage that is a season at Newcastle: wolf down a full English breakfast every morning, chase a ball around a muddy training ground with Geordie lads berating him, and learn how to pass to Gavin Harris.

Mbappé: "I'm so happy to sign for Newcastle. I used to watch Alan Shearer and Santiago Muñez as a child and dreamt that one day I'd play for the toon."

The manager deserves it
With a paper-thin squad, purse strings drawn suffocatingly tight, and Paul Dummett still turning up on match day, it’s fair to assume the good ship NUFC would have sunk by now if it weren’t for Rafa Benitez. Benitez’s loyalty to a club whose hierarchy have given him so little back is nothing short of incredible but, as discussions over a new contract rumble on, it’s clear he’s beginning to feel he’s suffered enough. Rafa Benitez is an excellent manager, with genuine insight to offer the French youngster and, having been forced to endure Kenedy, Karma owes him an Mbappe or two.

The nightlife in Newcastle is top craic
Pints are £2 or under. Kylian Mbappe is 20 years old. Jonjo? Ayoze? Come on lads, we’re hitting the town.

Imagine being a fucking #Sunderland fan today, 2 days after being beaten in the championship playoff final #Newcastle are on the verge massive take over from a billionaire and are 25/1 to sign #Mbappe@KMbappe get watching #GeordieShore fella and practice the lingo

He could literally do anything he wanted
Even at star-studded PSG, it’s been reported that Mbappe, alongside Neymar, gets ‘special privileges’. It’s only fair to assume, so as to not to see an outrageous investment crocked by Jamal Lascelles during orientation, he’d enjoy similar treatment at Newcastle.

But surely these perks would extend beyond a lighter approach to training? Want the key to the city? Kylian, it’s yours. Want to sleep in the Angel of the North? Alan Shearer’s making up a bed for you now, just in case.

In fact, he could almost certainly get away with actual murder. Now I’m in no way saying he should… But, like, if Karl Darlow went ‘missing’ following a ‘training ground incident’, is anyone actually going to hold him, Kylian Mbappe – World Cup winner – accountable? Didn’t think so.

It would be a real test
Why do we do it? Why, when we boot up Football Manager, do we scroll right to the base of the football pyramid, giving ourselves to the time-consuming fantasy of dragging non-league clubs up by their bootlaces? It’s because we chase the deepest sense of achievement, that shot at immortality tapping into our hero complexes.

In his nascent career Kylian Mbappe has already won more league titles, more World Cups, and received more accolades than the majority of players will ever dream of, but why not test yourself a bit more though? It would be ridiculous for Mbappe to start in League Two, sure, but why not head to Newcastle and look back, at the unveiling of the Kylian Mbappe Family Stand, at how you started the revolution that made them great again?