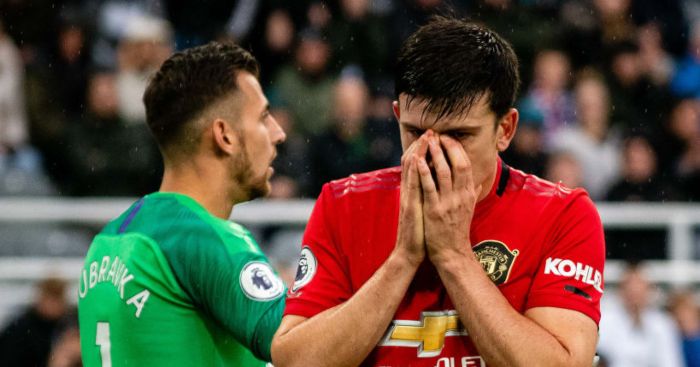 1) A struggling big club
Liverpool have dropped to eighth a couple of times this decade. Arsenal once found themselves as low as 12th, but that was before Arsene Wenger arrived armed with revolutionary ideas such as ‘stop getting p*ssed and maybe try eating some vegetables once in a while’. The hilarious extent to which Chelsea collapsed to tenth is oft-forgotten. And Tottenham are Tottenham. But this Manchester United fall could be the most dramatic of any Goliath yet.

Perhaps the most appealing thing to the neutral is that this does not have the same hallmarks as the usual crisis; the recipe has been entirely rewritten and the new ingredients are mouthwatering. The manager is a rank novice, relegated and eventually sacked from his only other Premier League job. His immediate superior is an over-promoted investment banker whose fingerprints cover each of the myriad baffling decisions that have led to this point. The owners are absent and abhorrent. The players are hapless and haphazard. The fans are thankful for the sweet relief of an international week. And the captain is Ashley sodding Young.

The best part is that we are yet to discover the absolute depths of their demise. This already feels faintly cataclysmic but it is likely to get worse before it gets better as Liverpool visit next. ESPN have already included them in their relegation rundowns, Sam Allardyce is genuinely forecasting a potential drop to the Championship, and Trevor Sinclair is out here claiming they “would be in a better position if they stuck with David Moyes”. They might at least be 11th, to be fair.

2) Liverpool being bottlers or champions
And it really is either or. The rush to announce the end of their 30-year wait for a league championship was predictable and premature, but Liverpool find themselves at a crossroads with only two possible exits: glory or failure.

They had leads at least as big last season, but never quite as overwhelming. To be so far ahead at Christmas can be a poisoned chalice, with each celebratory sip bringing immense pressure, fixture congestion and the challenge of managing different competitions; every possible slip is pronounced and emphasised. This advantage as early as October means a couple of poor results could be absorbed before any lasting damage is done. Momentum is key.

Pep Guardiola knows it. “It’s a bit like a recipe,” he told Marti Pernarau in 2014’s Pep Confidential. “League titles are won in the final eight games, but they are lost in the first eight games.” With the gap between first and second as big in terms of points as the gap between second and 16th, you can see why.

Liverpool have dropped 17 points in their last 47 Premier League games. To lose their grip on the title from here, they will have to drop at least eight from their next 30 – and that is based on the theory that Manchester City will win each of their remaining matches from now until May.

There was no Anfield bottling last season; winning your last nine games does not suggest a lack of nerve or character. But winning your first eight sets you up for either a stratospheric rise or an almighty and embarrassing fall. Either option is fun.

3) The managers feel fresh
The managerial merry-go-round has broken down and been replaced by a high-powered rollercoaster. A diet of gruel and tap water has made way for a veritable smorgasbord of different colours and flavours. The money previously saved for old rope is now being spent on new hope.

It is startling to think that two seasons ago, Sam Allardyce, Tony Pulis, Mark Hughes, Alan Pardew, David Moyes and Paul Lambert were all part of the same Premier League campaign. Their current status reads as bleakly as the fates of Henry VIII’s wives: talkSPORT, Serge Gnabry expert, linked with Reading, pineapple juice, Manchester United contract has only just expired, Ipswich. Lambert is the only one still in managerial work, top of English football’s third division.

In their wake, new blood has been transfused. Five managers – Smith, Potter, Lampard, Farke and Wilder – are in the midst of their first season as a Premier League coach. Three more – Rodgers, Solskjaer and Hasenhuttl – are enjoying or enduring their first full campaigns in charge of their clubs in the division. Steve Bruce is the odd one out as the stale member of the old guard, but even he has his value.

It feels fresh, different, with exciting new approaches. With Jurgen Klopp and Pep Guardiola among the absolute best in the world in the profession, Sean Dyche worming his way up the table and Roy Hodgson reinventing a wheel he probably helped construct centuries ago, Premier League coaches are painting with all colours of the rainbow. Run your finger down the table and you can pick out at least one positive distinguishable tactical aspect of most sides. Shame about Arsenal, really.

Nine clubs – Manchester City (36), Chelsea (32), Norwich (31), Bournemouth, Liverpool and Tottenham (all 26), Aston Villa (25), Arsenal and Watford (both 24) – have seen an average of three goals scored in each of their matches thus far. At this stage last season it was seven, with Fulham (30) setting a much lower bar. And 2019/20’s rate of 2.88 goals per match is more than any full English top-flight season since 1967/68 – albeit obviously over a much smaller sample size.

In short: goals equal fun. And we are on course for a historic amount of both.

5) The elite finally have proper challengers
When Manchester United sacked Jose Mourinho after a run of one win in their last six Premier League games, they were a club in dire straits. Defeats to Manchester City, Liverpool and Tottenham could be begrudgingly taken on the chin in isolation, but that was the bread sandwiching a sh*t filling of losses to Brighton and West Ham and draws against Wolves, Crystal Palace and Southampton. A dreadful summer of recruitment, a disgruntled, distracted manager and a substandard, jumbled squad made for a quite disastrous season.

Yet they were still sixth, not dropping any lower from their win over Fulham in December to the end of the season. United, in the midst of one of their poorest post-Sir Alex Ferguson runs, kept up their end of the Big Six bargain. Barely, of course, but the sides expected to challenge could not even steal a march on a club at their lowest ebb.

Not since Leicester and Southampton bookended the first six positions in 2015/16 have Arsenal, Chelsea, Manchester City, Manchester United, Liverpool and Tottenham had their collective resistance broken. But Leicester are currently fourth and look excellent, Crystal Palace are somehow sixth after selling one of their two best players and seeing the other struggle to match his own high standards, and established members of this VIP party are in danger of being kicked out for terrible behaviour. If the cabal isn’t broken up this season, it’s time to question just what we’re all doing here. The seats changing at the top table can only be positive.