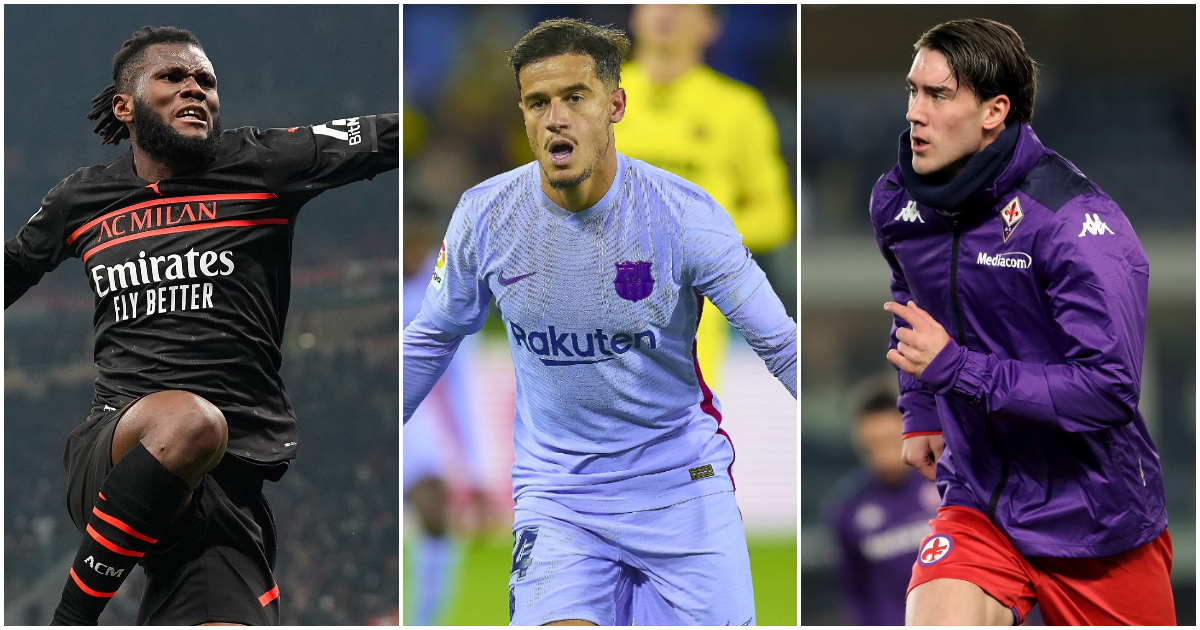 Philippe Coutinho at Aston Villa? That’s the sort of “Well, actually…” transfer nonsense we can get behind.

Philippe Coutinho to Aston Villa
Coutinho has been touted for a return to the Premier League pretty much from the moment he left and accidentally set in motion a change of events that would lead to Liverpool becoming the best team in the world for a while. Mainly these links have been humdrum: a return to Liverpool here, a megabucks transfer to Newcastle there. Weak sauce.

But now he’s being linked with Villa and that’s much more like it. There’s a huge amount to enjoy about an elite, exotic player heading to a club that is, at the moment, neither of those things. There are huge shades of James Rodriguez to Everton here and we would all do well to remember that that particular transfer was a huge success, for about 15 minutes. Like James, the link for what is on the face of it an unlikely move comes in the form of the club’s manager. only this time it’s former team-mate Steven Gerrard.

Emi Buendia and Coutinho spraying raking diagonals all day long while John McGinn desperately tries to do the work of three men behind them? Oh goodness me yes. Desperately want this one.

Adama Traore to Tottenham
We could see why the big man was linked with Spurs when his former Wolves manager Nuno Espirito Santo was in charge at the Tottenham Hotspur Stadium. (He was… you remember. First few months of the season… yeah, won his first three games. Even got a 1-0 lead against Manchester City which is apparently these days cause for huge celebration – and Nuno held on to his lead, so… yeah, it didn’t work out in the end, no, but still.) Bit surprising, though, for those links to still be quite so loud now Antonio Conte has turned up and set about the long and arduous and painful (and very possible unachievable) task of de-Spursing Spurs once and for all.

But in recent weeks we’ve come round to the idea of Adama Traore, Conteball right wing-back. It’s not going to be something for every game, but if those 135 minutes Spurs spent artlessly trying to find a way past 10 Southampton and 11 Watford defenders didn’t make you wonder whether things would look different with a giant Spanish fella running past those defenders and sending them flying like skittles, then, well, I’m not sure we can still be friends.

It will also be fun to see at last just what Traore’s level is. Can he go from neutrals’ highlight reel fave to actual effective elite footballer? People will always be quick to point to his lack of end product, but the one Premier League season he had Diogo Jota and Raul Jimenez around the whole time he had four goals and nine assists; that’s not too shabby.

Fundamentally, though, this is a transfer that would be good fun and has roughly equal chances of being hugely successful and a complete disaster. Really, what more could anyone want?

Aaron Ramsey to Newcastle
Newcastle are in a fascinating and genuinely unique position currently whereby they are both one of the very worst teams in the Premier League but also by quite a substantial margin the wealthiest football club on the planet. The precariousness of their position and the still significant threat of relegation has put them in a curious position of having to flash their cash not at Robinho-style extravagances as Manchester City did in those early lotto winner days, but in far more prosaic and sensible ways. City themselves eventually came round to this way of thinking, with the £100m hoyed at Villa for Jack Grealish eye-catching not just because of Grealish’s entertainment value but also because it actually represented something of a departure for a club that normally spends vast sums of money in sensible (if, inevitably, not always successful) ways.

Newcastle have had to go for that from the get-go, with avoiding relegation all that matters over the next five months. Kieran Trippier represents an excellent start to this process: a reliable, proven performer who will instantly improve their side but not exactly a player to thrill the senses. Aaron Ramsey would be that with bells on. Both also have the advantage that, while being pragmatic and even given the money now available slightly prosaic signings, they both arrive from precisely the sort of clubs Newcastle’s new owners see themselves competing with in a couple of years’ time. But that can only happen if the next five months go well.

Dusan Vlahovic to Anyone
Just to make all the rumours go away if nothing else. He’s already Leandro Damiao and Wesley Sneijder squared and with precisely the same amount of Premier League experience as those two absolute legends of the English game. Vlahovic does also seem to be pretty decent at football, by all accounts, but that is frankly secondary at this stage, as is the physical resemblance to Darren Anderton. We don’t even care. Sign him up, someone – anyone – and break the never-ending cycle of rumour and whisper.

Franck Kessie to Manchester United
He could very feasibly end up at any of the big six given he’s the sort of midfielder that yer da approves of owing to his ability to dominate in both defence and attack. “Of course, back in the day, that’s just what all midfielders were,” he’ll say, before embarking on another of his embittered rants about half-job frauds like Claude Makelele and lazy number 10s.

Kessie’s numbers at Milan are daft, though. As creative as Mane and Benrahma, as tidy in possession as Rodri and Skipp and very nearly as all-action as Kante. He’s properly good, then.

Spurs have been very strongly linked with Antonio Conte an established admirer of the Ivory Coast international, who would be free in the summer but could be very useful over the closing months of this season as well if Milan can be talked into it.

Surely, though, it’s Manchester United who are the best possible fit given the vast, yawning chasm of emptiness that is their current malfunctioning midfield.