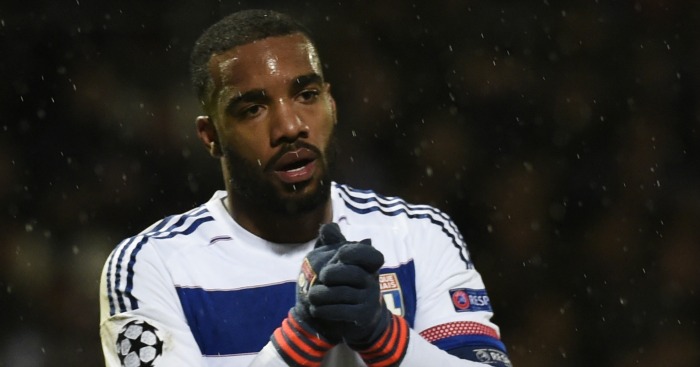 As far as transfer rumours go, you would struggle to find many more sensible. The 26-year-old would solve a problem area – Alberto Moreno is never the answer – he provides international experience, and plays for a club who finished ninth in the Bundesliga last season. Koln are reportedly demanding £25m from any potential suitor but, frankly, in the modern market, that is a reasonable amount to request for a first-team player with two years remaining on his contract. Yet it is a figure which is likely to render any excited individuals at Anfield rather flaccid. Liverpool will either look elsewhere for a cheaper but not considerably poorer alternative, or will rely on the eclectic combination of Moreno, Jon Flanagan, Nathaniel Clyne and Joe Gomez to not f**k up too much at left-back. Whose bloody idea was it to release Jose Enrique?

Joao Mario to Manchester United
The first steps towards returning normality to Old Trafford have been taken. The appointment of Jose Mourinho as manager fills the gaping hole left by Alex Ferguson in 2013 marked ‘Bastard‘. He restores a certain authority to the club, a begrudging respectability and winning mentality, intermingled expertly with questionable morals. Few are more equipped to reignite the club’s long-lasting relationship with silverware.

But the process is not yet complete; United are not quite fully-fledged bastards again. Mourinho must appoint an underling as his on-field lieutenant, his veritable arse of a right-hand man. John Terry played the role at Chelsea. Roy Keane was Ferguson’s. Joao Mario could be the pretender to that throne. Linked with a move to United before Euro 2016, the 23-year-old spent his summer productively, playing more minutes than all but four of Portugal’s victorious squad, and generally kicking people a lot. He committed more fouls (16, the most in the tournament) than he won tackles (ten). He also completed more dribbles than all but 11 players over his month in France. He combines grit with grace, would bring an edge to a decidedly lightweight midfield, and countryman Mourinho will have been impressed. But the pursuit of more Paul Pogba-shaped players means Inter Milan is a far more likely destination.

It is not difficult to see why. The 25-year-old is quick, strong and an excellent finisher. He has scored 63 goals in his last 103 league games; only Cristiano Ronaldo, Lionel Messi, Luis Suarez, Zlatan Ibrahimovic, Gonzalo Higuain and Robert Lewandowski have been more prolific in Europe’s top five leagues over the past three seasons. That is a lovely selection of forwards, and Lacazette does not look out of place. The Lyon striker is also available for a reported £43.5m, which is where the issue arises. While Lacazette could be the potent focal point able to at least compete with Olivier Giroud for a starting position as centre forward, Arsene Wenger will not spend such vast amounts of money on a relatively unproven commodity, one who did not even make a France Euro 2016 squad in which Giroud was the centrepiece. Wenger’s two biggest signings as manager – Mesut Ozil and Alexis Sanchez – were purchased from Real Madrid and Barcelona, not a team who just finished second in Ligue Un.

Leonardo Bonucci to Chelsea/Manchester City
His reported fee of £51m may be rather ridiculous, but there is no doubting what Leonardo Bonucci would bring to any side willing to meet the demands of Juventus. In an era obsessed with the idea of a ‘ball-playing centre-half’, Bonucci is the outlier: he actually fulfils both criteria. For evidence of his exemplary passing range and technique, examine his assist for Emanuele Giaccherini’s Euro 2016 opener against Belgium last month. And if you remain unconvinced with regards to his defensive acumen, this is a six-time Serie A champion and runner-up in both the Champions League and European Championship. He’s quite good.

His displays this summer led to predictable Premier League links. The first to register a reported interest was Chelsea, now under the management of Antonio Conte, who harnessed Bonnuci’s talents so expertly with both the national team and during his time in Turin. The second was Manchester City. Their new leader, Pep Guardiola, once described the defender as “one of my favourite ever players”. But as much as both managers admire the Italian, the £51m price tag for a 29-year-old would be a difficult one to justify. The player is also wedded to The Old Lady until 2020, and is an integral part of a side which has won five successive Serie A titles. Even if a club does match his valuation, he might simply want to remain in Italy.

Mario Gotze to Tottenham
It is one of football’s worst kept secrets that Liverpool and Tottenham actually share the same scouting system. From Willian to Mohamed Salah, with stops at Yevhen Konoplyanka and Clint Dempsey in between, eventually finishing at Ben Davies and Adam Lallana, if one club expresses an interest in a player, the other will soon follow. Mario Gotze is no different.

Having struggled for form and fitness at Bayern Munich last season, and with Carlo Ancelotti replacing Pep Guardiola as manager, it seemed as though Gotze’s time at the Allianz Arena could be over. The forward needs a different impetus, a fresh scene, a complete change. Liverpool, now managed by Gotze’s former Borussia Dortmund manager Jurgen Klopp, were the early frontrunners. Of course, soon after, Tottenham would join the race.

Both teams would surely cherish the chance to sign a World Cup winner, but the rumour makes sense for only one club. Between Messrs Mane, Firmino and Coutinho, a main cast supplemented by Lallana, James Milner, Lazar Markovic and more, Liverpool boast enough No 10s, false nines and fake eights to make a Countdown numbers challenge. But for Tottenham, the 23-year-old would be perfect. The north London club lack depth in the positions behind a central striker, while Gotze is a bonafide star who would score goals, provide assists and, as a former student of Klopp, adapt seamlessly to Mauricio Pochettino’s pressing game. White Hart Lane is unlikely to welcome the German any time soon however, as either the temptation to prove himself at Bayern or return to build bridges at Dortmund will surely be too great.