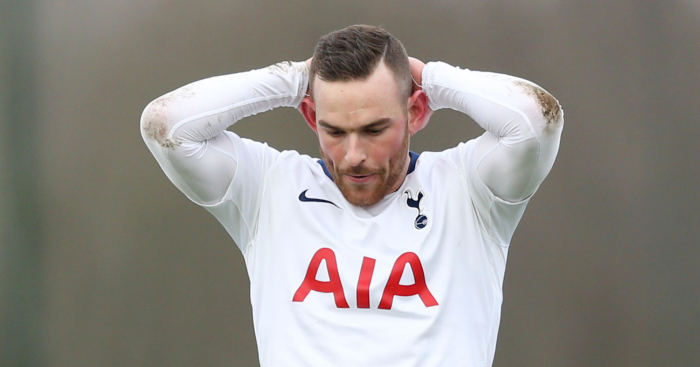 Vincent Janssen (Tottenham)
“He is a person and not a chair, or a sofa, or furniture,” said Mauricio Pochettino of his decision to rearrange Tottenham’s Premier League squad to make room for Vincent Janssen last week. “He will be involved with the first team and try to do his best, and try to get fit and be competitive,” the manager added.

Fernando Llorente has belatedly proven his worth to the cause in recent weeks, but precious few expect a similar renaissance from the man who cost £3m more and was signed 12 months earlier. Not even Pochettino would dare sell Janssen’s return to the first-team fold as ‘like a new signing’.

The Dutchman has scored one goal from open play in 830 Premier League minutes since joining from AZ Alkmaar for £17m in the summer of 2016. Hailed as “perfect for us” by Pochettino at the time, Janssen managed to commit more fouls than he had touches last season.

And to think he’s going to score the goal that wins them a Leicester-trumping title. His name scans perfectly with We Are The Champions too, so that’s something.

Last Tottenham game: August 2017, when he played one minute in a 2-1 defeat to Chelsea.

Marco van Ginkel (Chelsea)
Gary Cahill. Eden Hazard. Cesar Azpilicueta. Thus ends the list of current Chelsea players who have been with the club for longer than Marco van Ginkel. And with a contract that still has over 12 months left to run, the Dutchman has every chance of making the podium before his inevitable departure.

Van Ginkel has scored 30 goals and assisted a further 12 in 92 league appearances since moving to Stamford Bridge in July 2013. But only two of those games came in Chelsea blue, with five loan spells taking him to see the incomparable sights of Milan, Stoke-on-Trent and Eindhoven.

It is at PSV that the 26-year-old has seen the most success, with Van Ginkel even installed as the club’s captain during his third spell at the Philips Stadion, where he won two Eredivisie titles.

But injuries have blighted a once promising career, with his surprising status on Chelsea’s updated squad list a much-needed boost in his attempts to recover from yet another knee injury. Maybe he could fill in for Jorginho too?

Adam Legzdins (Burnley)
Welcome to Adam Legzdins, and the most beautiful full circle of a playing career one could imagine. The 32-year-old started his career at Premier League Birmingham 14 years ago, came back to the top flight with Burnley in the summer  of 2017, and travelled the English Football League in the interim. In the 13 seasons betwixt his departure and his return, the goalkeeper played two games in the Conference North, 48 in the Conference, 53 games in League Two, 11 games in League One and 50 in the Championship. He is yet to make his Premier League debut.

Not even when Tom Heaton and Nick Pope were both injured at the beginning of the 2017/18 season was the 32-year-old trusted as anything other than a prop for goalkeeper training. Anders Lindegaard filled in briefly before Joe Hart joined, consigning Legzdins to a role as the lesser-seen fifth-choice shot-stopper when everyone returned to full fitness.

Which makes his inclusion in Burnley’s updated squad all the more bizarre. Legzdins has not even been on a Premier League bench for Burnley since September 2017, but Sean Dyche simply couldn’t do without five keepers for the second half of the season.

Last Burnley game: He has literally never played for them.

Q. What is the collective noun for a group of England goalkeepers?

OK, henceforth they'll be known as a 'Burnley' of England goalkeepers 👐

Emerson Hyndman (Bournemouth)
It turns out that Eddie Howe remembered Bournemouth’s forgotten man just long enough to include him on the club’s updated squad list. A second excellent loan spell in Scotland ought to be enough to convince the manager of American international Emerson Hyndman’s merits by now.

If being voted Rangers’ Young Player of the Year in 2016/17 despite only joining that January was not enough to raise Hyndman’s stock, a positive impact in a similarly short period with Hibernian suggests it was no one-off. The Cabbage are rooted squarely in the Scottish Premiership’s mid-table, but their record with and without the 22-year-old is stark: they earned 1.6 points per game in the ten league games Hyndman started this season, compared to 0.92 points per game in 14 without him.

“The football is high-tempo,” Howe said of the Scottish game last month. “It’s very similar to football in this country where it is blood and thunder and the games matter so much. The supporters are really passionate at every club.

“It has been beneficial for him,” the manager added. And Hyndman might finally be ready to prove it.

Last Bournemouth game: May 2018, when he made what remains the only Premier League appearance of his career on the final day of the season against Burnley. He played 59 minutes; Bournemouth won.

Dan Burn (Brighton)
Saturday marks the four-year anniversary of when Manchester United last truly felt the Burn. “I was just saying to the lads that I’ve never headed that many balls since I played in the Conference!” said central defender Dan after facing an 81-cross David Moyes special.

Burn made 22 clearances that afternoon alone, ensuring only the fourth Premier League appearance of his career would go down in folklore. The 26-year-old has still actually only started six top-flight games, losing five and drawing one at an aggregate score of 16-5.

He will hope to finally improve that record this season after joining Brighton last summer, and spending the past five months on loan with Wigan as part of the move. A man of the match performance on his debut against West Brom in the FA Cup is a good start, with Chris Hughton impressed enough to name Burn in his updated Premier League squad. It is just a shame Brighton have already played United twice.