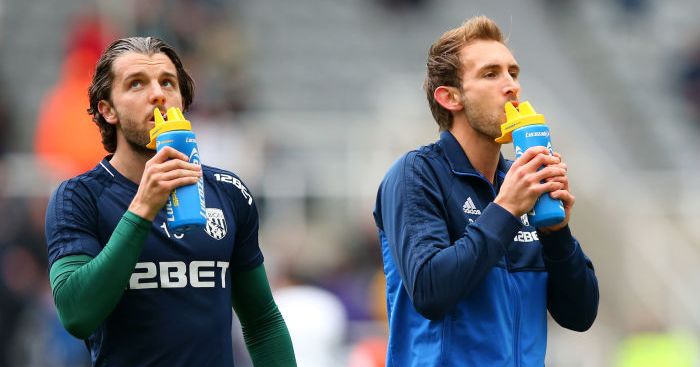 Lloyd Kelly (Bristol City to Bournemouth)
We’re all still operating with an anti-Football League bias, even in this post-James Maddison era. It’s nobody’s fault, it’s just what happens when you’ve been beaten over the head with the Premier League’s self-regard for the last three decades.

But Bournemouth know there’s value to be found in the second tier. David Brooks looked like one of the better signings of the summer a year ago and Eddie Howe has gone shopping outside the Premier League again, paying £4m for Luton right-back Jack Stacey and just over £11m for Bristol City’s Lloyd Kelly.

Kelly’s a really good player. He’s still young (not quite 21), probably with quite a bit to learn, but is someone – along with Stacey and Chris Mepham (signed in January) – who can help Howe finally cure Bournemouth’s defensive problems. Only Huddersfield and Fulham conceded more times than they did last season and so Kelly is part of what looks to be a full-scale re-fit.

He looks complete. Tall and elegant on the ball, equipped with a scalpel of a left-foot and, unlike many of his positional peers, actually quite reliable in defence. What’s exciting, though, is not just how he’ll fit at Dean Court, where there’s such emphasis on the full-backs, but also the prospect of him working with Howe, who improves nearly every player who comes under his control and is having particular success with young, pliable and gifted types.

More broadly, this is the way forward for Bournemouth: they’ve extracted as much as possible from the defensive players who won promotion and now the aim seems to be to construct an entirely new unit for the long-term and to do it as quickly as possible. Kelly might become the embodiment of that second stage. Looking around the England scene, there aren’t too many better prospects either; £11m still sounds like a lot of money for a club of their size, but it should prove a steal very quickly.

Bjorn Engels (Olympiakos to Aston Villa)
This could go one of two ways: either well or down the Titus Bramble route.

Engels is a risk for Villa on two counts. After beginning his career in Belgian domestic football and spending time in Greece and France, nobody can be certain as to how he’ll adapt to English football. Or, more crucially, what kind of partnership he’ll be able to form with Tyrone Mings.

But there’s something about him and it’s not just that he’s built like a vending machine. Engels has more than a hint of the Harry Maguires about him. He’s not quite as mobile and isn’t as much of a spectacle when he moves up field, but there are similarities, particularly in his status as an asset in both penalty areas.

Like anyone else moving to Villa, much will depend on how the team – which has so many new parts – settles, but Engels looks like a very sound foundation block who looks purpose-built for Premier League life.

Youri Tielemans (Monaco to Leicester City)
Nobody missed this, but because Tielemans spent last season on loan at Leicester, perhaps the scale of the coup is being underestimated?

When Tielemans became available to Leicester, in January and July, the suspicion was that he had to have a defect of sorts, some kind of red flag that the public wasn’t aware of. Why else were so many other clubs passing on him and why were Monaco so quick to give up on him? Well, if there is a caveat, it hasn’t revealed itself yet: he’s been every bit as good as those Football Manager types (who pretended to have watched him in real life) insisted he was. And, if the last six months is anything to go by – and Tielemens really was brilliant during his loan spell – then Brendan Rodgers may now have one of the finest young midfielders in Europe in his possession.

Part of the intrigue lies in what Rodgers’ midfield might cumulatively become. The last few months of 2018/19 hinted at that, but the prospect of what Tielemans, Ndidi, James Maddison and Harvey Barnes could be after a full pre-season is tantalising and likely one of the key factors as to whether the top-six can be disturbed.

Diminutive, gifted and with a game decorated with flair and technique, Tielemans is almost a perfect representation of Rodgers’ boundless optimism. How did Leicester get a free run at him?

Craig Dawson (West Brom to Watford)
Two surprising Craig Dawson facts: he played for Great Britain at the 2012 Olympics, and he’s still only 29.

Dawson has been around for a long time and has the features of someone who has taken one too many elbows to the face – which is actually part of the reason why he’s here.

Watford are being undersold again. Javi Gracia is back on those ‘most likely to be sacked’ lists and the latest Premier League odds have them finishing in the bottom half. But they’ve had an excellent off-season. Abdoulaye Doucoure has been retained, while in Dawson they’ve added a rugged obelisk to a defence which, at times last season, was much too soft. The FA Cup run clearly strained resources, but the 59 goals they conceded was more than any team in the top-half and, ultimately, the reason why they finished eleventh.

Let’s be fair: nobody is going to get too excited about a veteran centre-half, but Dawson strengthens a problem area at Vicarage Road and so while he may not sell many replica shirts, he should inspire a significant improvement. Every team needs a bit of Pulis to some degree and, in accompaniment to their frillier parts, Watford now have theirs.

Jay Rodriguez (West Brom to Burnley)
A tough sell. Burnley? Sean Dyche? Nobody cares, do they?

Understandably, but for anyone intrigued by Dyche’s attempts to deviate from his native style, this is mildly intriguing. Rodriguez is not what he was – has he ever really recovered from that pre-2014 injury at The Etihad? – but he still scored 22 goals in the Championship last season.

Some of his old Southampton traits remain, too. Rodriguez is different to Ashley Barnes and Chris Wood and is capable of being more than just a penalty-box player. He moves better, he’s harder to mark, and his goalscoring range is much broader. The possibilities aren’t fascinating, that’s much too strong, but a player returning to his original home always has a certain resonance and, in this case at least, that move promises to diversify one of the most formulaic attacks in the division.

Maybe this can be sold in a different way, to those who turn Match Of The Day off whenever Burnley’s game comes on: Rodriguez can be that budget centre-forward your Fantasy Football team could probably use (or have to, given that you’ve already Aguero’d your entire budget).