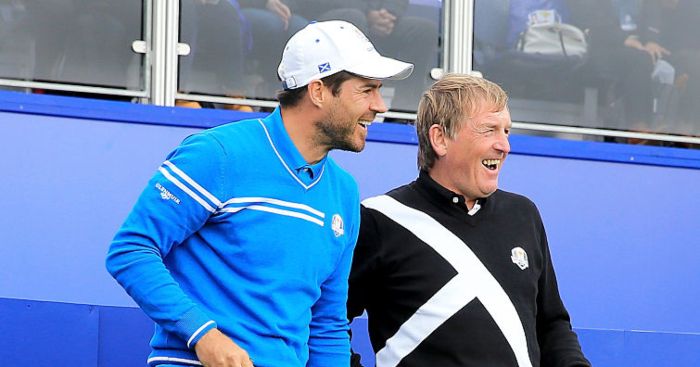 On January 25, 2013, Manchester United announced the arrival of Zaha in a deal that allowed him to return to Crystal Palace on loan to finish their promotion-winning season. Ferguson made public his decision to finally hang up his chewing gum on May 8, a 13th Premier League title of a possible 21 secured.

The Scot was long gone by the time Zaha joined the champions. He made his debut in the Community Shield final against Wigan, one of a grand total of four appearances afforded him by David Moyes. Zaha played six times as many Premier League games for Cardiff than for United during his time at Old Trafford.

The winger was sold in February 2015 – barely two years into a five-and-a-half-year contract – by Louis van Gaal. How they’d love Zaha back now. The Dutchman, less so.

John Stones and David Moyes
It just so happens that Moyes left Everton with a similar parting gift, only his was more rough diamond than lump of coal.

John Stones moved to Goodison Park from Barnsley in January 2013 as a wide-eyed, little-known, constantly-hyphenated ball-playing centre-half, yet it was Roberto Martinez who benefited most from the teenager’s precocious talents.

Stones did make three Premier League benches under Moyes but arguably profited from the departure of the man that signed him. He established himself as a regular starter by the end of that wonderful 2013/14 season under Martinez, leaving for Manchester City soon after the Spaniard was sacked in 2016.

Arjen Robben, Petr Cech and Claudio Ranieri
There was a time when managers must have longed for Claudio Ranieri to be their direct predecessor. Fiorentina achieved their highest Serie A finish in 15 years a season after he departed in summer 1997. Valencia won La Liga twice and reached a couple of Champions League finals thanks in part to the foundations he left in 1999. Chelsea might never have reached the Premier League summit without the Italian’s initial leg-up.

The 2003/04 season remained an unfinished chapter in the club’s chronology by the time both Petr Cech and Arjen Robben agreed to move to Stamford Bridge in February and March respectively. When the former deal was announced by Rennes, Chelsea were only six points behind Arsenal and still in the Champions League. Eventual disappointment in both competitions led Roman Abramovich to place his managerial faith in Jose Mourinho that summer.

The Portuguese obviously took credit for giving Cech, Euro 2004’s standout goalkeeper, his chance in England. Yet it was Ranieri who put two of the final pieces of the title puzzle together.

Jamie Redknapp and Kenny Dalglish
“I had been in football all my life but, even when Jamie joined Liverpool at the age of 18, I remember seeing how he needed support and encouragement,” said Harry Redknapp in 2016. “He had been signed by Kenny Dalglish and, two weeks later, he left and Graeme Souness came in.

“Jamie would say, ‘I don’t think the manager knows who I am.'”

Souness did make something of an effort to acclimatise himself, but the midfield hard man and future Spice Boy – an eminently unfair characterisation – were never destined to mesh. Nine players featured more times for Liverpool under the Scot than Redknapp, who fared considerably better for Roy Evans and became Gerard Houllier’s captain. Would he have realised his potential under Dalglish?