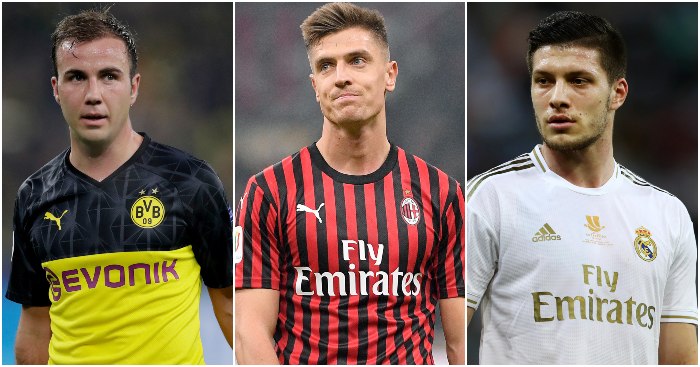 If they didn’t before (they did), Manchester United now need a striker this month following the news of Marcus Rashford’s lay-off. Ole Gunnar Solskjaer said on Sunday that the Red Devils could look to a short-term solution. But which forwards could United feasibly borrow?

Well, yes, but that doesn’t mean the Uruguay star is not an attractively convenient option. Cavani has been the odd man out among Kylian Mbappe, Neymar and Mauro Icardi too often for his liking and the 32-year-old wants away from the Parc des Princes to play some football.

PSG have reluctantly accepted Cavani’s request but he will only leave on their terms. Atletico Madrid have had an £8.5million offer rejected, with PSG said to be looking for perhaps triple that figure to sell six months before he would walk away for nothing.

Whether they sell Cavani or loan him out until his contract expires, it makes little difference to PSG. So it would make no sense to reject £8.5million from Atletico to then accept a lower loan fee from United. And Ed Woodward will not want to pay that kind of cash for a loan signing. Especially after he got his fingers burned over Radamel Falcao.

If United are to sign Cavani, who has netted a league goal every 1.4 games for PSG and Napoli since 2010, it would surely require a more permanent arrangement.

Krzysztof Piatek (AC Milan)
Zlatan Ibrahimoivc’s return to AC Milan makes Piatek more dispensable. The Poland striker only moved to the San Siro from Genoa last January but already he has been deemed surplus to requirements after just a year for the Rossoneri which has petered out after an impressive start.

Piatek scored eight in his first 11 Serie A games for Milan through the second half of last season but only five – three from the penalty spot – have followed since the start of April. Since being replaced by Zlatan in a goalless draw in Sampdoria, the 24-year-old has been made to sit and watch.

Spurs and Aston Villa, both equally if not more desperate for a centre-forward as United, were keen on Piatek but both clubs were said to be looking at a loan. Milan are reported to be willing to let the centre-forward go but only if it is a permanent move, and one that would give them back the vast majority of the £30million they paid Genoa a year ago.

That would likely be a non-starter for United, with even an option or obligation to buy in the summer unattractive to the Red Devils. Plus, there are concerns that Piatek, a goal poacher, would struggle in a United side devoid of creativity.

The World Cup winner is struggling for game time at Dortmund this season and his prospects are not likely to be helped by Erling Haaland snubbing United and moving to Germany instead. Signing the bloke their primary target replaced at the club he chose to join instead is not a good look for a club as concerned about optics as United, but desperate times call for desperate measures.

Gotze, once viewed as the German Messi, has in his own words “been to the top and been to the bottom”. Right now he is somewhere close to the middle of those two extremes and it seems another move away from Dortmund might help him to make the next push.

It can’t be forgotten that Gotze is still only 27, even if it seems like he has been around a lifetime. His next move, coming in the summer unless Dortmund agree new terms with the attacker, will surely be his last big one. A few months impressing at Old Trafford would certainly enhance his prospects, and Gotze’s versatility could appeal to Solskjaer, who has Anthony Martial keen – as keen as Martial gets about anything – to play centre-forward when he is fit.

Fernando Llorente (Napoli)
United were heavily linked with a move for Llorente at the end of the summer transfer window, when the former Spain striker was still a free agent after being released by Tottenham. But the Red Devils opted against the move, reportedly because Solskjaer was keen to avoid ’emergency’ signings which they could later regret. That worked out swimmingly…

Instead, Napoli took Llorente but they don’t seem too bothered about using him. The 34-year-old has scored three goals from three Serie A starts but Gennaro Gattuso has given him only 27 minutes across five Serie A games since he took over from Carlo Ancelotti in December.

Reports suggested Napoli had offered Llorente back to Spurs for as little as £1.7million but Daniel Levy was never going to pay actual money for a player he allowed to leave for free barely six months ago.

If United enter the final days of the window having failed to find a striker solution – which, let’s face it, is the most-likely scenario – then Llorente could get the call from Solskjaer after all.

Luka Jovic (Real Madrid)
United were reported to be scouring Europe for midfielders they might be able to borrow from top clubs because of the player’s inability to get a regular game. If they apply the same criteria to their striker search, then Jovic would certainly fit the bill.

The Serbia hitman moved to Real in the summer from Eintracht Frankfurt, who flipped the forward magnificently, selling for over £50million only a month and a half after taking up their option to purchase Jovic from Benfica for £6.2million.

Despite the hefty outlay, Real have kept Jovic on the bench for most of the season. He has started only five matches in the Champions League or La Liga, scoring only one goal – an injury-time fifth in a 5-0 home win over then-bottom Leganes.

There have been noises from Madrid suggesting Real could be open to allowing Jovic to go elsewhere on loan to get the game time he so clearly needs to develop. The striker – Rashford’s junior by around a month – is unlikely to come with an option or obligation to buy since it is unlikely that Real are prepared to write him off just yet. Six months at Old Trafford could be just what he needs to build up both his confidence and his value.