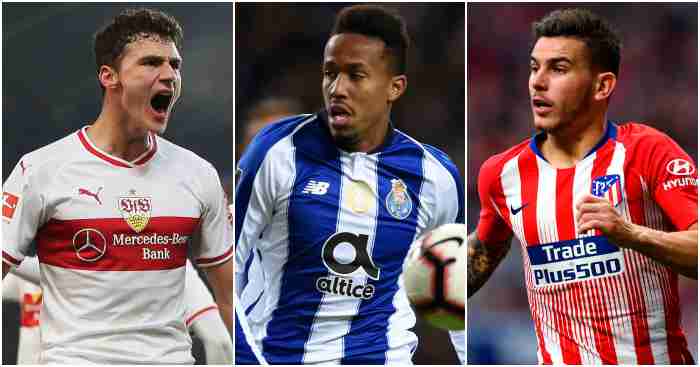 Lucas Hernandez (Atletico Madrid to Bayern Munich)
The France defender’s medical showed knee ligament damage which will require surgery, but that did not deter Bayern from making Hernandez the most expensive signing in Bundesliga history.

Bayern were decisive in flexing their financial muscle as they look to rebuild their defence, with Hernandez able to play in the centre or on the left, where he played for France while winning the World Cup last year. As a full-back, the Germans will presumably be looking for more of an attacking threat from the £68million recruit than he showed at Atletico; Hernandez has only one goal and four assists during his senior career.

A change of scene may also benefit Hernandez off the pitch. In February 2017, he and his girlfriend Amelia Lorente were both prosecuted on domestic violence charges after a fight between the pair, with each handed a sentence of 31 days community service. A restraining order banned Hernandez from going within 500 metres of Lorente, which became something of a problem when the pair reconciled and married in Las Vegas the following summer. Hernandez spent a night in prison and prosecutors later called for the player to be jailed for a year.

Look who dropped by to Munich for #FCBBVB…

Benjamin Pavard (Stuttgart to Bayern Munich)
Bayern aren’t messing about. Before the end of the current season, they already have half their new defence for the next one. Pavard was signed and sealed for £30million in January to be delivered this summer.

It was a surprise that Stuttgart managed to hold on to Pavard for as long as they did. The France right-back was one of the breakout stars of the World Cup, with his status skyrocketing after scoring one of the goals of the tournament.

Any excuse to see @BenPavard28's beauty against Argentina at the @FIFAWorldCup 🎯🎯@FCBayern have signed Benjamin Pavard on a five-year deal 📝#FCB pic.twitter.com/H4uiGRGcJd

Not that that goal is the reason Bayern are chucking £30million at Stuttgart:  “I didn’t sign for Bayern just because of that one shot,” he said last month. “It’s because I’m one of the best defenders in the Bundesliga. Defensively, I’m strong – and technically also. I’m full of confidence and I’m hungry for titles. You don’t say no to Bayern.”

Emerson (Atletico Mineiro to Barcelona)
Barca are having another crack at replacing Dani Alves by signing a player they likened to their former right-back in the statement confirming the deal. Emerson Aparecida Leite de Souza Junior will move to the Nou Camp this summer after the Catalans completed a deal at the end of January worth around £10million.

The 20-year-old has already had half a season to acclimatise to the Spanish game having moved immediately from Atletico Mineiro to Real Betis before rocking up at the Nou Camp this summer. Indeed, Emerson had the chance to get familiar with his new team-mates in March when he spent 23 minutes chasing them around during the late stages of the 4-1 win when Lionel Messi scored THAT hat-trick.

Barcelona have a mixed record when it comes to signing up and coming talent from Brazil. Arthur Melo has been a success but the previous purchases from Brazil – Yerry Mina, Marlon and Douglas – have made many wary. Fortunately, Frenkie De Jong is also arriving this summer to take some of the focus away from Barca’s latest South American gamble.

Barça have signed Brazilian right-back Emerson, 20, from Atlético Mineiro (Belo Horizonte). Fee is €12m ahead of a summer transfer. Club v active in South America. Their last Brazilian right back (one man right wing) didn't do too badly – Daniel Alves.

Eder Militao (Porto to Real Madrid)
Zinedine Zidane got to Eder first in March before the likes of Manchester United could show their hand, with Real paying around £43million to buy the Porto defender out of his contract and give him a six-year deal at the Bernabeu.

Eder only moved to Portugal last summer from Sao Paulo but the centre-back took no time at all to grow into the European game. The 21-year-old can also play at right-back, which he demonstrated in both legs of Porto’s Champions League last-16 victory over Roma.

Real shifted fast to make Eder their most expensive defensive signing not only because he was catching the eye of other clubs but because the value of his buy-out clause was due to rise by 50 per cent this summer.

Not a bad eight months 😏 pic.twitter.com/Ly339dIxnY

Zack Steffen (Columbus Crew to Manchester City)
It seems Europe’s top clubs are somewhat more decisive than their Premier League counterparts, but City have got one deal wrapped up. Whether Steffen will ever play for the club remains to be seen.

The 24-year-old was the MLS Goalkeeper of the Year for 2018 after a stellar season in Crew’s sticks and City moved last December to wrap up a deal worth between £7.5million to £10million – a record sum for an MLS keeper – for the former Freiburg stopper to move to Manchester in July.

How long will he stay there? That’s for Pep Guardiola and the other brains within the City Football Group to decide. Steffen, already an international, is expected to be the next USA goalkeeping export to follow in the footsteps of Brad Friedel, Kasey Keller and Brad Guzan. He may have his sights set higher than Bristol City, who are one club already to have been linked with a loan move.