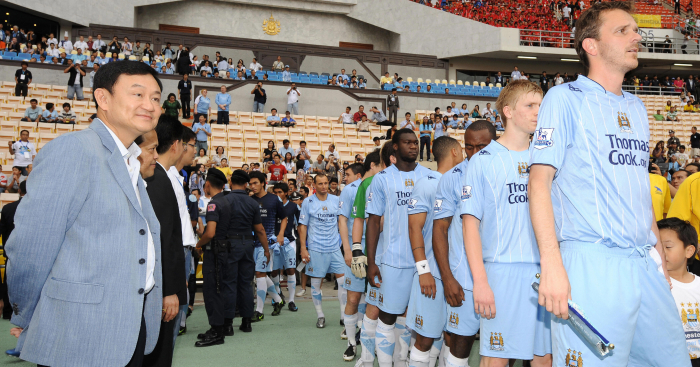 A note of caution for Watford: winning your first three doesn’t necessarily mean everything’s going to be alright…

1992-93: Coventry City
The Premier League was football’s new dawn in 1992 and the earliest risers were Bobby Gould’s Coventry City. The Sky Blues escaped relegation on the final day of the First Division three months previously but they were the only side to win their first three games, with the Flying Postman, John Williams, delivering three goals in their first two games – a 2-1 win over Middlesbrough and a 2-0 victory at Tottenham. City followed that with a 2-1 win at Wimbledon in front of 3,759 souls.

Coventry, featuring the likes of Steve Ogrizovic, Peter Atherton, Robert Rosario and Mick Quinn, headed a top five also consisting of Norwich, QPR, Blackburn and Middlesbrough. The Sky Blues could not maintain their early form; they won only three of their next 16 and one of their last 11 to finish 15th. Boro fared even worse, finishing second from bottom, but Norwich, Rovers and QPR stuck around in the top five, finishing only behind Manchester United and Aston Villa.

1996-97: Sheffield Wednesday
With Des Walker, David Hirst and Peter Atherton – again – the Owls got off to a flier under Manager of the Month David Pleat, winning their first four games to top the table by three points from Aston Villa when September arrived. Wednesday beat Villa on the opening day and scored two goals a game during their opening streak, which saw Leeds, Kevin Keegan’s Newcastle and Leicester vanquished, with Ritchie Humpreys netting three and Guy Whittingham and Andy Booth grabbing a couple each.

Then, appropriately, Wednesday had a Regi Blinker. They won only two in 16 before the New Year, despite the arrival of Benito Carbone in October. While clinging on to a place in the top half, 1997 brought an upturn in form but three defeats and a draw in their last four saw the Owls miss out on a European spot, eventually finishing seventh.

2001/02: Bolton
Sam Allardyce brought Wanderers back to the Premier League after a four-year absence and they got off to a stunning start. After battering Leicester 5-0 at Filbert Street on the opening day, then followed home wins over Middlesbrough and Liverpool, with Dean Holdsworth’s 90th-minute strike against the Treble-winning (of sorts) Reds taking them top of the table clear of Everton and Leeds.

Big Sam’s bubble was burst by the arrival of September. Bolton won only two games in the subsequent five months, though one of those victories came at Old Trafford against the champions. The arrival of Fredi Bobic and Youri Djorkaeff helped Wanderers earn three wins out of four in spring which ensured they avoided the drop, eventually finishing 16th, four points clear of the bottom three.

2007/08: Manchester City
The summer of 2007 was unlike any seen before at Manchester City. New owner Thaksin Shinawatra had allowed Sven Goran Eriksson to spluff £50million – 20 times the previous summer’s spend – on eight foreign players, including the likes of Martin Petrov, Elano and Geovanni, as well as Rolando Bianchi and Valeri Bojinov. It reaped three wins out three, all with clean sheets, with a derby victory over United chucked in for good measure.

Two subsequent defeats were more of a blip as Sven’s men won nine of their first 14, though that run included a 6-0 battering at Stamford Bridge. The manager was promised another £50million in January but it never came. Shinawatra’s assets had been frozen in Thailand and he needed a loan to pay the players’ wages. By March, he had decided to sack Eriksson, which infuriated the players. They considered strike action and though they never followed it through officially, they did lose the final game of the season 8-1 at Middlesbrough to finish ninth.

2014/15: Swansea
Garry Monk was named Manager of the Month after inspiring Swansea’s best start to a season for 91 years. It began with a 2-1 win at Manchester United on Louis van Gaal’s Old Trafford debut before taking in a 1-0 victory over newly promoted Burnley and a 3-0 triumph over West Brom.

The Swans had to wait nearly two months for the next win. In the meantime, they lost three out of five before becoming infuriatingly inconsistent throughout the remainder of the campaign. At no point did a winning or losing streak last more than two matches. They spent the last two months of the season in eighth place, eventually missing out on a European place by four points.