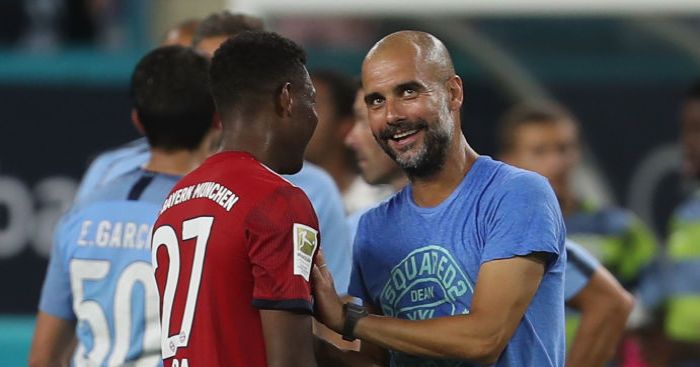 Clubs will use part-exchanges in lieu of actual money this summer. Can United tempt Dortmund into a Sancho swap?

Arsenal – swap Alexandre Lacazette for Thomas Partey
Mesut Ozil is among ten teammates who have played more minutes for Arsenal this season. Gabriel Martinelli has scored more goals. And while Alexandre Lacazette interrupted a two-month drought to score in two of the Gunners’ three consecutive wins before the season’s suspension, he did not start any of those matches.

With Mikel Arteta beginning to place more first-team responsibility on Eddie Nketiah, Lacazette is the £46.5m elephant in the room. He is a great player but almost unique in Arsenal terms: expendable and valuable.

Atletico have actually tried to sign him numerous times before and that interest should be exploited. Arsenal were already having to be financially creative in the transfer market before football’s magic money tree was chopped down, so offering Lacazette in part-exchange to cover some of that £45m fee for Thomas Partey seems an obvious solution. The midfield is exponentially improved at a relatively minimal cost to the attack.

Chelsea – swap Michy Batshuayi for Moussa Dembele
Over the course of the five-year contract Michy Batshuayi signed upon his £33m arrival at Chelsea in summer 2016, the striker has scored 43 goals in 127 games, of which only 57 were starts. He has played for four different clubs in three different countries, his quest to find a more permanent home thus far unsuccessful.

Not since his days with Marseille in Ligue Un has the Belgian been close to achieving his full potential. His final season in France returned 23 goals in 50 games and a Coupe de France final appearance despite Les Phocéens languishing in mid-table.

Lyon could easily be tempted into believing the 28-year-old has plenty left to offer. Moussa Dembele will leave eventually and securing his short-term replacement as part of a sale is sound business. Chelsea would have to offer a little more money on their side to sweeten the deal but they have courted Dembele for too long to start pinching pennies now.

Liverpool – swap Naby Keita for Kai Havertz
Trying to tempt Leipzig into parting with Timo Werner by dangling Naby Keita as a returning carrot might be the more natural move. But Liverpool will not sign another elite, established forward while their current three remain.

What they might consider is altering their midfield make-up. Adam Lallana will leave in the coming months, Georginio Wijnaldum is yet to commit and while James Milner makes Joe Wicks look positively slobbish, he is 34.

Naby Keita was supposed to revolutionise Liverpool’s central hub but has only been lost in the shuffle of the machine. Injuries have played their part but 33 starts in almost two full seasons implies a certain inability to fully trust him.

He is obviously a fine player but one that simply might not be compatible. And at 25, with three years left on his contract, Liverpool should at least contemplate cutting their losses. If it goes towards even just half of the fee Bayer Leverkusen are demanding for Kai Havertz, it might well be worth it.

Manchester City – swap Leroy Sane for David Alaba
It seems as if this conversation has actually been held already. And it does make absolute sense: Bayern get their main transfer target of the past 12 months, who himself has been staring longingly at his home country’s biggest club for some time. City offload an unhappy player in exchange for a functioning left-back who only tweets sporadically. Everyone can finally move on.

Pep Guardiola would also be reunited with a player who suggested that “it’s like he reinvented football” in 2016. David Alaba had already proved his adaptability by making the transition from midfield to full-back under Louis van Gaal, but Guardiola added more strings to his bow – winger, inverted left-back, central defender – in three years than previously thought imaginable. Even last year he said: “I’m still benefitting a lot from Pep’s time here.” After ten years in Bavaria, perhaps it’s time to create sweet music together once again.

Chong is three months older than Sancho yet while one is a £100m-rated forward with 31 goals and 42 assists in 90 club appearances, the other has played 70 Premier League career minutes for a club and manager that prioritises youth.

How much Chong would be valued at is unknown. But Juventus were interested for a reason. And Dortmund could be persuaded into parting with Sancho if they receive another frustrated young diamond in the rough, along with a lovely monetary donation.