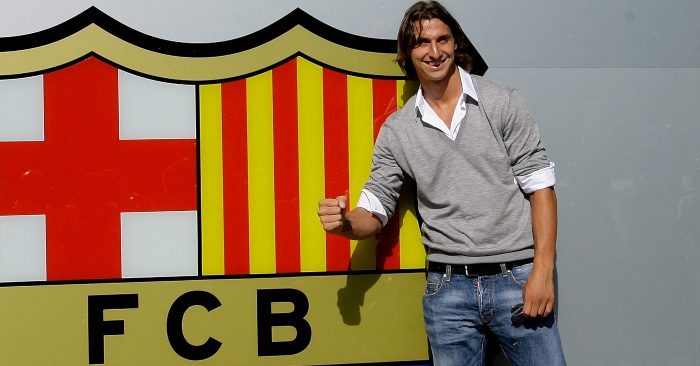 Arsenal seem to think offering Crystal Palace £40m and three players for Wilfried Zaha is simple, like it doesn’t involve four delicate contract negotiations, a load of agent fees or anything. So…

David Luiz to Chelsea for £20million + Nemanja Matic
This one was pretty straightforward initially when, in the summer of 2011, Chelsea sent Matic to Benfica with £20million stuffed in his pockets to facilitate David Luiz’s move to Stamford Bridge. Matic, a rookie midfielder with only three first-team appearances to his name, was valued at around £5million when he was dispatched to Lisbon. It was only after that Chelsea began faffing.

Two and a half years later, after trying Luiz as a midfielder, Jose Mourinho decided he needed a new defensive shield – especially if Luiz was playing at the heart of it. Mourinho wasn’t involved in the sale of Matic so he had no qualms over buying the Serbian back for £22million.

Chelsea weren’t too perturbed by the financial hit because they were in the process of selling Kevin De Bruyne to Wolfsburg for £18million – an £11million profit, which has since been made to look similarly shoddy business.

Luiz was sold on to PSG a few months after Matic arrived back at Stamford Bridge, only for the Brazil defender to re-sign for Chelsea a couple of years later.

Zlatan Ibrahimovic to Barcelona for Samuel Eto’o, Alexander Hleb on loan +£40million
This one certainly didn’t go as Barcelona expected when they presented Zlatan, the previous season’s highest scorer in Serie A, as their new striker in July 2009.

The Sweden star lasted only one season of the five-year deal he signed at the Nou Camp before being dispatched back to the San Siro, with AC Milan, initially on loan for a season before a permanent transfer worth around £21.6million.

While Zlatan was flopping at Barca, Eto’o won the Treble in his first season at Inter, who knocked Barca out of the Champions League at the semi-final stage, giving Mourinho the opportunity to loon it up at the Nou Camp.

Hleb never made it to the San Siro. After falling out with Pep Guardiola having not played regularly since leaving Arsenal, the Belarusian winger decided a year – possibly longer had Inter take up their option to buy for £9million – under Mourinho wasn’t for him so he joined Stuttgart instead.

Diego Milito and Thiago Motta to Inter for four players, one co-ownership + cash
Getting Eto’o and all that money was the deal which crowned Inter as champions of the transfer window 2009 – but a more complex, similarly successful deal was sealed a month prior to making a patsy of Barca.

Mourinho took Milito and Motta from Genoa, who in return were given Francesco Bolzoni, Riccardo Meggiorini, Robert Acquafresca and a young Leonardo Bonucci. Inter also offered up their 50 per cent co-ownership rights to Ivan Fatic and a small fee.

Inter were rewarded for their determination to get the deal done. Milito and Motta played crucial roles in the Treble-winning campaign, while Genoa weren’t done dealing. A few weeks after that blockbuster swap, they signed off on another head-f*ck of a deal. Two of the players they took from Inter, Bonucci and Meggiorini were transferred to Bari on co-ownership deals without having played a game for them. Bari also took Matteo Paro, Andrea Ranocchia and Giuseppe Greco, all on loan deals.

Leonardo Bonucci to Juventus for Domenico Criscito and Sergio Almiron
Bonucci’s agent doesn’t much fancy the simple life, apparently. Only a year after the centre-back’s move from Inter to Bari via Genoa, Bonucci was heading to Juventus to replace Fabio Cannavaro as part of another mind-boggling trade.

Because of their co-ownership agreement, Juve had to deal with both Bari and Genoa to get Bonucci outright. First, they gave Genoa around £1.8million in addition to their 50 per cent share of Criscito, who is back at the Stadio Luigi Ferraris once more after a seven-season stint at Zenit St Petersburg.

Juve took a similar approach with Bari, handing over their 50 per cent share of Argentine midfielder Sergio Almiron along with £4.5million in cold, hard cash.

The whole deal was reported to be worth around £14million, which proved to be a bargain for Juve. Bonucci became one of the world’s best defenders before he left for Milan in a £35million deal in 2017. Of course, he re-signed for Juve a year later in a straight swap involving Mattia Caldara, with both players valued at £31.2million.

Tony Cascarino to Gillingham for some corrugated iron
Transfers would be a lot simpler if players and clubs didn’t bother with contracts. Or perhaps not…

When Gillingham wanted Crockenhill FC’s Tony Cascarino, the Gills were not able to pay a transfer fee because the striker had no written agreement with the Kent non-leaguers. The story goes that Gillingham stumped up a few sheets of corrugated iron in return for the future Republic of Ireland – but Cascarino insists that is a work of fiction. He says he moved in exchange for “some training equipment, tracksuits, stuff like that”.

Similary, Fulham gave Rushall Olympic 30 tracksuits in return for England defender Zat Knight while John Barnes moved to Watford from Sudbury Court in 1981 for a set of playing kits.

Ian Wright moved to Crystal Palace for any old tat the Eagles had lying around their training ground. The striker went on to become one of their greatest ever players while Greenwich Borough’s reward for discovering him was a set of old lifting weights.