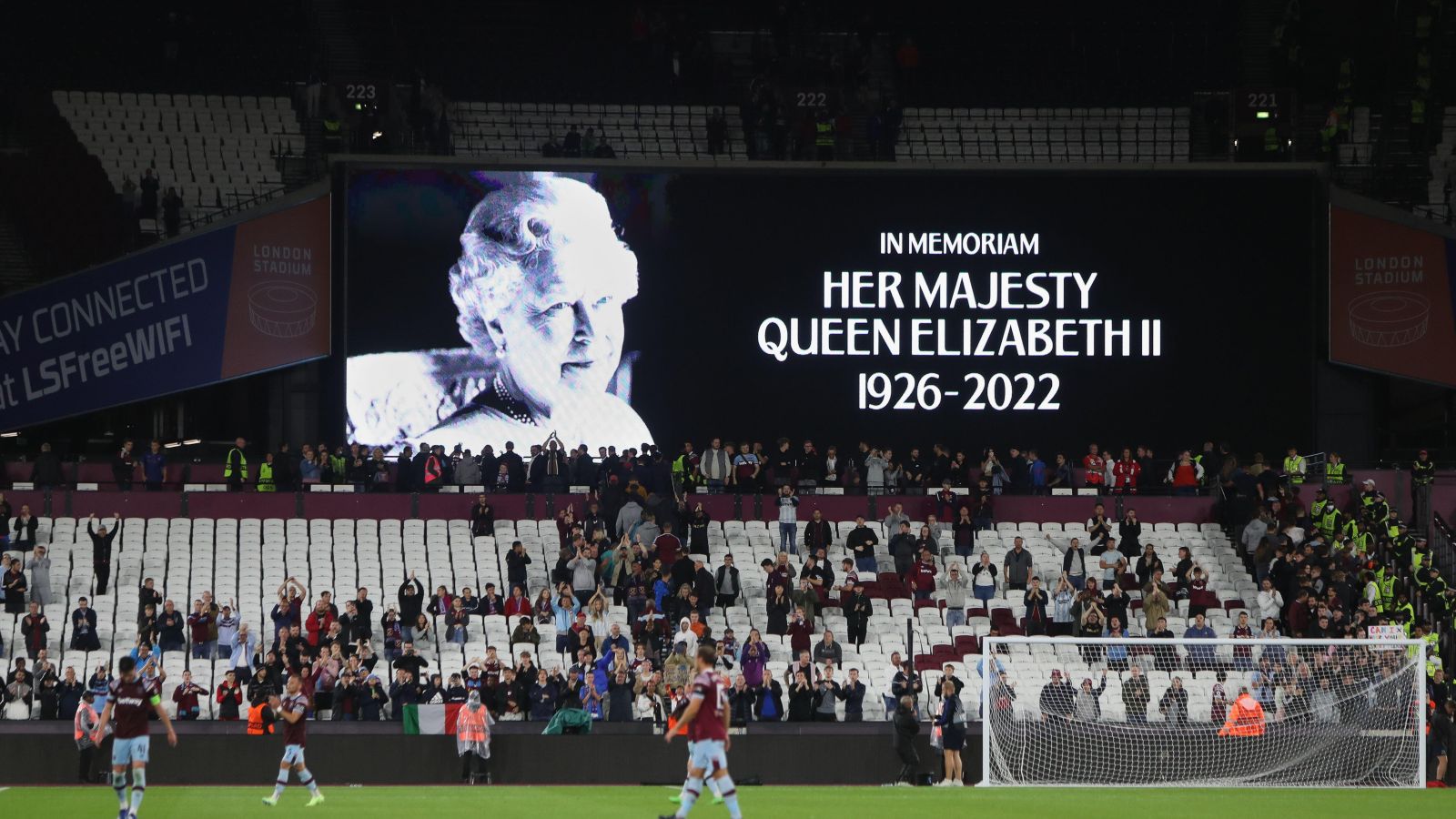 Nobody is pretending it’s the biggest thing in the country right now, but this is a football website and football is being quite significantly impacted by the historic events of the last week.

An already absurd World Cup-ruined fixture list is having more and more complications thrown at it and not many solutions spring easily to mind. With one matchday already chalked off, three further games have been postponed this weekend.

Here are four possible outcomes, solutions, problems and puzzles to it all…

Title-deciding double-header?
The first and most obvious response to the cancellation of last weekend’s games was to point out it was a mistake. The second, not unrelated, response was to wonder when precisely these 10 games are going to be squeezed into a schedule already fuller than a post Liverpool v Man United Mailbox thanks to that pesky winter World Cup.

Clearly, the greatest problems arise for those teams in Europe, for whom empty midweeks are now an extreme rarity. There seems to be almost no prospect for those teams’ games being played before the World Cup. January is pretty packed too, but there is one specifically tantalising possibility that arises. The midweek after the weekend of February 4-5 is the one before the resumption of European competition and is currently blank.

Assuming at least one of Manchester City or Tottenham has made it through to round five of the Carabao and European knockouts of some description – and you’ll forgive the huge presumptive leap of us describing this scenario as Quite Likely – that midweek might be the best or even only fit for the game postponed at the Etihad on Saturday.

And what makes this so enticing? The fact Spurs host Manchester City at White Hart Lane on the weekend of February 4-5, setting up a potentially vital double-header between what could even at that stage be two title contenders but will surely at the very, very least be between one title contender and a team that has for some reason bothered them more than just about any other in recent years.

Replays schmeplays
One other obvious solution would be to continue further down an increasingly-established road and completely bin off FA Cup replays altogether. The wider arguments against this are well known and all extremely valid, but if we’re going to have matches from at least one and very likely two weekends to fit in somewhere else then the most obvious slack that could be returned to the schedule would be the two January midweeks currently earmarked for third- and fourth-round replays. We all know this would be yet another hammer blow to The World’s Greatest Cup Competition but we are rapidly approaching needs must territory here.

Making the Carabao semi-finals one-legged affairs is another, albeit less likely, possibility. Personally, we’d argue the two-legged League Cup semi-finals stand as a greater anachronism than FA Cup replays, but nobody listens to us so it doesn’t matter.

While it is theoretically possible to play rescheduled league games during the midweeks currently slated for FA Cup replays and the Carabao semi-final second legs it is complicated by the short timeframe for confirmed availability of teams and issues around TV coverage if the league game was due for live broadcast and now clashes with cup games.

The three empty midweeks that do currently exist in the schedule in April and May can be used, but really these gaps exist for fixtures that need to be moved due to teams progressing to the Carabao Cup final or the last eight and beyond in the FA Cup. And again, the teams most likely to need those dates are the ones who are in European competition and therefore quite likely to go deep in those domestic competitions as well.

There is currently absolutely no possibility, by the way, of simply extending the season beyond its already extended finish. The FA Cup final takes place on June 3, with the Champions League final the weekend after, followed by a block for international fixtures – notably Euro 24 qualifiers.

When September ends
With Chelsea v Liverpool and Man United v Leeds now postponed this weekend and the international break to come the weekend after, three of England’s European representatives will now go four weeks without a league game during the most densely packed football season ever attempted.

And Arsenal have already seen their midweek Europa League clash with PSV called off, yet another game that now has to be snuck in somewhere else, with a hard UEFA pre-World Cup deadline.

For trucks’ sake
A further spanner in the weekend’s works is another issue of numbers and logistics. This time, outside broadcast trucks and a lack thereof. Sky’s are busy with the unprecedented requirements of Sky News in providing countrywide coverage of the Queen’s death and funeral.

But they’ve managed to sort some trucks (or so we assume) as all four of their top flight fixtures – Aston Villa v Southampton on Friday, Tottenham v Leicester on Saturday, then Brentford v Arsenal and Chelsea v Liverpool on Sunday – will go ahead with full TV coverage.