It seems as though Spurs will back Mourinho over Alli. Liverpool are among those who have been there before. 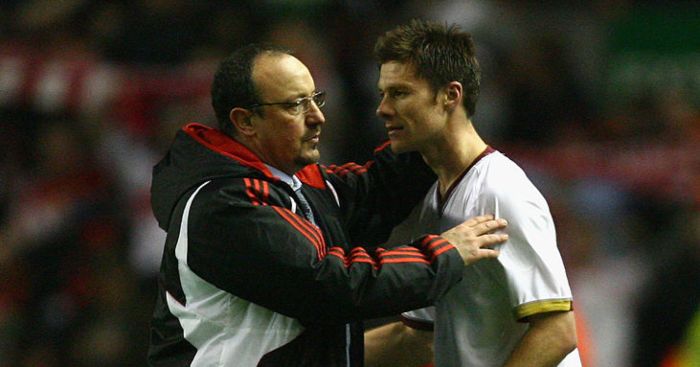 Dele Alli is ‘upset and confused’ at being frozen out by Jose Mourinho, who he has seemingly never heard of. A loan move beckons but Tottenham would not be the first team to choose a manager over a star player. Even Liverpool have done it…

Newcastle (Keegan over Cole)
The definitive take was offered by Seb Stafford-Bloor but it is worth reiterating just how hazardous a path Newcastle followed in January 1995. Nine points separated them from Manchester United – with the Magpies crowing over a game in hand on their rivals – on the day they sent Andy Cole to Old Trafford in exchange for around £6m and an entire Keith Gillespie.

It went against every accepted wisdom of how an elite side should conduct itself, not least because Newcastle never reinvested the funds directly. Les Ferdinand and David Ginola joined that summer but never as a direct result of Cole’s sale.

The show of faith in Kevin Keegan was astounding. Cole scored more than 40 goals – the only Newcastle player ever to reach that mark in a single campaign – in his only full season, yet was being moved on in mid-season with no replacement. The manager’s explanation on the St James’ Park steps in front of baying fans that “I’ve made a decision” and “I’ve done it for the benefit of this football club” was stirring.

As the Daily Mail would later write: ‘Keegan won a heated exchange with Newcastle’s reluctant directors.’ There was certainly something about him that inspired belief.

Manchester United (Stam over Ferguson)
Both parties have since dismissed the idea that Jaap Stam and Sir Alex Ferguson clashed due to the former’s incendiary autobiographical claim that the latter “wants us to copy other sides we face in European competitions and go down to win a penalty”. But the timing suggests otherwise: Stam was sold to Lazio less than two weeks after those particular thoughts were serialised in a national newspaper.

Manchester United thus chose the legendary manager over a centre-half whose Premier League life was fleeting but utterly dominant. Stam won three consecutive titles, the Champions League and an FA Cup, but that was never a battle he would win.

Liverpool (Benitez over Alonso)
It remains one of the more peculiar chapters in Premier League history, Rafael Benitez’s persistent pursuit of Gareth Barry despite boasting Xabi Alonso in his title-challenging Liverpool midfield. At times it felt contrived, a forced attempt to defy preconceptions. But this went beyond a Spanish manager wanting to go against expectations by casting aside a cultured contemporary for a full English. It bordered on obsession.

A succession of offers were made for Barry in May 2008, which Aston Villa promptly rejected. Alonso, the crux around which Benitez built a side that reigned Europe three years prior, spoke candidly that October about “how I was treated”.

“It was a new situation for me,” he said, “something I had never experienced before. It is a fact that any player can be really happy where he is but, if the club don’t want him, he has to accept it. There is not much you can do.”

Liverpool enjoyed an excellent campaign with Alonso impressing in a reserved role. But the relationship between player and manager was irretrievably broken. A transfer request in July 2009 was the precursor to a move to Real Madrid and “a fresh challenge” a week later. Barry moved to Manchester City and Liverpool completed the single biggest downgrade before 2020’s A-Level results.

Arsenal (Wenger over Adebayor)
“I fight to get the players the maximum wages, but you have to respect that we have a wage structure,” said Arsene Wenger in July 2008. Two months earlier, he spoke of his belief that “at every club you have to respect what you can spend and you shouldn’t promise what you cannot afford” – like the boss who keeps telling you he is doing everything he can to get you a pay rise but the suits aren’t listening.

By August, Emmanuel Adebayor would double his earnings to £80,000 a week on a four-year deal that would only be honoured for a quarter of the time. Manchester City muscled in, capitalised on the name value of Mark Hughes and brought the Togo international in for £25m. Wenger, meanwhile, boasted the “full, unequivocal support of our board”.

Chelsea (Conte over Costa)
Antonio Conte was neither the first nor will he be the last person to end a relationship over text. But dumping Diego Costa with a quick ‘I hope you are well. Thanks for the season we spent together. Good luck for the next year but you are not in my plan’ was akin to grabbing his discarded jeans and top from the bedroom floor and scarpering before he awoke.

The pair had actually fallen out the previous January, Conte dropping Costa after the striker ‘had his head turned’ by the riches on offer in China. He was persuaded to stay and become that most rare of Premier League players: 20 goals or more in at least two title-winning seasons. But who needs that when you could have Alvaro Morata?