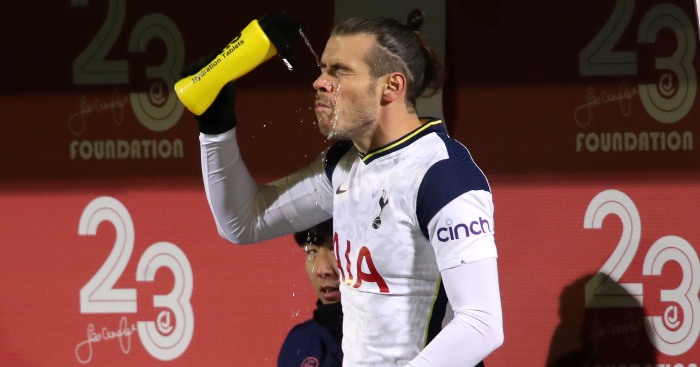 Normally, we think the idea of sacking off the FA Cup – like at least a dozen Premier League clubs do every single season – is a pure daftness. A stone-hearted, cold-eyed decision based on the all-consuming importance of Premier League Status above all else and, more importantly, not in any way a proven success. We’d argue that the positives of winning any football match and the negatives of losing one outweigh the flimsy benefits of playing a game or two less across a whole season.

However. This year is definitely different. This year there isn’t just the prospect of a bit of fixture congestion, but all-caps FIXTURE CONGESTION that descends rapidly into a PILE-UP and from there a FARCE or, heaven help us all, even CHAOS. It’s already a chaotic and shortened Premier League season thanks to Covid, which has also caused an above-average number of postponements.

There are loads of games to fit into a season that, for as long as Euro 2021 remains officially on, has an unmoveable hard deadline of May 23, which is only four months.

Given that, there are plenty of teams who could genuinely do with getting the FA Cup out of the way in a desperate bid to mitigate the aforementioned CHAOS.

Tottenham (v Wycombe, Monday)
The first and most obvious example is Spurs, who already have a final to look forward to anyway, have already played 31 competitive first-team games since the middle of September and, with this FA Cup fourth-round tie at Wycombe pushed back to Monday, face at least another 24 games in the final 118 days of the season. If they were to reach the finals of both the FA Cup and Europa League, that swells to 35 games in 121 days. Which works out at more than two games per week. For four months. When they’ve already played more games than everyone else in the previous four months. It seems like a very bad idea.

It’s all very annoying, because this is a cup that Spurs have a proud yet now ancient history in and one they absolutely should, in general, chuck absolutely everything at. That Spurs won their (at the time) record-breaking eighth FA Cup in 1991 and haven’t so much as reached a final in the 30 years since is utterly ridiculous and in urgent need of addressing. But not this season. They’ll be f***ed. Wycombe for their part are currently bottom of the Championship but should fancy their chances of causing a bit of a stir against an inevitably much-changed team for whom this tournament is now, reluctantly, a distant fourth priority.

Leicester (v Brentford, Sunday)
Leicester have given themselves an enviable chance of repeating the freakishly one-off never-to-be-repeated achievements of 2016 just five short years later, which would be a truly astonishing achievement and also objectively very funny. They, too, have Europa League commitments looming next month and should probably not be worrying too much about this competition. Happily, the draw has been kind, with Brentford away precisely the sort of fixture a much-changed Premier League side can lose without misplacing too much face. A formidably strong Championship side who should have got promoted last season, may well get promoted this season and have already busied themselves knocking Premier League opponents out of the Carabao for fun this season. Take the L, and then back to the real quiz of mugging off the entire Premier League circus and the self-appointed Big so-called Six yet again.

Fulham (v Burnley, Sunday)
Burnley (v Fulham, Sunday)
One of these teams is going to find themselves confused and blinking into the setting sun as they face the reality of now having to play an FA Cup fifth-round tie against Bournemouth or Crawley and therefore quite possibly a quarter-final after that and wonder how on earth that has all come to pass. And it’s going to be Fulham, isn’t it? Sean Dyche will bring all his experience to bear on this one as he strikes a significant blow in the relegation fight by losing 2-1 at a direct rival. Magic.

Norwich (v Barnsley, Saturday)
Is promotion back to the Premier League more important than beating Barnsley and then suffering a Lampard-job-saving defeat to Chelsea in the next round? Yes, it is. Norwich are fast approaching the point where failure to get automatically promoted would represent a major collapse and a high-profile FA Cup defeat to Chelsea and Lampard and narrative might just do it. Far better to slink out now, unnoticed, against fellow Championship opponents.