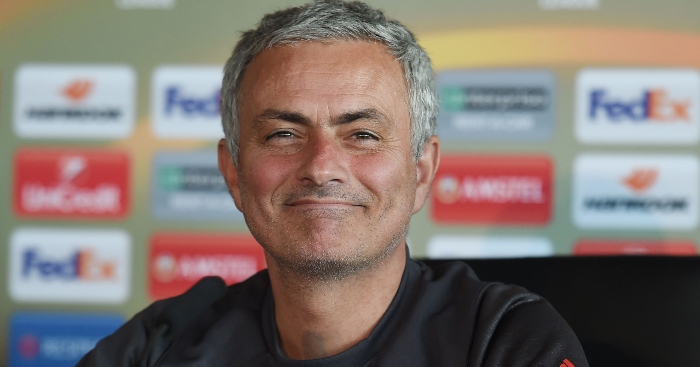 Jose Mourinho was hammered for much of what he said and how he went about managing Manchester United. Maybe he was right more often than we all thought…

Finishing second was an incredible achievement
“I keep saying and thinking and feeling that the second last season was one of my biggest achievements in the game.”

How we all laughed when serial winner Mourinho declared that leading United to a runners-up finish was up there with the two Champions League titles and four domestic leagues he has conquered. At the time, it reeked of self-preservation.

But Mourinho knew. And he doubled down on that view after he was sacked. “If I tell you, for example, that I consider one of the best jobs of my career was to finish second with Man United in the Premier League, you will say, ‘this guy is crazy,'” Mourinho said a month after being shown the door. “‘He won 25 titles and he is saying that a second position was one of his best achievements?'”

“I keep saying this because people don’t know what is going on behind the scenes.”

In the context of United’s current fortunes, maybe Mourinho deserves a stand to be named after him at Old Trafford after coming 19 points behind Man City, but comfortably ahead of Tottenham, Liverpool and Chelsea. His squad was very similar to the one currently disgracing themselves, with Romelu Lukaku and Alexis Sanchez (the Chilean joined halfway through the season) the only major exits, while Solskjaer has the luxury of the centre-back that Mourinho pleaded for.

Mourinho knew Pogba can’t be trusted
Paul Pogba may have been United’s most technically gifted player of the last three seasons, but Mourinho was right. The midfielder is a ‘virus’ in the dressing room.

“You don’t respect players and supporters. And you kill the mentality of the good honest people around you,” Mourinho is reported to have told Pogba after a draw at Southampton last year. “You are like a person with a flu, with a virus in a closed room – you pass that virus to the others.”

By that time, the problems at United had split supporters and pundits into two separate factions: Jose vs Pogba. Shortly after, it was Pogba who claimed victory, and his sudden-but-fleeting upturn in form upon Mourinho’s sacking gave ammunition to those who believed the manager was the problem.

But Pogba hasn’t changed. Yet again he went out of his way to engineer a move out of Old Trafford this summer and his form this season – when fit – has been as hopelessly inconsistent as we came to expect from the Frenchman under Mourinho.

Pogba can’t claim that Mourinho didn’t try. The manager tried a raft of formations and midfield personnel in an effort to get the best out of the record signing, and even after Pogba told United he wanted to leave having returned to work with a World Cup winner’s medal fluffing his ego, Mourinho offered an olive branch in the form of the United vice-captaincy. Pogba (metaphorically we hope) wiped his arse with the armband.

But United don’t learn. The hierarchy at Old Trafford are reportedly ready to offer Pogba a pay-rise in a vain attempt to persuade him that his future lies with the Red Devils. But Pogba wants out and he could not have made it clearer, with his words or his form.

Marcus Rashford isn’t a natural centre-forward
When Mourinho signed Zlatan Ibrahimovic and Romelu Lukaku in each of his first two summers in charge at Old Trafford, the worry for many was what their arrival meant for Rashford’s prospects. Their concerns were misplaced.

Rashford ended up making more appearances under Mourinho than any other Manchester United player and played the fourth-highest number of minutes. The problem for some was that Rashford spent most of his time on the pitch shunted out wide.

Around 50 of the academy graduate’s 125 appearances under Mourinho came as a centre-forward, with 32 of those coming from the start. According to Transfermarkt, he averaged a goal every 219 minutes while leading the line. Hardly prolific numbers.

Mourinho recognised that Rashford’s qualities were more suited to a wide forward, a player who can lead breaks rather than one who can receive the ball with his back to goal. But Rashford still saw himself as a No.9. The ex-manager explained his thinking last month.

“I am not going to say he cannot ever be a number nine, he can be a dangerous number nine especially if the opposition is not pragmatic, is not close and is giving spaces to attack. He can be dangerous in transitions,” Mourinho told Sky Sports. “But when Manchester United is a team that normally plays against teams who go to Old Trafford, close the door, bring the bus, bring the double bus, he is not a striker to play with his back to the goal.

“He is not the target man, he doesn’t score as many goals as a striker should do. So I think from the side you will get him to numbers of 10-12 goals per season.”

It seems Mourinho was right. Solskjaer immediately placed his faith in Rashford as his leading centre-forward – to Lukaku’s cost – but after an initial burst, the England attacker’s productivity has waned, as has his involvement in matches. Harry Maguire had more touches in the Newcastle box than Rashford – or any other United team-mate – on Sunday. Rashford looks so far off the pace as a leading striker that many people are assuming he is carrying an injury, despite Solskjaer’s insistence that he is 100 per cent fit.

He knew Andreas Pereira wasn’t good enough
Mourinho had Pereira pegged as a continental Cleverley as soon as he got a decent look at the once-capped Brazil midfielder.

The 23-year-old spent the first two years of Mourinho’s United reign in Spain, initially with Granada before he defied the manager to go to Valencia for a season in 2017 – a decision which ‘disappointed’ Mourinho:  “His decision can be considered a young player who wants to play every weekend but also a young player that is not ready to fight for something difficult.”

Mourinho made his peace with Pereira’s choice and the manager offered the midfielder a chance to impress during United’s pre-season tour in 2018 while their World Cup players were still on holiday. In the United States, Pereira played as a No.6 where he eventually made his first Premier League start on the opening weekend. By the end of the following weekend, he was done in Mourinho’s mind. Pereira was hooked at half-time during a defeat which rang alarm bells at Old Trafford.

His next start came almost four months later when Mourinho rested key players for a Champions League group game at Valencia with qualification already assured. Back at the stadium he spent the previous season, Pereira was wretched. He was dropped again from Mourinho’s squad for the fateful trip to Liverpool, as he had been for the previous eight Premier League matches.

Solskjaer came in and having failed to convince Louis van Gaal or Mourinho, he was given a third opportunity. The current boss certainly appears to fancy the Belgium-born Brazilian more than the previous two managers – God only knows why. Pereira is a player without a position; he looks out of his depth wherever he is played. Fred may be the current poster boy for United’s slide but Pereira is equally as inept, as Mourinho quickly learned once he had the chance to see for himself.

He saw something in McTominay
When Mourinho brought Scott McTominay into his side and played him on an increasingly regular basis, even some within the club – his former academy team-mates among them – are understood to have been utterly baffled by what the manager saw in the gangly midfielder.

Not only did Mourinho play McTominay, he held the Scotland youngster up as an example to the rest of his high-profile, underperforming squad. Mourinho invented an award for McTominay at the end of the 2017-18 season, when United somehow finished second, so that he could be brought up on stage and paraded in front of the MUTV cameras as the template for his team-mates.

When Mourinho went, so too it was presumed would McTominay chances of regular involvement. Indeed, in his attempt to paint himself as the anti-Jose, Solskjaer used McTominay for a single minute in his first eight Premier League matches in charge.

But the midfielder has shown the kind of attitude and ‘special character’ that Mourinho saw in him to establish himself as one of the first names on Solskjaer’s team-sheet. Unfortunately for McTominay, any praise he receives is so often prefixed with “he’s no Keane/Robson/Scholes/Edwards” but he cannot be held accountable for the decline in standards at Old Trafford, especially while he is one of the few players trying to uphold them.