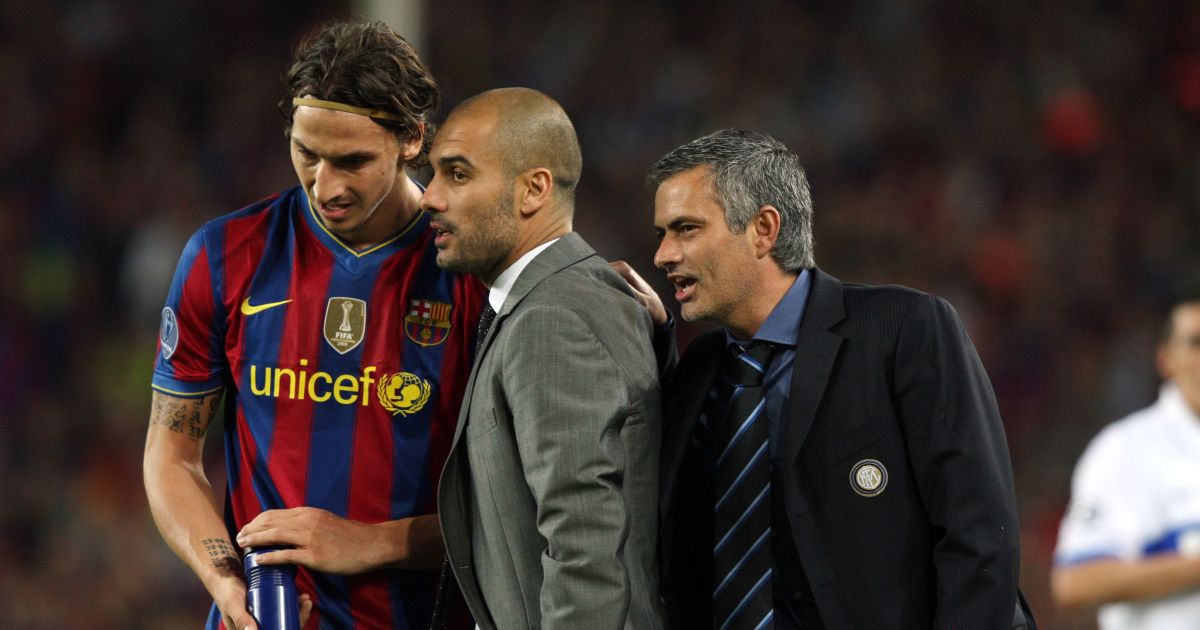 With clubs strapped for cash, there will be swap deals aplenty this summer. Often, there’s a patsy. As there was in these five deals…

Inter Milan – swapped Clarence Seedorf for Francesco Coco
Only Clarence Seedorf could swap Inter for AC Milan and still remain respected by the Nerazzurri. He crossed the Milan divide in 2002, with Italy international Francesco Coco heading in the opposite direction. The right-footed left-back tried and failed to usurp Paolo Maldini as the Rossoneri’s left-back, in which there is no disgrace.

But there was no justification for Inter placing equal value on Coco and Seedorf, despite the Netherlands star having cost £20million just two years earlier.

Milan got a decade’s worth of service out of Seedorf, who won two Serie A titles, a couple of European Cups and could probably still boss a midfield aged around 68. Coco spent his five years at Inter either injured, on loan, chasing the opposite sex – “naturally, women are among my thoughts” he said in an interview in 2001 – or trying to forge a TV career.

Having fluffed a trial at Manchester City in early 2007 after turning up puffing on a cigarette, Coco retired upon the early termination of his Inter contract and reportedly became a real estate agent in Milan after returning from Hollywood with his tail between his legs.

According to Cannavaro, he was ‘ditched’ by Inter, regardless of his desire to stay. So he moved to Turin on the same deadline day as Zlatan Ibrahimovic – a decent day’s work by anyone’s standards – in exchange for reserve goalkeeper Fabian Carini, with both players supposedly valued at around 10million euros, despite Cannavaro having cost 23million euros two years previously and Carini never having played in Juve’s first team.

The centre-half shook off the injury problems he had suffered during his second season at Inter to establish himself as Italy’s World Cup-winning captain and one of the game’s finest defenders. He made 96 appearances in two seasons, winning the Ballon d’Or, before joining Real Madrid when the Calciopoli scandal saw Juve relegated to Serie B.

Carini, despite being Uruguay No.1, made only four Inter appearances in three years. He had as much success usurping Francesco Toldo and Julio Cesar as he enjoyed trying to dislodge Gianluigi Buffon from the Juventus goal. Carini also failed to establish himself during a loan spell at Cagliari before moving to Spain to sit on Murcia’s bench. 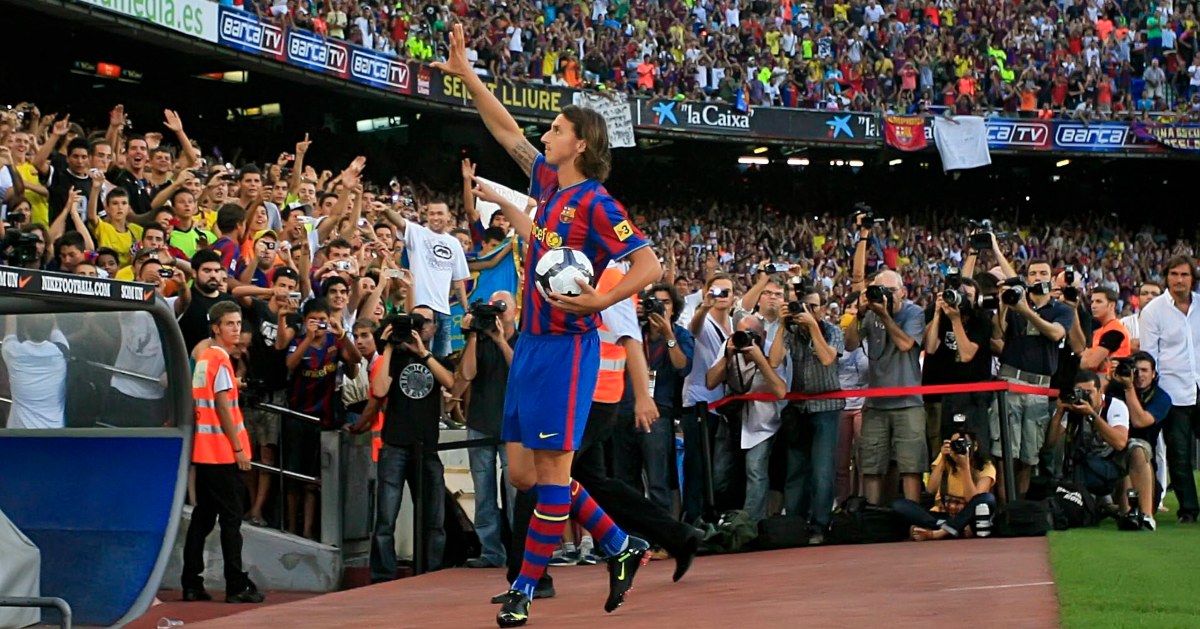 Barcelona – swapped Samuel Eto’o, Alexander Hleb on loan +£40million for Zlatan Ibrahimovic
This one certainly didn’t go as Barcelona expected when they presented Zlatan, the previous season’s highest scorer in Serie A, as their new striker in July 2009.

Zlatan couldn’t get along with Pep Guardiola. After Barca lost to Ibra’s old Inter side in the 2010 Champions League semi-final, the striker revealed how he confronted his coach.

“Guardiola was staring at me and I lost it. I thought, ‘there is my enemy, scratching his bald head!’ I yelled: ‘You haven’t got any b***s!’ and worse than that I added: ‘You can go to hell!’ I completely lost it, and you might have expected Guardiola to say a few words in response, but he’s a spineless coward.”

The Sweden star lasted only one season of the five-year deal he signed at the Nou Camp before being dispatched back to the San Siro, with AC Milan, initially on loan for a season before a permanent transfer worth around £21.6million.

While Zlatan was flopping at Barca, Eto’o won the Treble in his first season at Inter. He didn’t fancy Guardiola much either. “He allowed Inter to strike the best deal in football history,” said Eto’o in 2019.

Hleb never made it to the San Siro. After falling out with Pep Guardiola having not played regularly since leaving Arsenal, the Belarusian winger decided a year – possibly longer had Inter taken  up their option to buy for £9million – under Mourinho wasn’t for him so he joined Stuttgart instead.

One per club: reasons why they should sign Sergio Ramos

Blackburn – swapped James Beattie + £7million for Kevin Davies
A year at Southampton saw Davies increase his value ten-fold. After signing for Saints from Chesterfield for £750,000, the striker netted 12 goals in all competitions, which lured Rovers in to smash their transfer record while giving the 21-year-old a SEVEN-year contract.

Roy Hodgson also allowed young prospect Beattie to go as part of the deal, which worked out horribly for Rovers.

Davies started only nine Premier League matches for Blackburn, scoring once. When Hodgson was axed, Brian Kidd preferred Ashley Ward. Regardless of who led their line, Rovers were relegated.

Meanwhile, Beattie’s goals helped to keep Saints up, with Davies re-joining them a year after leaving in another exchange deal involving Egil Ostenstad. That deal didn’t work out much better for Rovers either.

Manchester United – swapped Alexis Sanchez for Henrikh Mkhitaryan
No mistake, Mkhitaryan didn’t pull up trees at United or Arsenal. But he wasn’t any bother.

Sanchez caused United no end of grief, though it was largely a mess of the club’s making. Upon signing Sanchez, who had less than a year remaining on his Arsenal contract, in a straight swap deal valued at around £35million, the Red Devils made his agent’s dreams come true.

For his enormous, record-breaking salary, Sanchez brought five goals in 45 appearances. The Chilean didn’t fancy it and boy did it show.

“The first training I had I realised many things,” he reflected after being allowed to join Inter for free. “I came home and I told my representative: ‘Can’t the contract be terminated to return to Arsenal?’ They start laughing and I told them that something did not sit right with me.”

Mkhitaryan scored more goals in fewer appearances for Arsenal before he was shipped off to Italy. But the Armenian was no trouble. Arsenal shifted Sanchez – who they looked set to lose for free – while taking a useful squad player. United saddled themselves with a huge liability.