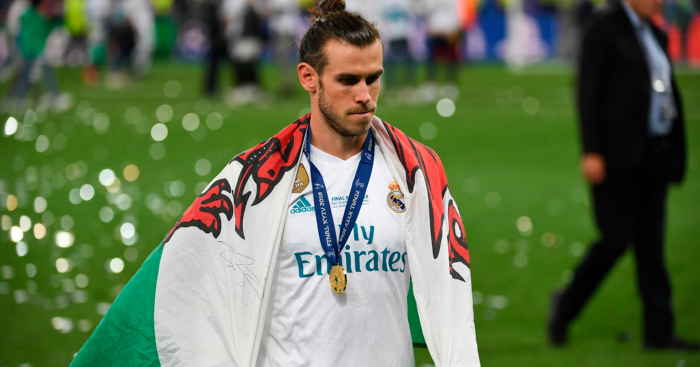 Anthony Martial to Tottenham
Tottenham’s list of leading Premier League goalscorers from last season tells a very clear story: Kane 30, Son 12, Eriksen 10, Alli 9, Davies/Lamela, Aurier 2. Their attacking prowess drops off a bloody big cliff after a first-choice quartet that played a ridiculous amount of football in 2017/18; no wonder they largely looked knackered by the end. A full Mauricio Pochettino pre-season for Lucas Moura should help next season, but what Spurs really need is a potentially world-class player who can simultaneously back up Harry Kane and provide competition for those who play in attacking midfield. Step forward Anthony Martial.

While that Tottenham quartet all played well over 3,000 minutes of football for their clubs last season, Martial played less than even Victor Lindelof for Manchester United as Jose Mourinho made it abundantly clear that the Frenchman is falling well short of his expectations. He watched on as United were awful in defeat against Sevilla and then started just two Premier League games in the final three months of the season. He needs a change.

Gareth Bale to Manchester United
And what could possibly be funnier than Manchester United throwing over £200m at a 29-year-old player who does not fit their system purely to prove that they really do still have a massive willy? This line from the Manchester Evening News from last summer is telling – ‘Ronaldo is in a bracket of fantasy signings Woodward dreams of delivering to investors on the New York Stock Exchange that also includes Gareth Bale, Neymar and Thomas Muller’ – because it mentions absolutely nothing about football. It is all about United buying a star, a name, a big shiny button, a self-indulgent ‘look what we did’ moment.

After a season watching some pretty turgid football, it is easy to see why somebody like Paul Scholes says that “these are the type of special players that I think United need”, while the rest of us point out that Manchester City finished last season 19 points ahead without ever feeling the need to buy a player who costs more than Aymeric Laporte. Having spunked ridiculous wages on the “special player” that is Alexis Sanchez, will he now be abandoned to make way for another “special player” who costs even more? It’s become the Manchester United way: No plan, no long-term planning, just shiny things bought for shiny money.

Arturo Vidal to Arsenal
“That is the kind of character. That is the leader – that is exactly what Arsenal need,” said Jimmy Floyd Hasselbaink last summer when discussing Premier League clubs’ reluctance to bring Arturo Vidal to England. “I would take him at Arsenal tomorrow,” said Lee Dixon. If not ‘tomorrow’, then how about now? Arsenal need a proper b***ard and Vidal is a) a proper b***ard and b) available from Bayern Munich this summer. This is the stuff of dreams.

“I would always want him to go to war with me,” said Antonio Conte when discussing Vidal; would any manager say the same about any current Arsenal player? Some would cower at the back, others would run in the opposite direction and the rest would shoot themselves in the feet. They have no warrior while Vidal is a warrior who is loved by Conte, Pep Guardiola and Jose Mourinho, which is quite some collection of admirers. That should make him a warrior with many offers this summer. Ignore the lure of Italy and come and captain Arsenal, fella.

Gianluigi Buffon to Liverpool
While there is talk of £80m for Jan Oblak or Alisson, there needs to be other, cheaper alternatives for Liverpool. There have been rumours of moves for Jack Butland and Alex McCarthy, but let’s not pretend that either would be a significant upgrade on Loris Karius. Anybody who has watched Butland this season knows that he is more than capable of dropping a bollock in a Premier League clash with Leicester, never mind a Champions League final against Real Madrid.

Gianluigi Buffon is not just the romantic choice; it also carries some logic. If Jurgen Klopp still believes in Karius, what better plan than bringing in a 40-year-old legend for two years to allow Karius to recover and learn away from the spotlight?

“If I were to continue, I’d want to challenge for big honours, because that’s what I live for and in a way it’s my limitation too,” said Buffon this week. If the big man wants to play in finals, is there any better place than Liverpool? He might even help them win one.

Yaya Toure to West Ham
Okay, I have written that – having made himself a Manchester City legend – he should bugger off before we are forced to watch him lumbering around a Premier League pitch, but if he does insist on sticking around, then we have everything crossed for West Ham. After half a season of David Moyes and years of mismanagement which has left them ‘the most dysfunctional club in the Premier League’, the West Ham fans deserve a break. They deserve Yaya.

You could argue that West Ham need mobile midfielders so signing Toure would be a grave error, but we say tish and fip to such arguments. We say ‘surround him with mobile midfielders and then tell him he can do whatever he pleases’. He will either be brilliant and become the hero craved by Hammers fans, or he will add another chapter to the story of a loco football club. Either is absolutely fine.