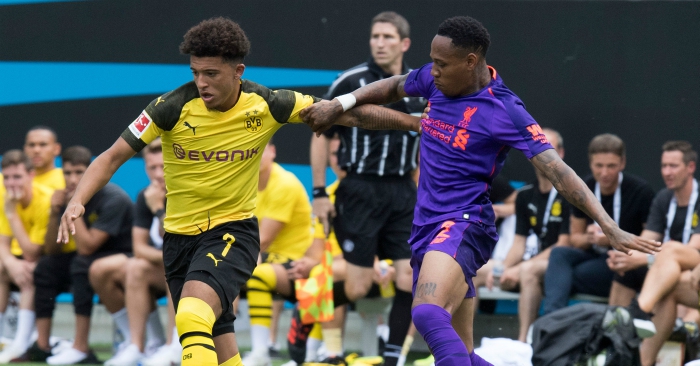 The party is finally over. Kind of. It is at least postponed indefinitely, with Jamie Vardy stating that he no longer wants to be considered for England selection, unless his country are facing a crisis.

But who could replace the man with 26 caps and seven goals? Let’s take a look at the uncapped options who would happily and justifiably take his place in Gareth Southgate’s first post-World Cup squad later this week.

Callum Wilson (Bournemouth)
Gareth Southgate is a man of his word. When he asks to borrow something, he fully intends to actually return it in full working order. He always ensures to read the terms and conditions in their entirety before checking the box to confirm he has done so. If he insists he will have your daughter back by 10pm, expect to have your Huw Edwards fantasies rudely interrupted by a soft knock at the door and a be-waistcoated gentleman greeting you with a firm handshake and a copy of Atomic Kitten’s seminal 2001 classic, Whole Again.

“I’m very conscious I’ve got to get the balance right because ultimately my responsibility is to produce a winning England team,” said the Three Lions manager last February. “I never pick on reputation – form has to come into it.” And it is this ethos that has resulted in Tammy Abraham and Dominic Solanke becoming fully-fledged internationals. The former scored five goals in 31 Premier League games last season, while the latter notched just one in 27 appearances. Callum Wilson netted eight goals last campaign for Bournemouth, and two already this.

The 26-year-old might not be up to the England standard, and would certainly struggle for opportunities ahead of Harry Kane. But a record of 21 goals in 64 Premier League games for a mid-table side, having suffered two long-term, career-threatening injuries, deserves some recognition.

Demarai Gray (Leicester City)
Wilson made just one appearance under Southgate for the England Under-21s. Demarai Gray featured twice during the 47-year-old’s spell, and even received managerial praise for an “exceptional” assist during his “super debut” in March 2016. Two months later, Gray received a Premier League winner’s medal, but his development curve has been a little too steep a little too often since.

In the season following Leicester’s title win, Gray started just nine Premier League games. That improved to 17 the following campaign, but Riyad Mahrez was an almost permanent roadblock on his apprentice’s track to success, finally removed when Manchester City threw their financial weight around this summer.

The timing could hardly have been much better, with Claude Puel trusted to lead the Foxes into the new season. An unerring faith in youngsters has helped a sprightly and exciting triumvirate form behind a central striker, with Gray, James Maddison and Ricardo Pereira all impressing thus far this season. With options as scarce as they currently are, that alone might be enough for the 22-year-old to replace his club teammate.

Demarai Gray: Has made more successful dribbles (10) than any other player in the Premier League this season

Troy Deeney (Watford)
“They say by 30 your career is going downhill. Well I reckon the people who said that never had a career or didn’t work hard enough when they got to 30,” said Troy Deeney last week, speaking with the reinvigorated confidence of a player reborn under a new manager with fresh ideas. A simple tactical tweak has opened doors that were being slammed shut at an alarming rate. Life begins at 30.

In his first three full Premier League seasons, Deeney’s importance gradually dwindled at Vicarage Road. He scored 13 goals in 2015/16, ten in 2016/17 and just five in 2017/18. But moving into a deeper position under Javi Gracia has revitalised the Hornets captain, and maximised his underrated creative abilities. He is one of just eight players to have scored and assisted at least one goal in the same Premier League game so far this season.

At 30, the international ship has not quite sailed just yet. Rickie Lambert, Leon Osman and Kevin Davies were all older than Deeney is now when they made their England debuts, and each of them earned their place through a delicate combination of form and a shortage of alternatives. Troy soldiers on, but surely not?

Glenn Murray (Brighton)
It was a fate that had befallen Chris Armstrong, Darren Huckerby, Michael Ricketts, Marlon Harewood and Grant Holt before him. Glenn Murray became the latest English player to be overlooked despite excelling in a tournament year when Southgate named his 23-man World Cup squad this summer. The Brighton striker sits snugly behind Harry Kane (14) and Jamie Vardy (12) in terms of Premier League goals for Englishmen in 2018, with his eight putting Marcus Rashford and Danny Welbeck (both 3) to shame.

Southgate could hardly be blamed for ignoring calls to reward Murray’s fine form, of course. The 34-year-old has far exceeded expectations at Brighton, but the step to represent England would be too far at this stage. Plus, if we are to consider players based on calendar-year records, Bradley Wright-Phillips (16 goals in MLS), Matt Derbyshire (10 in Cyprus) and Courtney Duffus (eight in Ireland) all want a word.

Jadon Sancho (Borussia Dortmund)
As one England career is laid to rest, another could rise from those ashes. How fitting it would be in this progressive, modern era for Jamie Vardy (31) to be replaced by Jadon Sancho (18) in this week’s latest squad?

If this route is to become a popular one and offer a legitimate option for young players eager to further their development, it needs a poster boy, a success story. Sancho is impressing with Dortmund after having his pathways blocked at City. The onus is now on Southgate to be brave enough to select him.