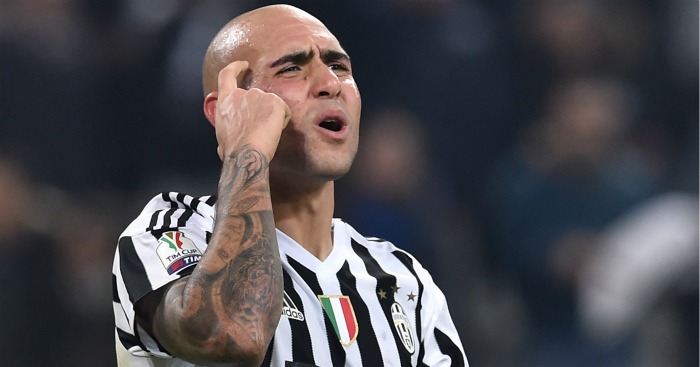 With the transfer window now open, teams across the continent will look to strengthen in January. WhoScored.com take a look at five under-appreciated players from Europe’s elite clubs who could seek a move this month.

Marc-Andre ter Stegen – Barcelona
After playing his part in Barcelona’s Champions League success, Marc-Andre ter Stegen is a player who will certainly be keen for regular game time. The young German only made his debut in La Liga back in September, despite moving to Spain almost 18 months ago, and that was due to Claudio Bravo’s enforced absence. The Chilean has established himself as the club’s number one in Spain’s top tier and has shown no signs that he deserves to relinquish the position to Ter Stegen.

The 23-year-old, though, is a keeper who warrants regular action, particularly if his performances in Europe’s elite competition are anything to go by. Only Gianluigi Buffon and Fernando Muslera (both 54) have made more saves in the Champions League since the start of last season than Ter Stegen (50). If he is to develop, a move away from Camp Nou could be on the cards in January. Liverpool have been credited with an interest in the young German, who would surely be an upgrade on Simon Mignolet.

Isco – Real Madrid
While Rafa Benitez’s sacking could convince the creator to remain at the Bernabeu, Isco’s lack of first-team opportunities will no doubt have led him to consider that his future may lie elsewhere. Indeed, behind Gareth Bale and James Rodriguez in the Real Madrid pecking order, the 23-year-old is another who – like Ter Stegen – needs regular game time if he wishes to realise his immense potential.

Isco has impressed for Los Blancos in the Champions League this season, with his six appearances returning a WhoScored.com rating of 7.59, the 28th best in the competition. His three assists are bettered by only five players. Nonetheless, he deserves first-team action, not waiting on the peripheries of the starting XI hoping for his chance to shine. Zinedine Zidane’s appointment may persuade the player to stay put for now, but any top team needing to acquire a creative midfielder could do far worse than test Madrid’s resolve to retain Isco’s services. Manchester City, anyone?

Marquinhos – PSG
For a team that has shipped just nine league goals this season, PSG have no need to alter their defence. The age-old adage ‘if it ain’t broke, don’t fix it’ is certainly applicable to the Parisian outfit, who are the only team yet to lose in Europe’s top five leagues this season. With the David Luiz-Thiago Silva axis currently Laurent Blanc’s favoured centre-back pairing, Marquinhos has carved out his own place on the bench.

A lack of first-team action has seen the young Brazilian question his future at PSG, though the player insists he will not look to leave France this month. Manchester United and Chelsea, though, have both been linked with the 21-year-old, who boasts the joint-second best pass success rate (93.8%) in Ligue 1 this season. United and Chelsea prefer to play the ball out from the back and Marquinhos is indeed a centre-back who would match the possession-based requirements of the two teams. Interest in his signature will intensify between now and the end of the month, particularly if he continues to act as back-up.

Mario Gotze – Bayern Munich
Once dubbed the German Messi, Mario Gotze has failed to match expectations following his controversial switch from Borussia Dortmund to Bayern Munich. Having dropped behind Thomas Muller, Douglas Costa and Arturo Vidal in the pecking order, the World Cup winner has indeed seen his opportunities limited, with injury restricting Gotze to just four league starts this term. One goal and three assists have contributed to a WhoScored.com rating of 7.23.

But Gotze may yet be persuaded against a move away from Bayern. With Pep Guardiola leaving at the end of the season, the slate would be wiped clean for the 23-year-old. The imminent arrival of Carlo Ancelotti presents him the chance to re-establish himself. However, with Euro 2016 looming and Gotze hoping to secure his place in the Germany side, a January transfer bid could tempt the young attacker to consider his future.

Simone Zaza – Juventus
A number of teams across Europe will look to strengthen their frontline this month in a bid to achieve their seasonal goal, with many on the look-out for a new striker. They could certainly do a lot worse than move for Simone Zaza, who has struggled for regular first-team action upon his permanent return to Juventus from Sassuolo. The Italy international has made just three league starts this season, with Paulo Dybala, Mario Mandzukic and Alvaro Morata ahead of Zaza in Max Allegri’s picks.

Given reports suggest Juventus will re-sign Domenico Berardi at the end of the season, the club may entertain offers for the 24-year-old frontman this month. Tottenham are a team in need of a striker to ease the burden on Harry Kane. Could they look to Zaza as a means of boosting their attacking ranks? The striker seems tailor made for English football and one would expect interest in his signature to increase as the transfer window’s end begins to edge closer.