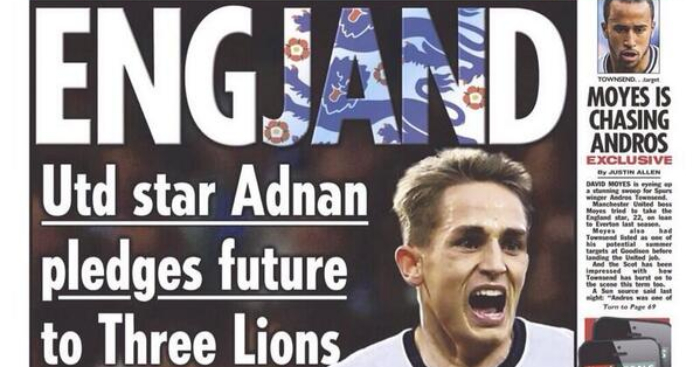 Declan Rice
It started with an innocuous question put to Gareth Southgate in January 2018. “He is somebody whom we know with our technical department,” the England manager replied, when asked whether Declan Rice was on his radar. “We are across every young player and, of course, there are plenty of young players with dual nationality. Wales have several players who have been in our system and who have got caps. So we are always looking. We are aware of him, we are aware of his situation.”

At the time, said situation was clear: Rice had been in the Republic of Ireland setup for three years, making 20 appearances for their various youth teams. He was not yet a full international – the first of his three friendly caps thus far came in March – but there was little doubt concerning his future. “There’s no decision to be made,” he stated in no uncertain terms upon his second call-up, before confirming he would not meet with England even if they offered.

After impressing on his debut in a defeat to Turkey, Rice ended any speculation. “If I’m honest, it brought a little bit of a tear to my eye singing the national anthem and thinking of my nana and granddad,” he said. But West Ham co-owner David Gold is not one to let sleeping dogs lie. “I’m looking forward to the new manager turning Declan Rice into a strong English defender for the future of the England team,” he said in May.

It was enough to generate a pithy response from Ireland assistant manager Roy Keane. “It’s going to be pretty difficult if he’s Irish,” was his reply. “And he is Irish. He plays for Ireland. Where else would he want to go, if you had a choice, Ireland or England? It’s pretty straightforward, isn’t it? Ireland.”

The whole sorry affair reached a head when Ireland manager Martin O’Neill omitted Rice from his latest squad this month and confirmed the player had been speaking with England. The tug-of-war over a relatively average if promising youngster continues unabated.

It is unlikely that Rice ever wanted things to boil over in such a fashion. He is the two-timer caught cheating, Ireland are the jilted lover eager to air dirty laundry in public, and England are actively pursuing someone in a relationship. No-one emerges from this in a particularly positive light.

Jack Grealish
Southgate and Ireland have been here before. “The family and Jack are aware of our interest,” said the former, then manager of England’s Under-21s, in October 2014. “I haven’t spoken to him personally but certainly people from our organisation have kept in contact. We have been monitoring him but in the end it’s up to the player.”

Yet Grealish’s dilemma actually predated Southgate’s reign. He was once called up to an England U15 training camp but withdrew due to illness, and thereby switched to Ireland’s equivalent side, staying with them all the way through to the U21s. England actually named him in an U17 team in 2011, but Grealish turned down the offer. “I made up my mind a few months ago that Ireland was the best for me and I’m happy with the decision,” he said two years later, and the case was closed.

But things are never quite so simple when numerous different advisers are involved and grand promises made. As Grealish started to make Premier League waves with Aston Villa, his head was turned. He was named Ireland’s Under-21 international Player of the Year in 2014, but celebrated by rejecting a second call-up to Martin O’Neill’s senior side.

After months of speculation – in which time his stock had fallen considerably due to poor form and separate hippy crack, Tenerife street and nightclub incidents – Grealish finally made a choice. “It was not an easy decision as Ireland has a special place with me through my family,” he said in September 2015. “But I have decided to represent the country of my birth.” Seven U21 caps have been won since – but not the World Cup place Tim Sherwood foresaw.

Take a look at our back page this morning #Grealish pic.twitter.com/dSKzzHGU4W

Adnan Januzaj
He started the season as a Belgian-born Manchester United teenager with barely a reputation outside Carrington, but ended it as England and Old Trafford’s next great hope. Adnan Januzaj’s national allegiance was likely the second-most Googled phrase in Premier League terms in 2013, narrowly behind ‘How long was David Moyes’s Manchester United contract?’.

It started with two goals against Sunderland in October 2013, and snowballed from there. “There’s no doubt that he’s a real talent and we have our eyes on him but a lot will have to be discussed,” said Roy Hodgson that same day. “There is some way he has a chance of qualifying for England through residency,” Moyes confirmed, adding: “I think he’s got a choice of countries to play for.”

Try seven. As well as his native Belgium, Januzaj reportedly qualified for Albania, Kosovo, Serbia, Turkey and Croatia, with England thrown in for good measure. What resulted was claim and counter-claim, misinterpretation and misunderstanding of various FIFA regulations, and football associations falling over themselves to try and appease and appeal to a player pulled in various directions.

The English press, as ever, were the stars. They whipped themselves up into a frenzy, culminating in The Sun’s phenomenal back page on January 30, 2014. ‘ENGJAND’ read the headline, accompanying the exclusive that Januzaj had declared his allegiance to the Three Lions. He would make his Belgium debut that May, and even scored against England in the dead rubber group stage game at the World Cup.

Carl Jenkinson
Roy Hodgson might not strike you as a bare-faced liar, but looks can be deceiving. “I don’t want to trick him to play for England in a few minutes in a game to block him,” he said of Carl Jenkinson in October 2012, “but he had to make a decision because we’re very interested in him, even if the competition is tougher to get him into the England team rather than the Finland team. He made it very clear he wanted to play for England.”

There had been plenty of doubt. Jenkinson has more different youth caps than a surly adolescent: one for England U17s, three for Finland U19s, one for Finland U21s and 14 for England U21s. But his senior status was as questionable as his Arsenal-themed bedroom. He eventually opted to represent the country of his father’s birth, as opposed to that of his mother’s.

Jenkinson’s one and only England appearance came in November, a 16-minute substitute cameo in a 4-2 friendly defeat to Sweden. “I don’t want to trick him to play for England in a few minutes in a game to block him,” he says. The f***ing cheek of it.

David Johnson
To many, national allegiance is the subject of great pride, the be all and end all of a career. Playing for your country is to reach the absolute zenith, and almost every other professional accolade pales in comparison. In an era before caps were handed out to every Tom, Dick, Harry and Dominic Solanke, this was especially true.

To David Johnson, football nationality was much more of a fluid, interchangeable thing. England was his first love, but it did not last. He was an unused substitute for the U21s in December 1997, then a second-half substitute for England B in April 1998. His outlandish hopes of making Glenn Hoddle’s World Cup squad dashed, he made his Jamaica debut in March 1999.

Four friendly appearances for the Reggae Boyz later, Johnson was suffering from another case of itchy feet. He decided to switch allegiances once more, rejecting a Northern Ireland call-up in September 1999 and opting instead to link up with Wales.

An injury prevented him from representing his latest country of choice, and Scotland spotted an opportunity. Johnson pledged his commitment to the cause by October 1999, one month after agreeing to play for Wales, seven months after playing for Jamaica, and ten months after his first foray with England.

“Questions have been asked about how I, with no obvious links to Scotland, can show the same passion playing for the country as a footballer born and bred here,” he admitted at a press conference. Answers were never really provided. Johnson was led to believe he could play for any Home Nations side as a foreign-born holder of a British passport under FIFA regulations. But the discovery that the striker’s mother was actually born in Birmingham scuppered his childhood dreams.

Not that that was the end of the matter. Johnson was called up again by Jamaica in 2000 but did not play, and even had time to reject Northern Ireland again in 2004. All that fuss for zero Premier League goals in 14 career appearances.