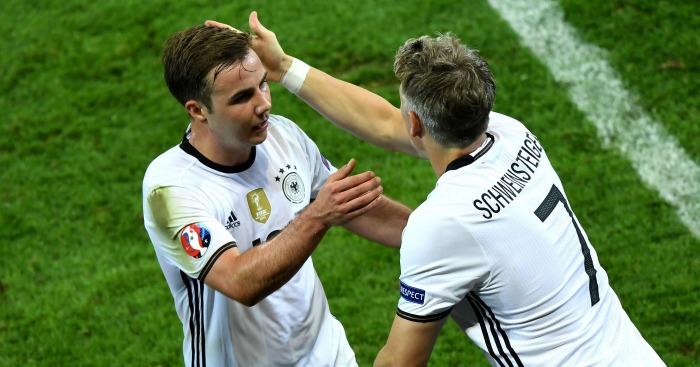 Harry Kane (England)
When the most notable thing you do is anger an entire nation by taking corners (badly), it’s fair to say that there is room for improvement. The big question for Kane is whether he even gets the chance.

Kane has been in superb form for Tottenham over the last two years, starting every Premier League match last season, yet his goalscoring form for England has always been better when coming off the bench. He has scored only twice in his ten England starts to date.

Against Russia, Kane’s link-up play was also lacking. He rarely even challenged for the ball aerially, and was restricted by an ageing and uneasy defence to three shots, all of which were off target. The argument for starting Jamie Vardy or Daniel Sturridge is growing by the day, with Kane back in the role of impact substitute.

Patrice Evra (France)
Evra has been a wonderful servant to France (we’ll ignore the 2010 World Cup-shaped elephant in the room), but few would have still expected him to command a starting place in this tournament when he left Manchester United in 2014.

Against Romania in Friday night’s opening game, Evra was really, really poor. Not only did he look uncertain when facing his own goal, but he also committed an abysmal foul to give Romania their second-half equaliser. Opponent running through with the ball at head height? Might as well trip him up deliberately.

In reserve, Lucas Digne has impressed after his loan move from Paris St Germain and is hopeful of securing a permanent deal at Roma, starting 32 Serie A games last season. Is it time for Didier Deschamps to put out the old and welcome in the new?

Paddy McNair (Northern Ireland)
Matt Stead received a fair amount of grief for including McNair in his list of the five worst Premier League players at the European Championship. He was just being honest.

Picked by Michael O’Neill in an advanced midfield role, McNair looked utterly lost during Northern Ireland’s first half against Poland. Tasked with linking midfield and attack, McNair wholly failed in that task. He had nine touches in 45 minutes, recorded a passing accuracy of 43% and was substituted at half-time.

With Northern Ireland requiring a victory over Ukraine to have any chance of progression, O’Neill will surely have to consider picking one of Conor Washington or Will Grigg alongside Kyle Lafferty in a bid to be slightly more attacking than in their first match. McNair must be worried for his place.

Johan Djourou (Switzerland)
Djourou has improved vastly since leaving England for the Bundesliga, but against Albania we saw the return of the Arsenal Djourou. His first touch was haphazard, his tendency to dwell on the ball regularly on show and his communication lacking. Twice he relied on fabulous saves from Yann Sommer to bail him out. Even the final whistle came with Djourou trying to make amends for an individual error.

With 24-year-old Fabian Schar looking far more assured by Djourou’s side, Vladimir Petkovic has the option to call on the experience of Steve von Bergen against Romania, who would win his 50th cap if selected. Next time the opposition may not be so profligate in front of goal and forgiving of Djourou’s errors.

Mario Gotze (Germany)
You can understand why Gotze might be a little rusty, having started only seven league games since October. So it was a meaningful show of faith from Joachim Low to start the Bayern Munich forward in a false nine role, with Thomas Muller, Julian Draxler and Mesut Ozil in behind.

Unfortunately, it didn’t really work. Germany may have become the first side at Euro 2016 to win by a greater margin than one goal, but Gotze was constantly on the fringes of the game, nose pressed against the window looking in. He touched the ball at least 20 times fewer than any of the three attacking midfielders, and had just two of Germany’s 18 shots.

With Mario Gomez having scored in both of last two starts for his country (including against England in March), Low must decide whether he might be better off having a focal point up front rather than a fluid and interchangeable front four. Certainly Thomas Muller may flourish more in that first scenario.