Home Burnley Five winners from the FA Cup fifth round 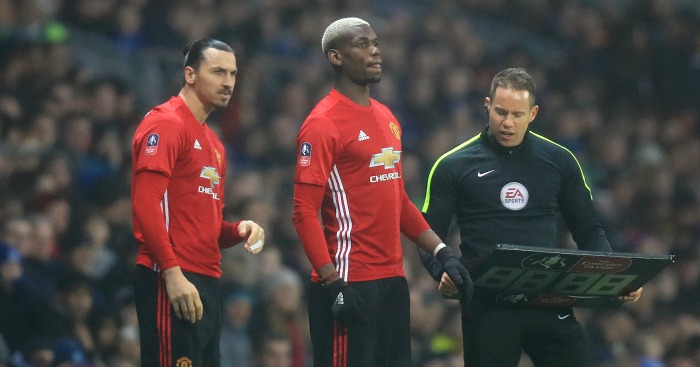 Tottenham’s two Harrys
Lumping in a player who scored his second hat-trick of 2017 with one of his teammates might sound uncharitable, but there is plenty more than their forename that links Harrys Kane and Winks. While the former scored the 97th, 98th and 99th goals of his club career, the latter is still trying to break into Mauricio Pochettino’s team. Every performance sees an improvement in Winks’ attempt to be Tottenham’s next homegrown star.

While Kane’s excellence is now proven – his next goal will be his 20th of the season for the third season in succession – Winks is still in the proving stage. Yet Tottenham supporters are giddy with excitement about their little midfield gem, and desperate for him to make the grade.

Winks deserves huge credit for impressing in each brief window of opportunity, and for keeping faith in Tottenham. It has never been harder for academy graduates to break into Premier League clubs, particularly those with top-four aspirations. With Pochettino choosing to keep his favourite young players close rather than use the loan system, Winks has been starved of competitive football; ten senior career starts at the age of 21. To channel his obvious desperation to play in a positive manner says much for his maturity, and will stand him in good stead.

Manchester United’s star turns
It is obvious that Jose Mourinho did not want to have to call on Paul Pogba and Zlatan Ibrahimovic against Championship opposition. A manager expects his star turns to play the majority of the club’s matches, but Pogba and Ibrahimovic have started 64 competitive club matches between them in their first seven months in Manchester. The FA Cup has been the exception; neither started against Reading, Wigan or Blackburn.

However, while neither Pogba nor Ibrahimovic had played a minute against those first two opponents, both brushed away with ease and a 4-0 scoreline, reinforcements were needed against Blackburn. Within 15 minutes, Pogba had created and Ibrahimovic had scored his 24th goal of a remarkable season.

Brilliant players playing brilliantly should not be shocking, but the effect of Manchester United’s star turns on Sunday’s FA Cup tie was still striking. United created ten chances against Blackburn, and six of those came from two players substituted on with 28 minutes remaining.

For all the frustration of being sixth in the league under their new manager, the smiles on Manchester United supporters’ faces when they see players like Pogba and Ibrahimovic waiting to be brought on to win a match demonstrates their faith in Mourinho’s project. It’s only 14 months since United’s three substitutions to try – and fail – to avoid Champions League exit were Michael Carrick, Cameron Borthwick-Jackson and Nick Powell.

Rudy Gestede
The transfer window has only been closed for three weeks, and it turns out I’d already forgotten about a striker moving for £6m. That man is Gestede, the forward who as soon as I believe is good plays badly, and when I believe is bad plays very well indeed. Weirdo.

Gestede hardly received the full backing of Aitor Karanka when joining on Teesside. “I always said the aim in the transfer window was to improve the squad, and at the moment, we haven’t done that,” was the manager’s response when asked about the signings of Gestede and Patrick Bamford. Thanks gaffer, much appreciated.

The only positive reaction to that kind of backing is to show your manager that he was wrong be so disrespectful about your abilities, and scoring an overhead kick in only your second start is a pretty good move. Maybe Gestede can add to his 43 Premier League minutes since joining.

Neil Harris, one of the future boys?
If it is a good way of judging the next generation of English coaching, the list is not promising. This is the top five English managers aged under 45, ranked by current position in the league ladder of any of Europe’s top five leagues (permanent managers only):

Here is the same for Spanish coaches:

Here is the same for Italian coaches:

Rank those in one long list and you see the problem: Out of 20 managers, one Englishman features in the top 16.

To moan that English coaches aren’t given enough opportunities only tells a fragment of the story. Football club owners didn’t sit down in a room and decide they were going to ignore domestic managers, who can often be employed on a cheaper wage. The sad fact is that our coaches are not good enough. The reason Howe is so venerated is because he is the shining light through the darkness.

That means that managers like Harris at Millwall, an ex-player and club great now in charge of his former side, really might have to be one of our future boys. Results such as those gained by Millwall in this FA Cup run, beating Bournemouth, Watford and Leicester without conceding a goal, offer hope that there are good news stories for English coaching amidst the gloom. Just about.

Danny Cowley
The obsession with finding the ‘next Jamie Vardy’ is strong in the English tabloid media, the term used every time a club is reported to be interested in signing a player from non-league (which happens all the time).

‘Leicester hope they have found the next Jamie Vardy in Stafford Rangers striker Josh Gordon,’ read The Sun’s headline this weekend. In December, the Daily Star picked 11 non-league strikers they believe could be the ‘next Vardy’, while AFC Emley’s Ashley Flynn, Grays Athletic’s Dumebi Dumaka and Lewes’ Charlie Coppola all come up in a search from the last month alone.

Maybe the next Jamie Vardy isn’t a player after all, but a 38-year-old former PE teacher in charge of one of the greatest FA Cup runs in the last 50 years. There was some surprise when Cowley opted for Lincoln City when leaving Braintree Town, for the expectation was that the Football League was calling. Instead, Cowley chose the smaller step-up in order to gain experience, and it has proved a masterstroke.

Lincoln are top of the National League table, above free-spending Forest Green Rovers and Tranmere, but it is their cup run which has thrust Cowley into the limelight. Alongside his assistant manager brother, he has masterminded his way through six rounds and past opponents at National League, League One, Championship and Premier League level and set up a probable quarter-final at the Emirates stadium. Good luck to Lincoln in keeping hold of the Cowley boys beyond the summer.