Home Arsenal Five winners from the FA Cup fourth round 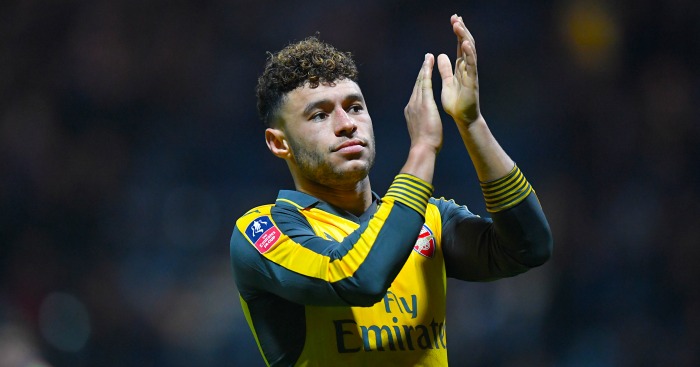 You really must read 16 Conclusions first, or none of this will make sense. Or something…

Bastian Schweinsteiger
Well well, welcome in from the cold. If Schweinsteiger was pleasantly surprised to start his first Manchester United game for over a year on Sunday, the German must have been shocked to hear Jose Mourinho talk up his chances of getting regular football between now and May.

Schweinsteiger’s performance against Wigan was an antidote to the tepid displays of Premier League reserves almost across the board. His movement is never going to be his strongest asset, but there was enough in his tackling, positioning and passing range to indicate that he could still be useful to Manchester United’s cause, even when the standard of the opposition is added as a caveat.

It really would be quite the redemption, with Mourinho forcing Schweinsteiger to train away from the first team regularly over the last few months. But, with Michael Carrick struggling to play twice a week and Morgan Schneiderlin departed, he really could be persona grata again. The next step is to play a Premier League minute for the first time since March 2016.

Alex Oxlade-Chamberlain
Danny Welbeck did the celebration and Theo Walcott scored the hat-trick, but it was Oxlade-Chamberlain who truly helped his cause. Arsene Wenger knows what Welbeck and Walcott can do, but would have been forgiven for doubting if Oxlade-Chamberlain still had the ability to dominate a game in centre midfield.

Let’s be clear: Wenger picked Oxlade-Chamberlain as a reserve option. He still has plenty to do to persuade Wenger that he merits the same trust in an important Premier League fixture or Champions League tie. Yet, with Granit Xhaka suspended for four games and Mohamed Elneny injured and absent at the Africa Cup of Nations, there is suddenly an opening to at least be under serious consideration. That’s particularly true if Wenger opts to stick with the 4-3-3 formation that helped to swat aside a rotten Southampton on Saturday.

This was a display that answered all of our doubts about The Ox, even if one FA Cup swallow does not make a summer. The ball retention was excellent, linking of play superb and positional discipline surprising, but most encouraging was the midfielder’s obvious confidence when on the ball. Self-belief is an issue previously diagnosed by Wenger.

The question is what Oxlade-Chamberlain’s display means for Aaron Ramsey, who has drifted again this season. Those Arsenal fans who watched him against Southampton would hardly grumble if he had temporarily moved ahead of Ramsey in the queue. It’s worth rewarding success, after all.

Non-league teams
It is with regret that I must inform you that some people are at it again. The one thing that is comfortably worse than the FA Cup being de-prioritised by certain clubs is the litany of op-eds about recreating the magic, and telling those lower and non-league clubs that have flourished as a result that their achievement doesn’t really count for anything.

The biggest problem is that I can’t think of a situation whereby the bleaters are satisfied:

Scenario 1: Premier League and Championship teams rest players, meaning non-league and lower-league teams progress. Bleaters point out that progression has only been achieved because players were rested.

Scenario 2: Premier League and Championship teams don’t rest players, meaning non-league and lower-league teams are knocked out. The fifth round is comprised of 13 Premier League clubs, two from the Championship and one from League One who had a gentle run of fixtures in the competition. The bleaters say the dominance of the richest clubs has eradicated the magic of the FA Cup, because giant-killings just don’t happen anymore, while also bemoaning the fact that young players don’t get given chances to impress.

Here’s the thing: This is the reality. The biggest clubs have the most money and the better players. You can moan about the wealth at the top of English football all you like, but as a journalist it’s at least worth acknowledging that the global reach and appeal of the Premier League is what funds your job.

Rather than mourning for what has been lost, why not celebrate what we have? For the first time since the 19th century there are two non-league clubs in the fifth round of the FA Cup. Ask those on the pitch after the final whistle at Sutton United whether they care about Leeds resting players. Ask anyone in Lincoln this morning whether their joy has been tempered. Of course it bloody hasn’t.

Cesc Fabregas
No league start in 2017 and five all season, Fabregas’ cup minutes in 2016/17 are quickly catching up with his league minutes. That’s a manageable situation for a 21-year-old looking to break into the team, but not a Spanish international who turns 30 in May.

Fabregas is in an uncompromising position, back-up for Chelsea but only one injury away from being a key part of a title bid. Reports have linked him with a move to Serie A throughout the last six months, but Antonio Conte won’t want to lose him and Fabregas must surely want to win a second league title in three seasons.

It is a tribute to Fabregas’ professionalism – not always lauded as his strongest suit – that he has impressed on almost every one of his recent outings. No rustiness, no lethargy, no demotivation. Against Brentford on Saturday, he was wonderful.

It’s hard to see how Fabregas breaks into Conte’s first-choice team, with the balance of Nemanja Matic’s solidity and N’Golo Kante’s stamina the perfect combination in central midfield, but that should not be sold as an insult to the Spaniard. He remains a damn fine player when required.

David Wagner
Huddersfield Town are the eighth highest-ranked team whose passage through to the FA Cup fifth round has been confirmed. If Brighton, Newcastle and Leeds passed up their opportunities of progression away at lower-ranked clubs, Huddersfield did nothing of the sort. They crushed Rochdale 4-0.

Importantly for Wagner, this was a victory achieved despite his team struggling for much of the first half, prompting a clear change in approach at half-time that paid dividends.

“We had to be open open to different circumstances, and this was different, especially the pitch,” Wagner said. “It wasn’t what we needed for our style and our identity. After 20 minutes we realised we wouldn’t be able to play our normal football. At half-time we were able to change the ideas of our game – in the second half we didn’t do what we normally do. It is what we have sometimes done shortly before the final whistle – long balls, play for second balls and set-pieces, a more British style if you like. It’s big credit to my players that they were able to immediately change the ideas of this game. We had the right FA Cup attitude. Work and fight and go against big hurdles, be proper Terriers.”

Top marks for integrating the club’s nickname into his post-match quotes, but also for doing the unthinkable at Huddersfield Town. Not only has Wagner sculpted a promotion challenge in rapid time, he has also engineered a cup run that sees Huddersfield as the highest-ranked Championship team left in the competition. Huddersfield no longer want a big draw, but Sutton, Lincoln or Oxford at home. They’re two wins from Wembley, and don’t rule out a return in the play-off final.

Jurgen Klopp may be under pressure, but across the Pennines his former assistant is spinning plates and delighting the locals. The suspicion is that this ends with Wagner in the top half of the Bundesliga but, for now, just enjoy the ride.