Home Chelsea Five winners from the FA Cup third round 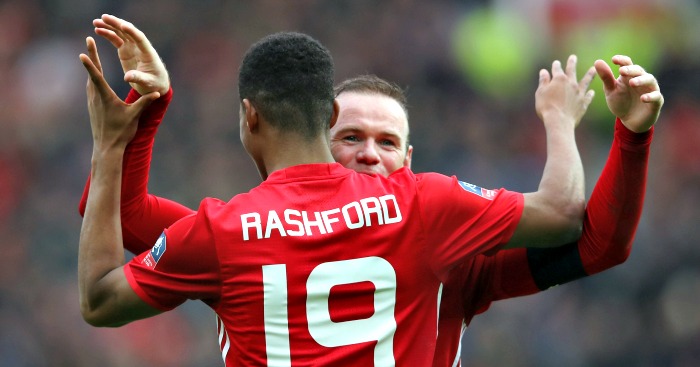 We already brought you five losers from the FA Cup third round. Now it’s time for the winners…

Harry Winks
“Since I have been in the first-team squad after the manager came here, he has made a point of not sending me out on loan,” Winks said after the FA Cup victory over Aston Villa. “He wants me here to train, he said he wants me to train and stay and play here. The fact that he wants me to do that is obviously a good sign for me and that he likes me.”

So goes the Mauricio Pochettino plan, the refusal to loan out young players he believes are good enough to break into the first team. One start in a Tottenham shirt is worth four or five at a Football League club playing a different system with different teammates, or so the theory goes. Be patient and your time will come.

The flip side to young players getting less competitive football by remaining at their parent club is that they are desperate to impress when chances come their way, and Harry Winks is a perfect example of that. Turning 21 next month, Winks has played just 22 senior games but feels cherished by Pochettino and slots easily into a midfield role after training with the first-team squad every day.

We may have seen only brief glimpses of him – 40 Winks, if you will – but glimpses are enough to convince that he could be the latest young Tottenham player to shine. Against Villa he was the best player on the pitch, confident enough to demand the ball and mature enough to pick the right option with his pass.

.@HarryWinks racked up some impressive stats this afternoon… ? #COYS pic.twitter.com/lkQ8CWKPvE

Add Sky Cinema for just £8.50 a month extra, if you already have Sky Sports

Michy Batshuayi
One of the patterns of this Premier League season has been the lack of rotation among the league’s top strikers, and Batshuayi has felt that effect more than most. Bought for £33m in the summer, the Belgian has played just 84 minutes of Premier League football. He has been the fall guy of Diego Costa’s wonderful form and good behaviour.

Yet being considered a lesser all-round centre forward than Costa is hardly the most damning of insults, and Batshuayi has plenty enough in his game to succeed at Stamford Bridge or elsewhere. He must be incredibly frustrated at the current situation but, aged 23, time is on his side.

Against Peterborough, we got the perfect demonstration of Batshuayi’s talent, yet evidence too of why he isn’t challenging Costa for a starting place. Too often he runs down a blind alley with the ball and shuns the simple pass – though that is indicative of a striker trying so hard to impress. More positive was the composed finish for Chelsea’s second goal, and his turn and layoff for Pedro’s second. Chelsea’s support was left thoroughly cheered that their forgotten forward had enjoyed a rare day in the sun. Next stop Swansea?

A goal & an assist but most important is a great win by the team ✌ congrats to peterborough and good luck for the season?#cfc #jobdone pic.twitter.com/zcbIwXJFRX

Marcus Rashford
A winner for the second week in succession, an excellent substitute display was followed by another fine performance after starting against Reading. This was the first time Rashford had scored more than once in a game since his Premier League debut against Arsenal, and more evidence that 2017 can be another excellent year after a dip in form in the autumn.

If you think I’m being overly enthusiastic with my praise for a player scoring twice against Championship opposition, Jose Mourinho went several steps further by saying that he believes Rashford could become Manchester United’s record goalscorer. More pertinent was his praise of the striker’s mental resilience after missing first-half chances.

“I spoke with him at half-time,” Mourinho said. “I told him that I don’t care with the goals he missed in the first half because he had big responsibility in the way we were breaking their defensive line. He was playing so well for us. One more goal, one less goal – it doesn’t change.”

Zlatan Ibrahimovic might not be for moving from United’s starting line-up, but Rashford is reminding Mourinho of his talent at just the right time.

Two goals and a top display from @MarcusRashford – he was delighted to get back on the scoresheet for #MUFC: https://t.co/7OcmkGb78g pic.twitter.com/9H6LYIHQiE

Marco Silva
There’s nothing like staunch xenophobia and wilful ignorance to make us want a manager to succeed. Paul Merson’s initial rant about Silva’s appointment at Hull City was enough to make us angry, but the pundit’s recommendation a day later that Thierry Henry should have got the job just made us laugh. Because if there is one guy who has done the hard yards in the Football League and has a British passport, it’s good old Thierry.

Or, alternatively, a guy who has learnt a new language in his own time, won league titles and domestic cups and managed in the Champions League. The guy who led his team to a 3-2 victory at the Emirates last season, or has Merson forgotten that too? I’m left with a lingering sadness that neither Jeff Stelling nor Matt Le Tissier brought that up.

Anyway, a good start for Marco Silva as Hull won their first game in two months and kept their first clean sheet in all competitions since August 20. Given that six of Hull’s next seven fixtures are against Manchester United (x3), Chelsea, Liverpool and Arsenal, he needed an early success. Time to draw Manchester City or Tottenham in the fourth round to complete the set?

Mike Phelan used to get some stick for his subs. Marco Silva has 2 subs score the goals for @HullCity in his first game. #hcafc

Jerome Sinclair
If we were going to compose a list of Premier League summer transfers that had completely slipped our minds, Sinclair’s move from Liverpool to Watford would rank highly. The wide forward left Anfield after being unable to break into Jurgen Klopp’s first-team plans, but has hardly found a happy home in Hertfordshire.

Troy Deeney, Odion Ighalo, Isaac Success and Stefano Okaka have all played more minutes than Sinclair; that puts him fifth in the striker queue. Roberto Pereyra, Nordin Amrabat, Juan Zuniga and Jose Holebas have all played more more minutes too; that puts him fifth in the winger queue. Walter Mazzarri’s change to a back three with wing-backs hardly helped Sinclair’s cause.

Yet recent crisis brought a change of shape, and Sinclair was afforded a rare start as a wide forward. He scored the clinching goal against Burton and looked brighter than Ighalo has all season. Having picked the ball up in his own half, Sinclair beat two defenders before striking the ball past Jon McLaughlin from the edge of the penalty area.

So, chance of a run in the Premier League? Maybe not. Monday brought reports that Mazzarri was looking to loan Sinclair out to the Championship, with Brentford a likely candidate. Oh well; at least he scored.