Home F365 Features Five wonderful transfers that did not quite happen… 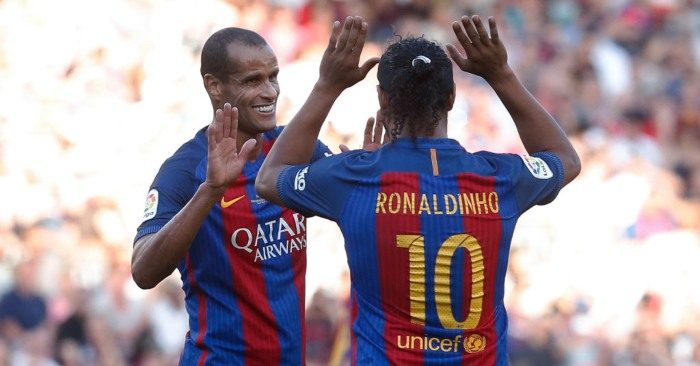 There’s always ‘that one that got away’…that player that couldn’t agree personal terms or was tempted elsewhere at the last minute.

1) Zinedine Zidane to Blackburn Rovers
Back in 1995, champions Blackburn Rovers were looking to bolster their squad ahead of the new season. The 50-goal strike force of Alan Shearer and Chris Sutton that drove Rovers to their first Premier League title required a better supply line, according to manager Kenny Dalglish.

Dalglish wanted Zinedine Zidane. The 23-year-old was in Bordeaux, gliding across the pitch in a style we would soon recognise on his way to three league titles, a Champions League, a European Championship and the World Cup.

When Dalglish inquired whether the club would be able to stump up the cash for Zizou, owner Jack Walker allegedly replied in his typically quotable style: “Why do you want to sign Zidane when we’ve got Tim Sherwood?” Excellent point Jack…

Walker reputedly had a slogan hung up on the wall of his office which read: ‘Rule One, I am always right. Rule Two, when I am wrong, read Rule One.’ He must have been reading that first rule an awful lot between 1995 and 1999 as Rovers slipped down the division and were eventually relegated from the Premier League.

2) Robinho to Chelsea
In 2008, Chelsea were on their way to Europe’s top table with two Premier League trophies, a host of cups and a ridiculously strong spine of Petr Cech, John Terry, Frank Lampard and Didier Drogba. What they needed was a sprinkling of stardust in the form of Brazilian showman Robinho.

With the deal all but finalised, Chelsea had shirts printed with his name on the back and ‘Number TBC’. But Robinho’s current club Real Madrid did not like this; they spat the dummy and instead did a deal with Chelsea Mark II (in terms of financial backing) Manchester City.

Robinho was a marquee signing for City. They had financial clout but no real pulling power without Champions League football – this guy could change everything. He sat down for his first press conference, the face of a new dawn in front of the world’s media, and said: “On the last day, Chelsea made a great proposal and I accepted.”

3) Ronaldinho to Man Utd
Football transfers are often like a property chain – a club can buy a player only if one of their players has been bought by someone else. If a transfer falls through, the chain is broken and you end up back at square one with no idea which box contains the bottle opener.

This was the case for Manchester United and Barcelona in 2003. Alex Ferguson wanted David Beckham out; his stardom and the media spotlight that followed him created a shadow over Old Trafford that his manager could not tolerate.

Beckham from United to Barcelona and Ronaldinho from PSG to United was the chain. Joan Laporta had promised to sign Beckham as part of his election manifesto at Barcelona, but United and Beckham dragged their feet because the England captain had his heart set on a move to Real Madrid.

Barcelona wanted the English countryside mansion and ended up with a beach house on the Copacabana instead. Meanwhile, United settled for a stylish condo – postcode CR7. And that didn’t go too badly.

4) Cristiano Ronaldo to Arsenal
With Arsene Wenger it always seems to be a case of ‘what could have been’ with transfers. Yaya Toure, Paul Pogba, Gerard Pique, Petr Cech (when he was good), even Lionel Messi are all said to have been ‘close’ to signing for Arsenal. There’s a full XI.

Cristiano Ronaldo had reportedly all but signed for the Gunners in 2003 before Alex Ferguson and compatriot Carlos Queiroz persuaded 18-year-old Ronaldo to sign for United instead. “He was very close to coming here,” said Wenger in 2014. “He has a No 9 shirt with Ronaldo on the back from Arsenal Football Club. What happened was that Carlos Queiroz went to Manchester United and they snapped him away from us because he knew him from Sporting.”

Arsenal were pretty good that season – invincible in fact. They probably didn’t care that Ronaldo was now at Old Trafford; they had Thierry Henry, after all. But meanwhile in Manchester, the talent of the spotty, curtain-haired Portuguese was simmering and the ‘one trick pony’ would go on to become one of the greatest goalscorers the world has ever seen.

5) Rivaldo to Bolton Wanderers
The Bolton of the early noughties were one of those teams it was impossible not to begrudgingly like – they had three or four players that we are contractually obliged to write were ‘worth the ticket fee alone’. Ivan Campo with his mane of hair and rocket right boot. Fernando Hierro with legs gone but presence of mind and winning mentality still very much intact. And of course Jay-Jay Okocha, the most joyous footballer to play in the Premier League – so good they named him twice.

And they nearly signed another Wanderers Galactico in 2004. As early as April of that year a deal was said to be done to bring World Cup winner Rivaldo to Bolton on a free transfer that would earn the Brazilian £1million a year. A penchant for bicycle kicks, a reputation for feigning injury and a fiery temper that would inevitably have led to a bust-up with Big Sam. Why does it feel like we all missed out?