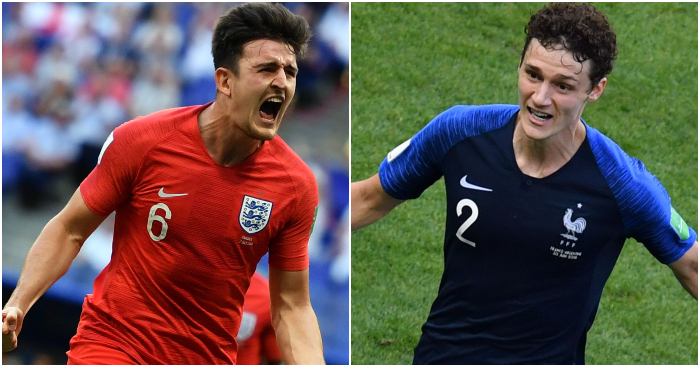 Harry Maguire
‘Slabhead’ is the cult hero of this England team’s run to the semi-finals but there is a whole lot more to the six-feet-four-inch centre-half moulded from Sheffield steel than a bonce with its own gravitational pull.

Maguire has all the traits required of a modern centre-half, including the one that seems too often to be forgotten: the lad can defend. When the Yorkshireman isn’t stopping attacks, he’s starting them either with a penetrative pass or by carrying the ball through lines.

Manchester United have been linked with seemingly every centre-half in Europe except Maguire. Jose Mourinho wants Toby Alderweireld, but if United pay more than £55million for a 29-year-old with a patchy fitness record while Spurs reinvest that money in Maguire, then Mauricio Pochettino wins again.

Phil Thompson reckons Liverpool should be moving for Maguire and it’s hard to argue with his reasoning. The only issue is price. Leicester paid Hull £12million last summer though that figure could rise to £17million depending on add-ons. Given the 25-year-old is a shoo-in for the Ballon d’Or, you would expect the Foxes to have to stump up a big slice of that conditional payment. They could make around four times that figure just 12 months on.

Domagoj Vida
If Jurgen Klopp doesn’t fancy forking out a Virgil van Dijk-sized sum for a partner for Van Dijk, then Croatia defender Vida could be a much cheaper option if he is willing to persist with Dejan Lovren.

Vida, who moved to Besiktas on a free in January, is rumoured to be a target for Klopp to add depth to his central defensive options and a bid of around €18million is said to have been rejected because the Turkish club reckon they might be able to get double that amount. Not bad for six months work.

Leicester have also been credited with an interest in the ponytailed defender who celebrated his goal against Russia by posting a video on YouTube dedicating it to friends at former club Dynamo Kiev while shouting ‘Glory to Ukraine’.

Benjamin Pavard
The scorer of arguably the goal of the tournament so far, Pavard has played every game for France except the 0-0 draw with Denmark during which Didier Deschamps gave much of his first XI a breather. The 22-year-old, from the same town in northern France as Jean-Pierre Papin, is Deschamps’ first-choice right-back but Pavard plays primarily as a centre-half for Stuttgart.

The versatile defender, who has featured across Stuttgart’s defence and almost across their entire midfield too, was one of only four players to play every minute in the Bundesliga last season and reports in Germany have already linked him with a post-World Cup transfer. Manchester City, Bayern Munich and Real Madrid are all credited with an interest in Pavard, who moved to Stuttgart in Bundesliga II two years ago after falling out of favour at Lille.

Stuttgart are insistent on keeping Pavard – for now. “We will not sell Benji for €50m this summer, we want to keep him,” said the club’s sporting director, Michael Reschke, though he is aware of the Frenchman’s release clause of €35million, which can be activiated in 2019. “We will gladly forgo a lot of money if he plays for us for a further season,” claimed Reschke, but they might think twice if they can get close to double that figure.

Definitely worth getting up in the middle of the night for #FRAARG, particularly this Pavard screamer. Adios Messi! #WorldCup pic.twitter.com/lf6otpRRrN

Axel Witsel
There are a few in the Belgium squad playing for their country with half an eye on what World Cup success might do for their club careers. Thibaut Courtois  is desperately hoping Real Madrid finally forget all those other keepers that have been ahead of him in the queue for the Bernabeu, while Toby Alderweireld and Mousa Dembele are also keen to catch the eye of clubs willing to pay them more than Spurs.

Witsel doesn’t need a payrise – there isn’t a club in the world who would offer him one. The Belgium midfielder has earned around €30million since moving to the Chinese Super League 18 months ago. But despite taking the money then, as he did when moving from Benfica to Zenit in 2012, Witsel kept his place, not only in Belgium’s squad but in Roberto Martinez’s first XI.

The 29-year-old combined with Marouane Fellaini to screen Belgium’s back four against Brazil, allowing the front three more freedom to break. Despite Napoli president Aurelio De Laurentiis’ assertion that “someone who plays in China has forgotten how to play in Italy and in Europe”, Witsel showed he could still do a job at the the highest level. Whether he wants to is another matter…

Ante Rebic
The winger has played all 240 minutes of Croatia’s last 16 and quarter-final matches after being forced off against Argentina with an injury that came only moments after he had ruined Willy Cabellero by dispatching a sublime volley past the hapless keeper.

Rebic was being linked with Bayern Munich even before the tournament. It is an extremely convenient link given the 24-year-old’s coach at Eintracht Frankfurt last season, Niko Kovac, has recently trodden that path.

The 24-year-old says he will address his future after tournament, so hopefully he’ll have that to chew over after being run the wrong way by Kieran Trippier or Ashley Young on Wednesday night. Everton and Tottenham are also said to be sniffing around the winger who scored nine goals and offered three assists while playing a huge role in his club’s DFB Pokal triumph at the end of the season.