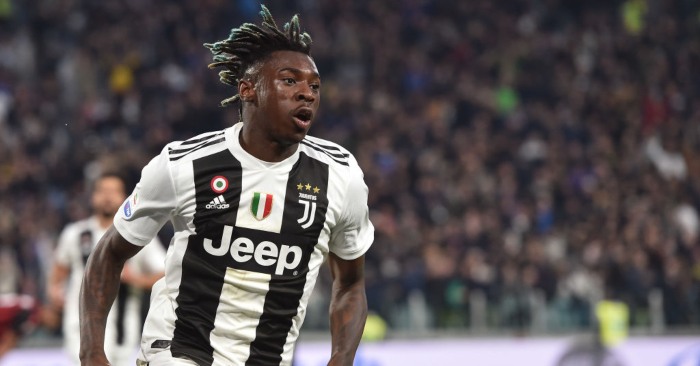 As it stands, four Premier League clubs have made a profit on transfers this summer. While Chelsea had little choice in the matter, Liverpool have seemingly made their own bed and Crystal Palace are nervously sitting on an Aaron Wan-Bissaka windfall they are reluctant to spend, Everton have found themselves in financial credit but yawning football debit in a summer that glistens with opportunity to bridge the gap to the nether regions of the top six. The price received and the profit made on Idrissa Gueye is only excellent business if the Blues have a plan that extends beyond replacing him with the most basic, sensible signing of the summer in Fabian Delph.

After the belated success of last summer’s transfer business – when ‘they were brave without being risky, ambitious without being ridiculous’ – we predicted much of the same this summer, when mid-June brought confirmation that Andre Gomes would sign on a permanent deal. In the six weeks since, the excellent but understated news of Delph’s signing has been tempered by the exits of Gueye and Ademola Lookman, of reliable service and wasted potential. With ten days left of the transfer window, the faith of Evertonians in the Marcel Brands/Marco Silva axis is being severely tested.

Five years after Everton signed Romelu Lukaku from Chelsea for what proved to be a bargain £28m, the Toffees need to make a similar statement. They need a signing that sells shirts, inspires memes and puffs out chests. Wilfried Zaha would have fit the bill, but Italian striker Moise Kean could be an even better idea. He certainly fits the club template of a young signing from an elite club, with last season’s six goals in 13 Serie A games for Juventus (and two in three for Italy) providing just the right dose of optimism that Everton could once again boast a 20-goal striker and a potential push for European football.

The squad needs strengthening elsewhere – they are two centre-halves down after the exits of Phil Jagielka and Kurt Zouma, and Kevin Mirallas appears to be their current second-choice right-back – in addition to a hefty cull that should see Mirallas, Yannick Bolasie, Cenk Tosun, Cuco Martina, Oumar Niasse and others leave these shores. But the priority has to be a striker to wear the No. 9 shirt with a little more distinction than Sandro Ramirez and Arouna Kone. Since the onset of 2019, only Manchester City and Liverpool conceded fewer Premier League goals than Everton, but a barely believable 15 teams have scored more. To go into next season with the same collection of attacking players – and a weaker defence – would be tantamount to negligence.

There are links to Fiyako Tomori – who better to replace an on-loan Chelsea defender than an on-loan Chelsea defender? – and Southampton midfielder Mario Lemina, who could be a £20m revelation in the right hands, but the real giddiness should be reserved for the signing of a forward, particularly one who slots into Silva’s vision of a mobile and interchangeable front three to play ahead of Gylfi Sigurdsson. Like Dominic Calvert-Lewin but much, much better. Which pretty much sums up 19-year-old Kean, described by Italian boss Roberto Mancini as “destined for greatness”.

It also looks like he might be destined for Everton, who are in dire need of both a goalscorer and a coup to ease the pain of losing their beloved tackle machine. There is still just about enough time to turn this into a profitable summer on something other than the balance sheet.