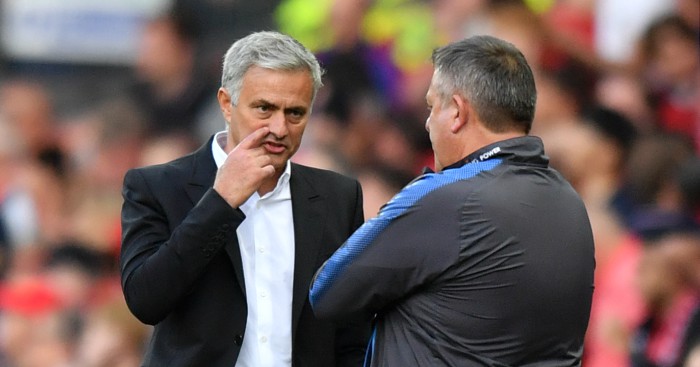 Any league’s most compelling feature is its purity. A club knows they will have 38 games, with everyone playing everyone else an equal number of times, home and away, at the end of which the league table will be their judge. Unlike cup competitions, a club can have no excuses or caveats about getting a difficult draw in the league. It is as close as you can ever reasonably expect to a level playing field.

For managers, it’s different. When your job may be on the line at any moment, you really only have a random cross-section of fixtures with which to prove yourself – it could be any length, and could contain any combination of teams – and if you don’t perform, you’re out.

For a manager, calling that a level playing field must be like knowing that you and all the other managers in the division are going to have a small parsnip inserted somewhere delicate, but not knowing which way round it’s going to go in. Sure, everyone ends up holding the same volume of root vegetables, some may even find it an enjoyable experience, but you pity the poor sod who’s had to take it sideways.

That must be a little bit how Craig Shakespeare feels this week. Leicester, whose aspirations must surely only be as high as a top-half finish even in the best of cases, have already played four of last season’s top six – losing all of them – when on average you would expect them to have played just two or three of the big boys after eight games.

A difference of two or three games doesn’t sound like a lot, but over just eight games, it is huge. Judging from their return of six points from their other four games, a kinder run of fixtures at the start of the season may have seen Leicester take around three more points, putting them in mid-table alongside West Brom, Southampton and Huddersfield. So far this season, those three have played the big six just twice between them, and last season’s entire top half just five times from their combined 24 games.

There are obvious retorts to this simplified way of looking at things, particularly in the form of Burnley (five points from their three games against the big six) and Watford (four from three). It is also, admittedly a bit ‘if I won the lottery I’d be a millionaire’ – but the point is that the order of the fixtures can and does make a difference to a manager’s job security.

I think of it as the Roberto Di Matteo effect. In 2010/11, the Italian led his newly promoted West Brom side to sixth place after nine games, picking up points against Spurs and Manchester United and winning 3-2 away to Arsenal, before a dismal run of 11 defeats in 16 games saw them sink to 17th, at which point Di Matteo was sacked.

Then very much the boing-boing Baggies, West Brom had no aspirations beyond survival at the start of that season, but with that early run, Di Matteo set himself a standard he was then unable to maintain. Had their results come in a different order and the side had sat in bottom-half safety all season instead, it seems unlikely he would have lost his job.

Clearly there are real physical and psychological forces at work here as well, but to a great extent, the perception of form is the consequence of our very human inability to recognise randomness when we see it. This affliction has been to the enormous benefit of casinos, but we can also enjoy it as football fans: a dramatic great escape from relegation or title collapse is far more enjoyable if you are able to ignore that pedantic voice telling you it’s just deviation to the mean.

You just feel a little bit sorry for those bosses who happen to draw the especially irregular parsnips.