Home All The News Wenger: Flamini two-footer was foul – on him 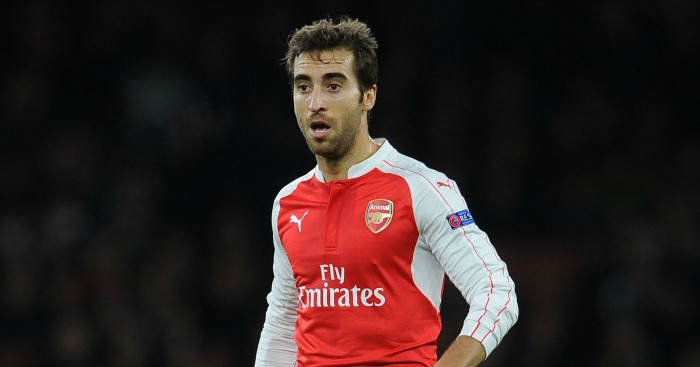 Arsene Wenger feels a red card for Mathieu Flamini’s tackle on Bournemouth midfielder Dan Gosling would have been ‘harsh’ and thought it was a foul to Arsenal.

Referee Kevin Friend dished out a yellow card to Gunners midfielder Flamini in the eight minute for a two-footed challenge on Gosling, but Bournemouth boss Eddie Howe thought the tackle deserved a harsher punishment.

“I felt it was a red card. I had a very good view and I felt it was two-footed. That type of tackle has been outlawed,” he said.

“You can’t do it. For me, it was a pretty simple decision. It was a straight red card and it would have had a huge bearing on the game. I was surprised when the ref only produced the yellow.”

Wenger, however, didn’t agree with the Cherries boss, believing it was just as much of a foul on Flamini as it was Gosling.

“I’m fairly sure at the start it was a free-kick to us because Flamini was there first and I didn’t see how high he was,” Wenger said. “He was first on the ball, I don’t even think he needed to tackle.

“It was maybe [a foul by] both. Maybe it was a foul from Flamini because he had high feet, I have to look at it again.

“I still feel that he was first on the ball and went for the ball and didn’t go for the player. It would have been harsh.”