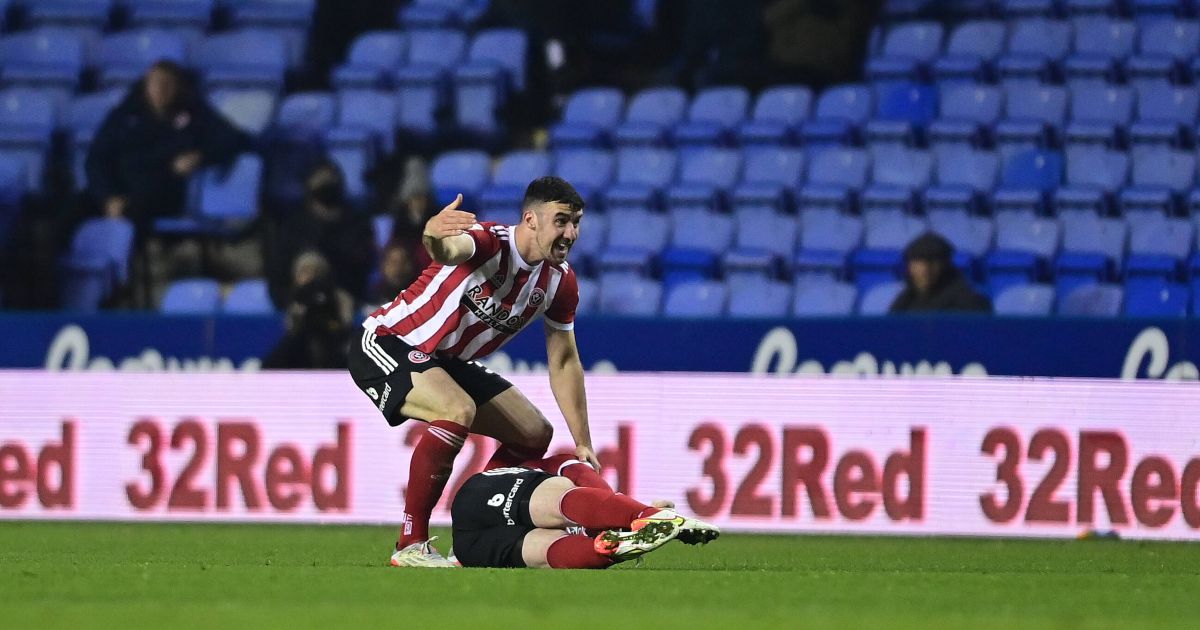 Sheffield United midfielder John Fleck has been discharged from hospital after collapsing on the field during Tuesday evening’s 1-0 win at Reading.

United manager Slavisa Jokanovic expressed relief after the match that the 30-year-old player was “conscious and talking”.

Longer half-time breaks? FIFA have been here before…

Fleck was allowed to return home on Wednesday, where he will continue to be monitored closely by the Blades’ medical staff.

“Sheffield United is grateful to report that John Fleck has been discharged from hospital and will return to Sheffield today,” read a statement from the Sky Bet Championship club.

“He was conscious when he was taken to the Royal Berkshire Hospital and was communicative with club and medical personnel, as well as his family.

“After comprehensive medical examinations and staying in hospital overnight for observation, he has been allowed home, where United medical staff will continue to monitor him closely.

Sheffield United is grateful to report that John Fleck has been discharged from hospital & will return to Sheffield today.

He was conscious when he was taken to the Royal Berkshire Hospital and was communicative with club and medical personnel, as well as his family.#SUFC 🔴

“United and John Fleck would like to thank all who assisted at a stressful time last night and also everyone for their supportive messages.”

Fleck went down off the ball just after the hour mark on Tuesday, with team-mates quickly calling for medical support.

The Scotsman was given oxygen and, after a 10-minute delay, was taken off on a stretcher and out of the ground to a waiting ambulance.

The South Yorkshire club held on for a first victory in four matches following a goal from defender Jayden Bogle.

After the game, Blades boss Jokanovic said: “John is conscious, he is in the hospital, he is talking with the doctors and he is in good hands.

“I didn’t really see the incident but it looked like he just collapsed, without any physical contact around him.

“I am not a doctor but the news is positive. It was not an easy situation for everybody.”