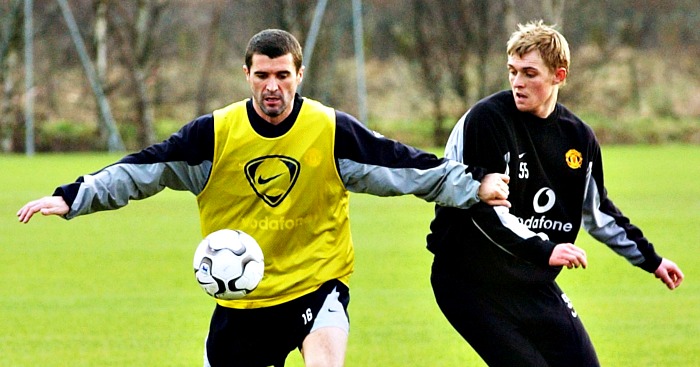 Darren Fletcher admits that he gets “frustrated” when people tell him Roy Keane “didn’t rate” him.

Fletcher played alongside Keane for two years at Manchester United, the Scot having made his first-team debut in 2003.

Keane would leave United to join Celtic two years later, but West Brom midfielder Fletcher has revealed that the Irishman is one of his main career influences.

“It frustrates me that some people think Roy didn’t rate me because he probably moulded me more than any other player I have known,” he told the Daily Mail.

“People remember the controversial stories and the times he went mental. But the rest of the time he made me feel on top of the world.

“What about the story where I’ve been out for two months and Roy says loudly, ‘I am glad this lad’s back. We have missed him’. That’s not a great story. It’s a better story to say, ‘Remember that time Roy nailed Fletch in the dressing room for looking at his phone?’.

“That did happen, yeah. But it was rare and that was just about standards. It was his way of getting a message to everybody. That is what it was like at United.

“I just watched Roy and learned, but above all of that I just liked him. I still like him. He was an unbelievable leader and a fantastic player, the best first touch I ever saw.

“I walked on the pitch next to him and knew we would be fine. That is leadership. It’s what I want to do for people at this club.”