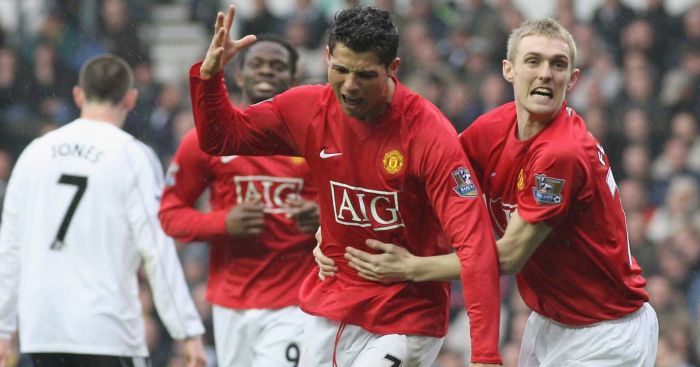 Darren Fletcher claims that Manchester United players would often laugh at Cristiano Ronaldo over his attempts to become the world’s best player – but ultimately they “respected it”.

Ronaldo, who now plays for Juventus after his summer move from Real Madrid, spent six years at Old Trafford between 2003 and 2009.

In his final couple of seasons with the Red Devils he established himself as one of the best players in world football and former team-mate Fletcher explains how he took training to “another level”.

“He had a mindset that he was going to be the best player in the world from the day when he came into the club,” Fletcher told Sky Sports.

“He took training to another level. At first, people loved the desire but he did get stick for it with people saying: ‘It’s easier said than done’.

“But people respected it and liked that mentality of wanting to be the best.”

And Fletcher continued by revealing that some of the players would laugh at Ronaldo’s bizarre training routines.

“There were times when he was putting ankle weights on for training and doing fast feet,” Fletcher added. “The lads were laughing at him but he didn’t care and it didn’t deter him. Ultimately people respected it.

“The lads saw it as a bit of banter but deep down they respect that work rate, that desire and that sheer determination to be the best player in the world, and he went on to achieve it.”