Home All The News Flitcroft: Modern management is like being on Tinder 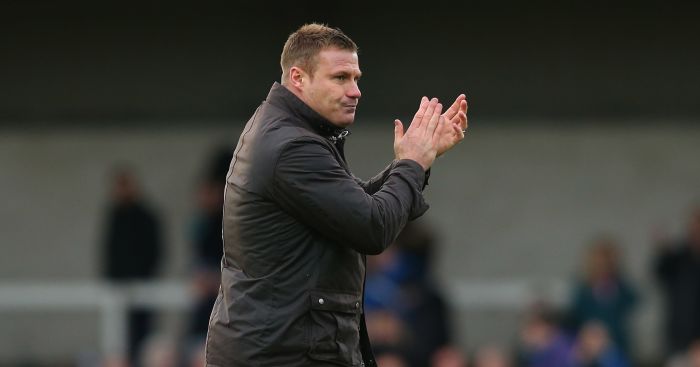 Tinder is a dating app, founded in 2012, that allows people to like or reject possible matches based on looks and first impressions.

Flitcroft has guided the Stags to sixth place in League Two but he knows that he needs to keep up the momentum in the future or the club’s board could well ‘swipe left’ on his spell at the club.

“Everyone wants things instantly now,” Flitcroft told BBC Radio Nottingham. “You can put a boxset on and watch it for 10 hours instead of waiting for a week for the next episode.

“You used to have to chat a bird up but now you can just swipe left or right on Tinder. It’s the way life is. Nobody’s got any patience anymore.

‘There’s no respect for building or time. People just want things now. When I was learning to drive I worked in a factory to save up for my car and for driving lessons but people get them given as Christmas presents now.

“The world has changed, life has changed and everyone wants things instantly and when they don’t get it they chuck their toys out of the pram.”

The comments come as Mansfield face Notts County, who are on their third boss this term after sacking both Kevin Nolan and Harry Kewell, at Field Mill this weekend.