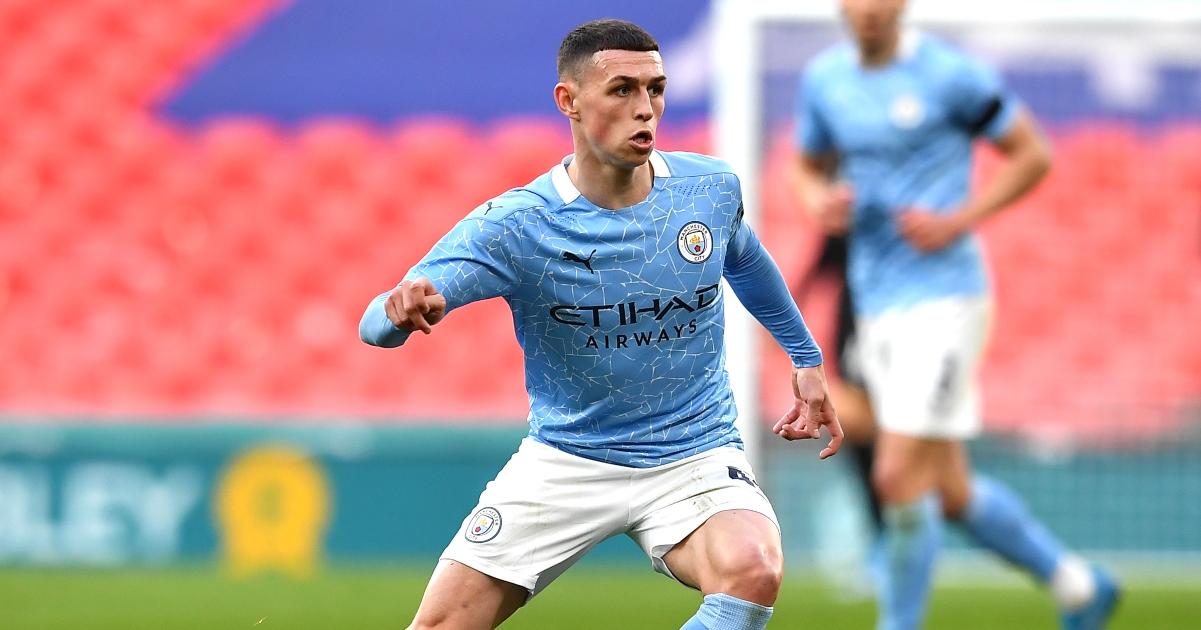 That is the bold claim of talkSPORT pundit and former Tottenham midfielder Jamie O’Hara.

Manchester City midfielder Foden is expected to play a key role for England in this summer’s Euros.

MAILBOX: Now to bleed the Glazers dry and let Real, Barca do a Leeds…

The 20-year-old appears a certain starter for the Three Lions, having forced his way back into the reckoning following a COVID breach at the start of the season.

And O’Hara was quick to liken him to another England midfielder who courted controversy yet had a massive impact on the tournament the last time it was played on these shores.

“I know people always compare him to Paul Gascoigne, but I look at Foden and think he’s better than Gascoigne,” said O’Hara.

“He offers so much to the team. The way he carries the ball and runs through the pitch – and that’s what I loved about Gazza.

“He’s the go-to-guy. He’s the man when they need someone to step up in big moments then it’s Phil Foden. He just produces on the big stages and he’s done it all season.”

Foden has been gradually integrated into the City line-up under the tutelage of Pep Guardiola, with the current campaign his most prolific in terms of appearances – and goal involvement.

The ‘Stockport Iniesta’ has never been afraid to set his sights high, though, revealing to The Athletic that he wanted to become a City legend.

He went some way to doing that with goals in both legs of the Champions League tie with Borussia Dortmund, continuing a rich vein of form in Europe’s premier competition.

And, based on his current rate of development, O’Hara sees no reason why Foden can’t go on to join David Silva and Vincent Kompany in being immortalised outside the Etihad.

“We talk about David Silva, a Man City legend in terms of what he’s done, but he went to the club when he was established as a finished article,” said O’Hara.

“For me, Phil Foden is going to be way better than Silva at Man City.

“He’s doing it already against Real Madrid and he’s still only a kid.”