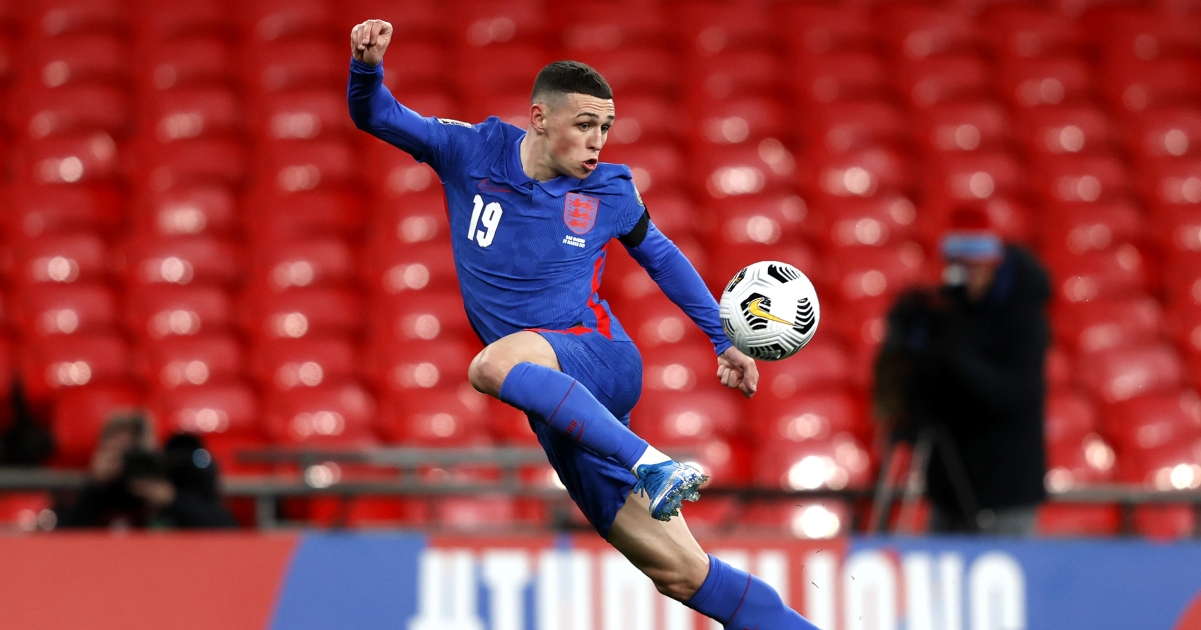 Phil Foden believes the rescheduling of the European Championship has worked in England’s favour, allowing them to take advantage of an extra year’s development for their promising youngsters.

The Manchester City midfielder has already made 37 appearances this season as Pep Guardiola’s side chase an unprecedented quadruple.

The 20-year-old also made his England debut in September, opening his international account with a brace in a Nations League win over Iceland two months later.

His fine start soured when he was sent home from the England squad along with fellow newcomer Mason Greenwood after the pair breached coronavirus protocols in Iceland.

Greenwood has since found himself back with the under-21s while Foden has been reintegrated into the senior squad.

And, alongside players such as Bukayo Saka, Reece James, Jadon Sancho and Jude Bellingham, he represents a brave new dawn for Gareth Southgate’s side.

With all having played key roles for their club sides in the current campaign, the Stockport-born midfielder admits they are well positioned to capitalise on the 2020 postponement.

“It has given us that extra time to play at our clubs because obviously we are all very young,” he said.

“So maybe it has helped us get the opportunity to get in now. That appears to be the case. Hopefully we will win the league and maybe a couple more trophies this year.

“That would give me the confidence to push on and be in the England team, for sure. Trying to get as much experience as possible and you have to play games to get the experience so I am trying to keep playing in the biggest games I can and keep improving my game.”

Foden came off the bench in England’s 5-0 World Cup qualifying win over San Marino on Thursday night and could return to the starting line-up for Sunday’s trip to Albania.

Despite the bookies having him nailed on for a place in Southgate’s Euro 2020 squad – he is 1/7 with Sky Bet to make the 23 – Foden is not taking anything for granted.

However, he admits he is approaching the summer in the most confident form of his fledgling career.

“Obviously there are so many great talents playing well at the moment so there are places up for grabs,” he added.

“All I have got to keep doing is do well at my club and hopefully it will give me opportunities to play more games for England.

“If I don’t get picked I will just keep working hard and try and improve. I am still only 20 and got a lot to improve.

“It’s really important to be consistent with your club and I want to just take that form for my club into England as well.

“Some players in the past have struggled with performing for their clubs and with England as well so I want to take the form that I have shown with my club into England and hopefully just play the same way and do what I do best.

“So I would say – is this the most confident I have felt in my career? Probably, yes.”