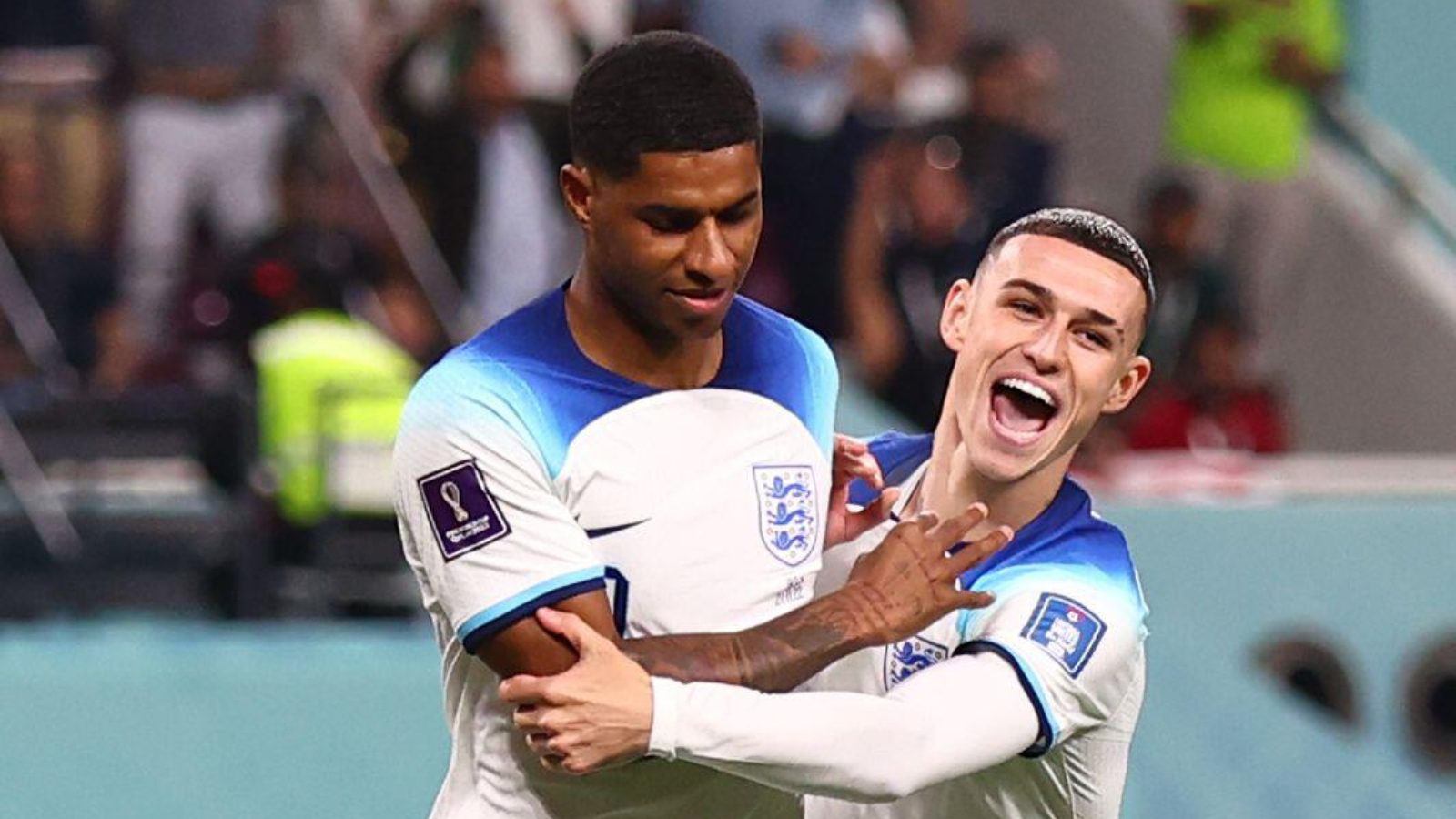 The Three Lions qualified for the second round at the World Cup as Group B winners and will now face AFCON champions Senegal on Sunday.

England overcame Wales on Tuesday thanks to a brilliant double from Rashford either side of Foden’s tap-in at the back post on a comfortable night for Gareth Southgate’s men.

Rashford had a difficult time at club level last season, looking well below par in a Manchester United side lacking in confidence and motivation.

He already has four goals and two assists in 14 Premier League matches this season, which is exactly the same amount as he got in the whole of last campaign.

And now Rashford has brought his form for Man Utd to the World Cup stage and Foden thinks Rashford is going to be a threat for the rest of the tournament.

Foden told ITV: “In the first half I didn’t really show my attacking threat. In the second half, Gareth managed to swap me and Marcus around so the second I got the ball I thought I was just going to drive with it. Luckily I managed to win the free kick and Marcus did the rest.

“This guy, for sure, is top three in the world the way he strikes the ball. If he continues to hit the target he’s going to score a lot of goals.

“Great talent, he’s unbelievable isn’t he. You can see today how crucial he’s going to be in the next stages. We’re going to need him for sure.”

Manchester United and England team-mate Harry Maguire – who has been brilliant at the World Cup so far – also had some kind words about Rashford.

Maguire said: “I am really pleased for Marcus. He showed he belongs on this stage,”

“For the last year or so he has been in and out of the England team. I think he has really found his form again for Manchester United and he is a massive player for our club.

“Throughout a long career, you will always have ups and downs and it is all about how you bounce back when you are out of form.

“He has kept working hard and done that tirelessly. I can’t speak highly enough of Marcus. He is a wonderful man and a great player.”