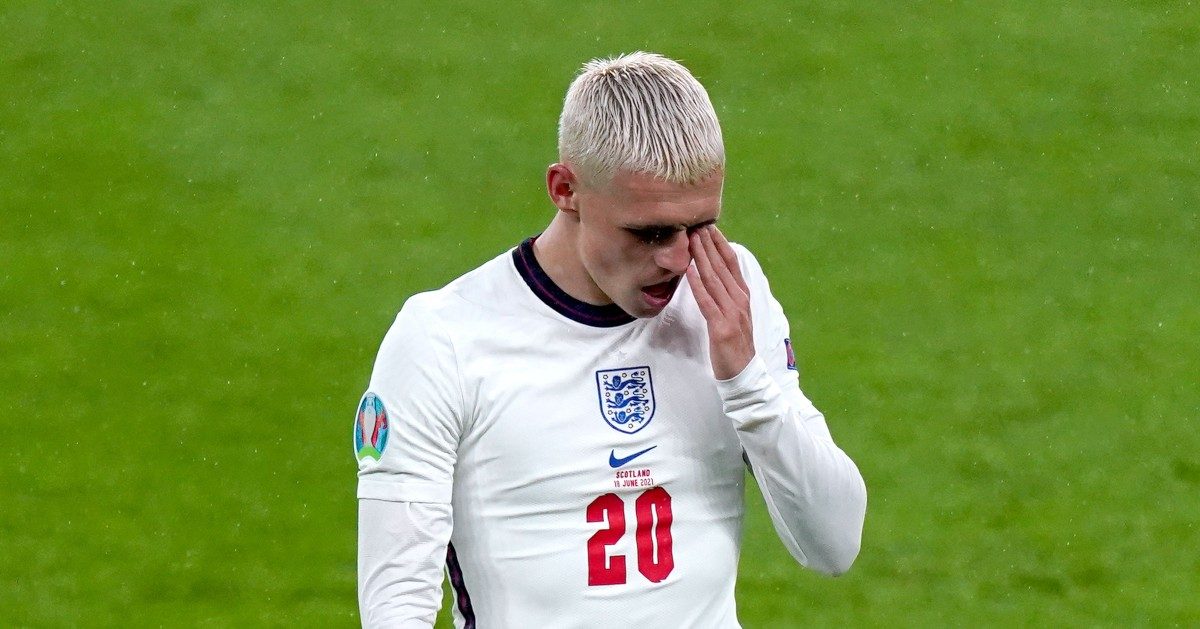 Phil Foden has hit out at critics of England manager Gareth Southgate and the nation’s mixed start to Euro 2020.

Southgate’s selection and tactics have been scrutinised in the opening two games of the tournament, especially following Friday’s disappointing goalless draw at home to Scotland.

The Three Lions have been shot-shy, registering just three efforts on target across their two fixtures – including Raheem Sterling‘s winner against Croatia.

Despite the underwhelming start to the finals leading to criticism of Southgate, Foden has no time for those questioning the England boss.

“He is a great coach – working with him every day you get to see what he is like,” the Manchester City winger told talkSPORT.

“He always has the players’ backs and I believe that his tactics are great so all these negative people don’t know what they are talking about because Gareth is a great coach.

“I believe in my team-mates. I see us every day in training and how much the creative players create chances.

Foden is prototype of English football’s present and future

“I just feel like it is going to come in the next game and we are going to create more so I don’t see it as a concern at all.

Foden enjoyed a fine campaign at City, scoring 16 goals and winning the Premier League and Carabao Cup as well as being named the young player of the season.

He has so far been unable to carry that form into the Euros but he rejected claims he is struggling to adapt between club and country tactics.

“We don’t play a massively different sort of way, it is a similar formation so I think I am doing alright,” he said.

“Obviously I can still do better but I believe I can just play for England like I play for my club so why not?

“I just want to try and be the best version of me. Try and bring my club form into the national team, I am still looking to improve my game for England and hopefully in the next game I can show what I can do.”