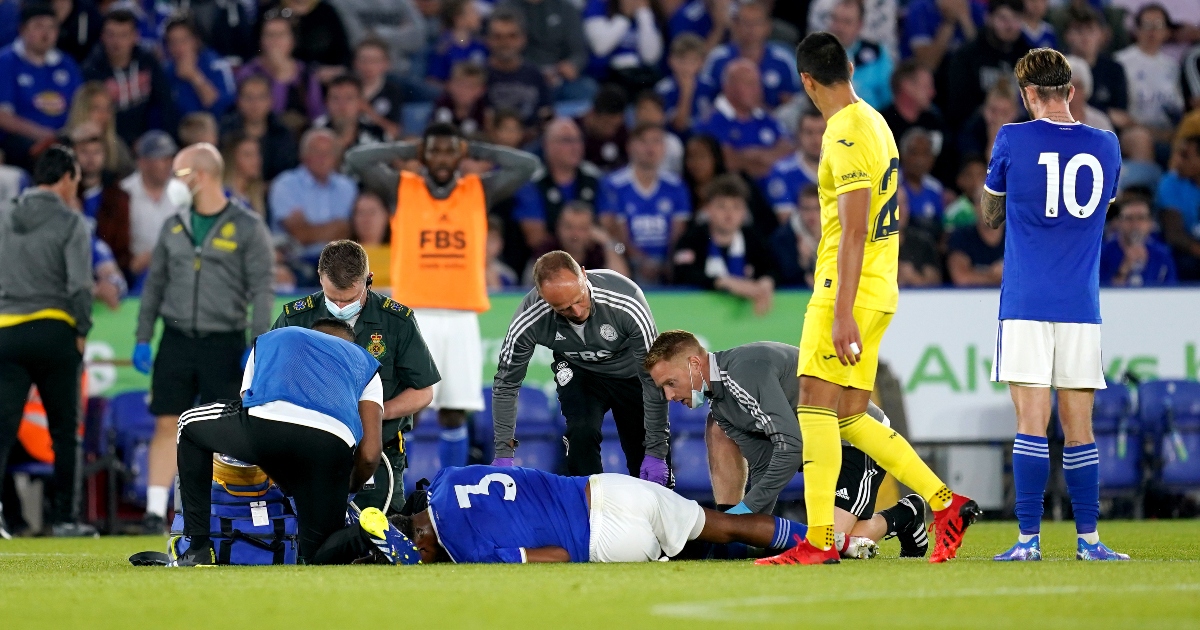 Leicester City defender Wesley Fofana has provided an update after suffering a leg injury following a horror tackle by Villarreal’s Fernando Nino in a pre-season friendly.

The Frenchman has vowed to come back stronger after sustaining the injury on Wednesday night.

Joining from Saint-Etienne in 2020 for around £31.5million, Fofana excelled in his maiden season in the Premier League, making 28 league appearances as the Foxes finished fifth.

However, Brendan Rodgers could be without one of his most important players for a large proportion of the 2021/22 campaign.

It has been confirmed that Fofana has suffered a tibia injury after being chopped down by Nino.

The 20-year-old shared a picture on social media of himself with an oxygen mask which has since been deleted.

However, he shared another message on Instagram last night, saying: “Hello guys, many thanks for all your messages. It is a bad day today but I am in a tremendous club with a wonderful medical team.

“I will give you news as soon as I have a final diagnosis but we already know that I have a fibula fracture. I will come soon and stronger: do not worry”

Leicester defeated Villarreal 3-2 in the friendly at the King Power, but the result was overshadowed by Fofana’s injury.

However, summer signing Ryan Bertrand had a great game as he provided two assists in the win.

Despite his stellar display, the focus was all on his teammate after the match.

“Obviously, everyone is thinking about Wes at the moment but we’ll find out more on that,” Bertrand told the club’s official website.

“That kind of took over the occasion and nobody likes that.

“Other than that it was a good performance from the boys before that, we gave a good account of ourselves, good fitness.

‘”But importantly, we came into the game thinking, ‘Yeah, it’s pre-season’, but now it’s time for results so we managed to do that.

“Unfortunately, what happened happened and it was a tough game for the change of team. They did very well to come on with the atmosphere and deal with the game after that.”