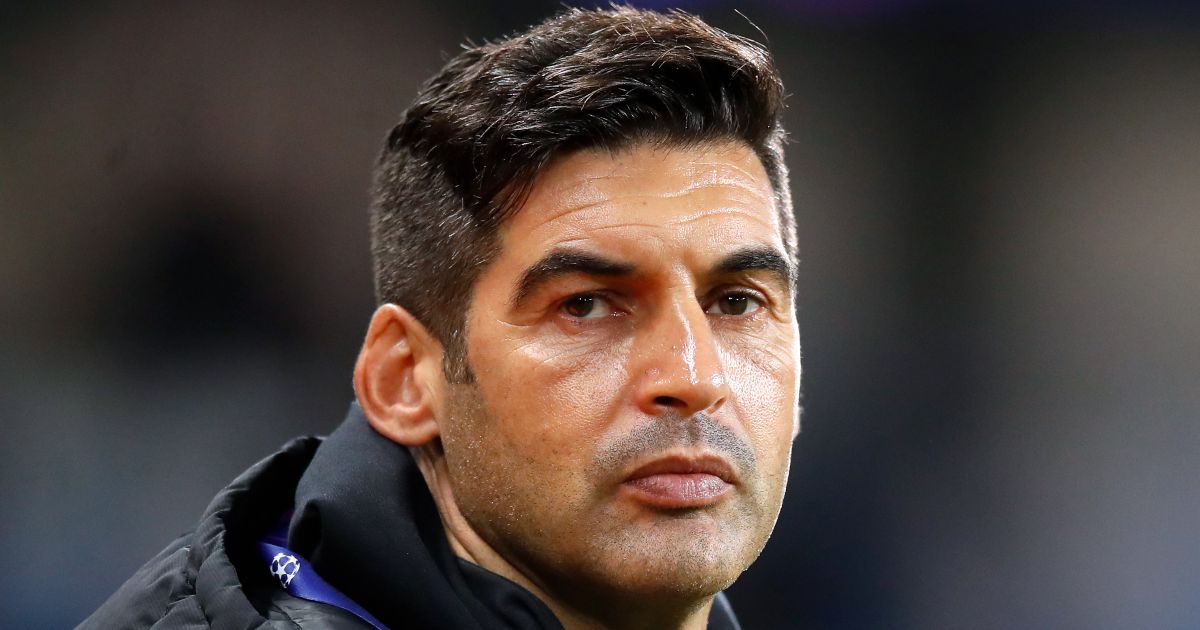 Paulo Fonseca wants to sign three of his former Roma players if he becomes the new Spurs manager, according to reports in Italy.

Reports emerged yesterday that Fonseca was in talks with Tottenham as they continue their pursuit of a successor to Jose Mourinho, who left the club in April.

Candidates continue to emerge and fade away with Antonio Conte seemingly on the verge of taking over before negotiations collapsed.

Sky Italia reported that Spurs are in advanced talks with Fonseca over the vacant hot seat. Discussions are ongoing, with the 48-year-old expected to sign a three-year deal in north London.

The appointment would see Fonseca swap roles with Mourinho, who was announced as the new Roma boss last month.

The former Shakhtar Donetsk manager could only lead Roma to seventh in Serie A this season, while he was knocked out of the Europa League at the semi-final stage to Manchester United.

The Portuguese is understood to be the first choice of incoming director of football Fabio Paratici.

Paratici’s arrival at Spurs is set to be announced in the coming days following his departure from Italian giants Juventus after a hugely successful 11-year stint and he is already involved in his new club’s lengthy managerial search.

And now Italian publication La Repubblica confirm Fonseca is set to do ‘the reverse of Mourinho’ by taking over Spurs and is looking to bring in ‘three of his former players’.

They add that Fonseca’s ‘three-year agreement is ready and only to be ratified’ in north London with the Portuguese coach set to earn ‘almost double’ his Roma salary.

As he thinks about bringing in players at Spurs, Fonseca is set to ‘turn to Italy and in particular to Rome’ and has ‘developed a genuine passion for at least three players’.