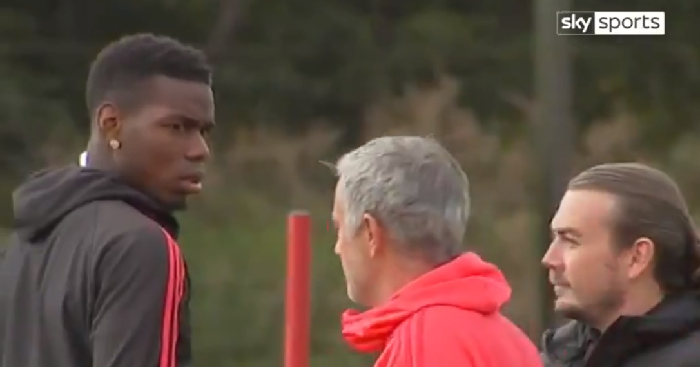 Paul Pogba and Jose Mourinho’s relationship is far from healthy, if footage from Manchester United’s training session on Wednesday is anything to go by.

Mourinho and Pogba’s time together at Old Trafford seems to be limited, with the manager removing the player as “the second captain” on Tuesday.

The full details of their latest damaging bust-up were revealed on Wednesday morning, while it has also been claimed that United are ‘unhappy’ with Pogba for ‘playing loud music’ ahead of the weekend draw with Wolves.

In their first public appearance together since that game, Pogba and Mourinho resembled a warring parent and child, with the former having assumed that his dad was only joking when he grounded him the previous night.

The pair can be seen deep in conversation, with Pogba frowning and dropping some serious attitude throughout. He is a bad egg, after all.

What has been said between the pair this morning? 👀 pic.twitter.com/nRiTEgDJlH

Ten facts about Serena Williams on her birthday, featuring Mmmbop and a scene with Peter Dinklage (Tennis365)

Coaches need to remember: Cricket is a captain’s game (Cricket365)