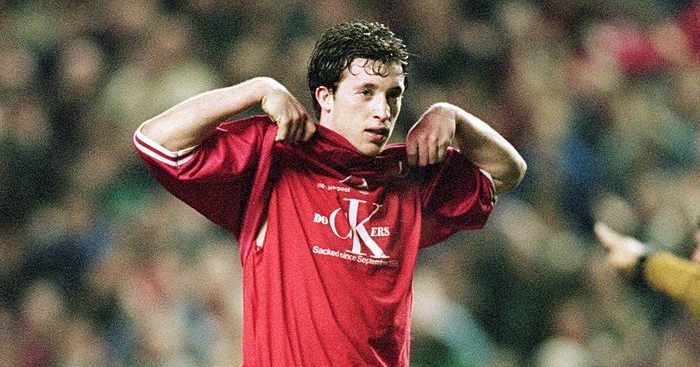 The Premier League will not fine Tyrone Mings for joining a Black Lives Matter march in Birmingham. That seems an enlightened approach for a sport that generally frowns on political statements. Here are ten other times that footballers and managers made their voices or gestures felt….with mixed results.

* Rapinoe v Trump
The world’s most famous Ballon d’Or winning women’s footballer is not backward in dealing with the issues of the day. She’s more open than the “uptight” English that’s for sure. In 2016 she kneeled during the national anthem to show solidarity with NFL player Colin Kaepernick against police brutality. Kaepernick’s reward for his gesture was to never play American football again. At the time, Rapinoe said: “Being a gay American, I know what it means to look at the flag and not have it protect all of your liberties.”

Before the World Cup victory in France last summer, the outspoken one made it clear she was “not going to the f**king White House if we win”. Probably not a bad thing given conversation might be a bit awkward.

* Robbie Fowler lifts it for the Mersey dockers
After scoring twice in a routine 3-0 victory over SK Brann in the European Cup Winners’ Cup at Anfield in 1997, Robbie Fowler lifted his Liverpool top to show a message urging support for the city’s dockers in an ongoing dispute. It read: ‘Support the 500 Sacked doCKers.’  Calvin Klein gave their brand on the shirts to Liverpool’s striker and Steve McManaman.

Robbie Fowler in 1997 showing his support for 500 dockers in Liverpool, sacked for refusing to cross a picket line. He was fined £900. Had always thought this was a bootleg shirt, but turns out CK made it for him. pic.twitter.com/yGKBpKXQR8

Fowler – being “in the moment” – forgot that the pact with Macca was only to expose the message in the shirt swap after the game. He was subsequently fined £900 by UEFA. Twenty-four hours previously, he had received a congratulatory message of sportsmanship from none other than the whiter-than-white Sepp Blatter at FIFA after trying to reverse a penalty decision won by falling over David Seaman at Highbury earlier that week. At least he had the decency to miss the penalty.

* Sasa Curcic and his Palace parade
Before Crystal Palace’s home match against Bradford in March 1999, the Eagles’ Belgrade-born midfielder Curcic paraded a placard at Selhurst Park calling for an end to NATO’s bombing of the former Yugoslavia. Curcic was like an Eastern European George Best with a taste for the nightlife and a twinkle in the eye. A UEFA spokesman (do they have names?) was rolled out to say: “Although recognising the gravity of the situation, our official stance is quite clear: politics should not be mixed with football.”

Fan favourite Curcic was eventually sold for breach of his contract; the club needed some quick cash after being plunged into administration with debts of 22 million.

* Pep tying a yellow ribbon around the independence tree
Manchester City boss Pep Guardiola was charged after wearing a yellow ribbon in support of imprisoned Catalan politicians calling for independence for the region. After sporting the item during the 2018 FA Cup match with Wigan, the Football Association ran out of patience after two previous warnings.

The Catalan-born City boss had argued that the symbol was not political but was eventually fined £20k for “wearing a political message” and for a breach of kit and advertising regulations. Don’t you just love protocols?

Pretty sure Guardiola’s yellow ribbon was an act of support (for those he feels have been treated unfairly), rather than an act of defiance. Weird from the FA. Again.

“Like everybody knows, hopefully sooner or later I can stop wearing it (the ribbon).”

He did. Guardiola turned up with a yellow daffodil for the game against Stoke to support Marie Curie, the cancer charity instead.

* Liverpool stand up to shield Michael
Liverpool’s parochial political message during the warm-up at Anfield against West Ham in 2008 was related in some way to their Istanbul triumph.

Encouraged by Jamie Carragher and Steven Gerrard, the club’s players wore t-shirts displaying the message ‘FREE MICHAEL NOW’ which was a shout out to Reds fan Michael Shields, who had been jailed in 2005 for the attempted murder of a waiter in Bulgaria. Shields had been on a holiday after seeing Liverpool win the Champions League final against AC Milan but was jailed for 15 years despite the public confession of another man. The Football Association opted not to take any formal action against the club. Shields was eventually given a pardon by justice secretary Jack Straw and released in September 2009.

* James McClean pushes back on the poppy
For several years, Derry-born McClean has refused to wear a shirt bearing the symbol of the remembrance poppy. It was only when he left Sunderland for Wigan, under threat of abuse, that he clarified his position. The midfielder insisted that wearing the symbol would be “a gesture of disrespect for the innocent people who lost their lives in the Troubles”.

McClean was also accused of turning his back on the British national anthem before a West Brom friendly in the United States in the summer of 2015. Baggies boss Tony Pulis said: “The great thing about this country is that everyone has the chance to voice their own opinion.” Or perhaps not when it comes to God Save the Queen.

The 31-year-old Republic of Ireland international deleted his Instagram account in March after he posted a picture of himself with a balaclava facing his two kids with the caption: ‘Today’s School lesson – History.’

* Anelka’s gesture gets him the sack
Maverick striker Nicolas Anelka was banned for five matches and slapped with an £80,000 fine in February 2014 after he was found guilty of making a gesture that was considered to be abusive or intolerant towards a race or religion.

The first picture is Wayne Hennessy seen doing a Nazi salute and the second is Nickolas Anelka “quenelle” arm gesture.

Guess which one was charged by the @FA for anti semitism ?

Anelka! Whilst many suggest that the Quenelle is an inverted form of the Nazi salute. pic.twitter.com/kiIrf1VU06

The ‘quenelle’ hand sign used by Anelka after a goal against West Ham in December 2013 was devised by the player’s friend Dieudonne M’bala M’bala, a man who had been arrested several times for anti-Semitic hate speeches. Anelka ultimately announced he was terminating his contract a couple of weeks later, but the Baggies sacked him officially for good measure. Anelka claimed: “At some point we must stop being paranoid and believing that we are all at war. The people who wrote the headlines do not know my life.”

The Big Red Book would be an interesting tale….

* Xhaka and Shaqiri have an eagle eye for goal
During the 2018 World Cup, Switzerland’s Granit Xhaka and Xherdan Shaqiri both performed the double eagle celebration after scoring in a dramatic 2-1 win over Serbia. In fact, they joined forces when Shaqiri notched the decisive goal in the 90th minute.

Both the Arsenal and Liverpool midfielder are of Kosovan descent, although Serbia does not recognise its independence. A pro-government Serbian newspaper said they had “humiliated” Switzerland while Albanian leaders applauded the pair. Xhaka’s father spent three-and-a-half years as a political prisoner in Yugoslavia while Shaqiri’s family fled to Switzerland as refugees.

The latter sought to downplay his celebration later, saying: “It’s just emotion. I’m very happy to score this goal. It’s not more. I think we don’t have to speak about this now.” Not how it works, Xherdan.

Jurgen Klopp left the star out of the Champions League trip to Belgrade a few months later to avoid extra hostility for his side. It didn’t exactly work as Liverpool got beat by a part-time electrician.

* Diego Maradona makes hay against USA
Maradona’s affiliation with the ideas of Fidel Castro and Che Guevara (their tattoos are on each leg) is strong. He also came out in support of Venezuelan President Hugo Chavez and become a very vocal opponent of American imperialism.

When George Bush visited Argentina in 2005, the little genius asked Argentines to march against the “human garbage” Bush, declaring: “As far as I’m concerned, he is a murderer; he looks down on us and tramples over us. I am going to lead that march along with my daughter.”

That wasn’t strictly true. Thousands did march but Maradona didn’t do the hard yards himself, getting a lift to the stadium where the anti-President rally was being held.

* Lilian Thuram interrogates integration
Guadeloupe-born Thuram is France’s most-capped international, and one of the stars of the 1998 World Cup victory. As a leader always he saw the wider aspect of the game: “1998 was the 150th anniversary of the abolition of slavery in France, so I think it brought all these questions out into the open.”

Thuram consistently challenged Nicolas Sarkozy’s policies of integration and once blasted: “What is being integrated? My mother is French, my father is French. Why do I have to be ‘integrated’? Because I am black. You’d never ask if a white man was integrated.”

In 2006, he then laid on buses to take 70 homeless immigrants expelled from a squat in Paris to France’s game with Italy as a stand against President Chirac’s immigration policies.

The Paris-based Fondation Lilian Thuram in Paris has developed a curriculum for anti-racist education. There’s a real legacy if ever there was one.